A crane is putting the building in jeopardy of collapsing again, keeping rescue teams from getting to some areas. 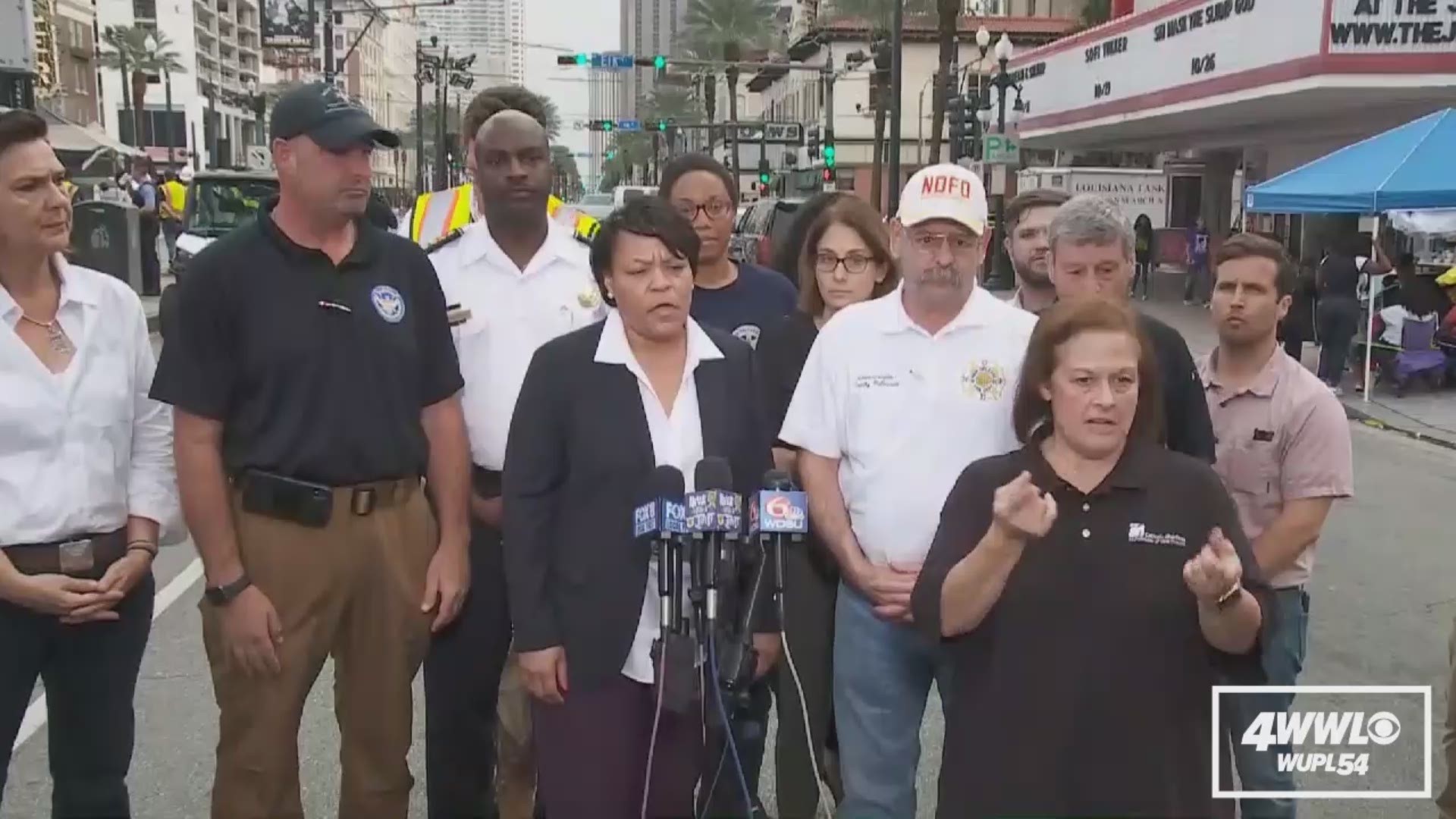 NEW ORLEANS — Rescue workers and search dogs moved gingerly through a dangerously unstable, partially collapsed hotel in New Orleans on Monday in a risky search for the only person still missing after the structure partially collapsed.

Two people are known to have died in the Saturday disaster and more than 20 were hurt.

Fire Chief Tim McConnell told reporters that engineers also were in the building to determine how best to stabilize it. And experts also were working on plans to stabilize and remove a 270-foot high crane, also in danger of tumbling.

"We have someone we have not located and can't get to where we think they might be," New Orleans Fire Department Chief Tim McConnell said. "Our goal here is to continue making the scene safe so we can continue getting into this building deeper and deeper for rescue purposes."

"We are putting our folks at somewhat risk," McConnell said Monday. "When you're in rescue — you're trying to get some people out — you take a little more risk."

Officials declined to say if they have any indication of whether the missing worker is alive after Saturday's collapse.

Several floors of the hotel toppled down Saturday amid blinding dust and flying debris. A WWL-TV viewer captured dramatic video of upper floors collapsing Saturday before one side of the building crashed to the street.

Large sections of two major thoroughfares near the French Quarter and the main business district remained closed, including streetcar tracks and bus routes. Mayor LaToya Cantrell said utilities were cut off to nine major businesses in the area. She said 37 families living in the area have been put up at hotels.

The cause of the collapse is under investigation. Officials said the last inspection of record at the site was Sept. 24.

Cantrell pledged the city's full cooperation in a federal Occupational Health and Safety Administration investigation of what went wrong.

"We're going to be as cooperative as necessary, to the fullest extent," she said at a news conference near the site.

Cantrell said city officials visited Sunday with the only injured person who remained hospitalized, suffering from a leg injury.

The project's contractor, Citadel Builders LLC, was flying in engineers from Europe to help crews remove debris without risking the life of the missing person or nearby buildings and aid in the investigation, officials said.

Neither Citadel Builders nor emergency officials have commented on any potential cause of the building collapse.

The new Hard Rock Hotel was under construction at the corner of Rampart Street and Canal Street, a broad boulevard just outside the French Quarter that is lined with restaurants hotels and retailers. Canal, which carries six lanes of traffic divided by a wide median where streetcars roll, separates the Quarter from the city's main business district.

Commuters who are expected to head back to work in Downtown should be aware of several road closures. Several blocks are closed around the collapsed building, so leave early due to the heavy delays expected.

"Traffic will be a problem and we want everyone to have a level of understanding and patience," said NOLA Public Schools Superintendent Henderson Lewis Jr. "Normal bus pickup time may be delayed."

Twenty-six RTA bus lines meet in the area and will be relocated, likely for weeks.

"This structure is not stable. We want people to stay away from the area. How we touch it — it just matters," the mayor said.