"It's a canine compassion course, but it's the same principles that hold true between dogs and their owners, that on a larger scale, holds true between people and each other." 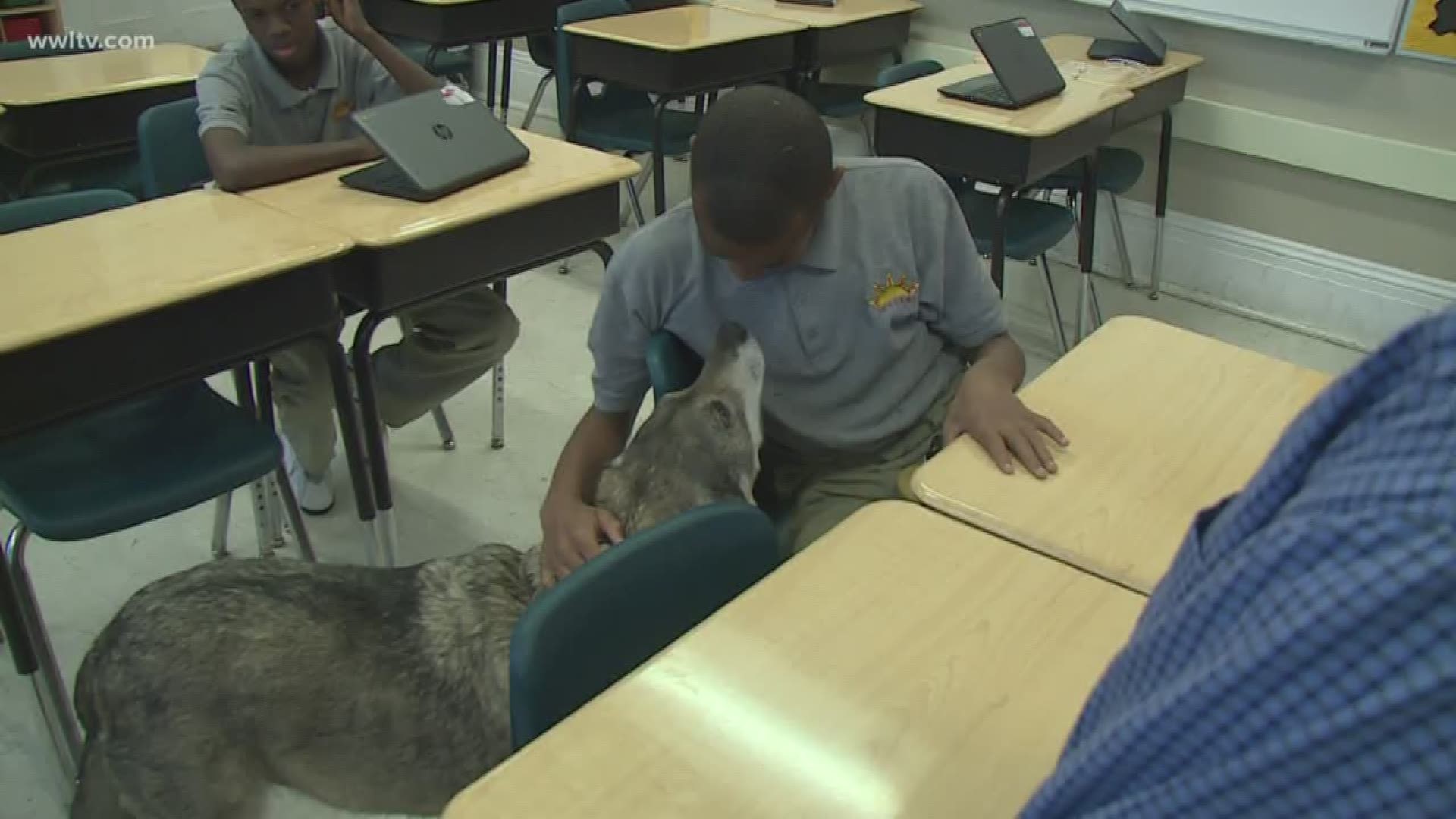 Members of a local, animal, volunteer group noticed they could pinpoint many of the homeless animals in shelters to the same neighborhoods. That's when they decided to be proactive, by lending a helping hand to people and their pets, but along the way their mission grew to preventing violence, by teaching compassion for all life.

Dogs like nine-year-old Romey no longer scare or make students in the eighth grade class uncomfortable. That's because at Arise Academy Charter School in the Upper Ninth Ward, they are learning from a special curriculum designed by The Inner Pup organization.

"It's a canine compassion course, but it's the same principles that hold true between dogs and their owners, that on a larger scale, holds true between people and each other," said Genie Goldring, Founder of The Inner Pup.

So while students learn how to understand dog communication and emotions, they are also getting valuable lessons about their futures from those who love animals.

"I've seen some of the most athletically talented people make some bad decisions and they are either on drugs right now, in jail or dead," said Dr. Jai' Diggs, a Veterinarian and Owner of AllStar Animal Clinic.

Dr. Diggs doesn't miss an opportunity to tell students the hard truth about why they should not be followers but rather should create their own futures.

"You know what made me change my mind? When both my uncles were killed in drug deals gone bad," he told the eighth grade students.

Coming from a broken family, abused as a child, he saw what was happening around him.

"I had a cousin that smoked synthetic marijuana one time, and now he needs assistance doing everything he does, because it fried his brain," Dr. Diggs told them sternly.

So he decided to use his intelligence to change his life. College and veterinarian school followed, so did a family, a business and a home.

It was all because Dr. Diggs' grandfather taught him to love animals when he was a young boy.

The Inner Pup is trying to be proactive with the classes and curriculum, changing minds before the thousands of homeless and abused animals come into the shelters.

"We can't adopt our way out of this, and we must, it must start with education," said Goldring.

They take the students on field trips to shelters to see the abandoned animals. Some students have seen abuse, neglect and dogs beaten and dog fighting in their young lives, but the course is opening eyes and hearts to a new direction.

"Dogs are just like humans. Treat them like you want to be treated," said Arise Academy eighth grader, Joyia Phillips.

"Give them a lot of care, love and protection," added her classmate Dajuanna Hogan.

The program is growing and even going international, teaching the curriculum to teachers in Thailand as well as in New Orleans, so they can teach it to their students.

This education will not only help her in the future, but has already helped a new four-legged friend, for life.

"I took a dog in a few weeks ago and he was just like so small, looked like he hadn't eaten, so we took care of him," said Phillips with a smile.

This was the third year for The Inner Pup classroom program. The volunteer group also helps with resources for low income pet owners, as well as putting on regular heart worm prevention clinics.

To learn more about The Inner Pup, click here.

Information about Dr. Jai' Diggs can be found here.