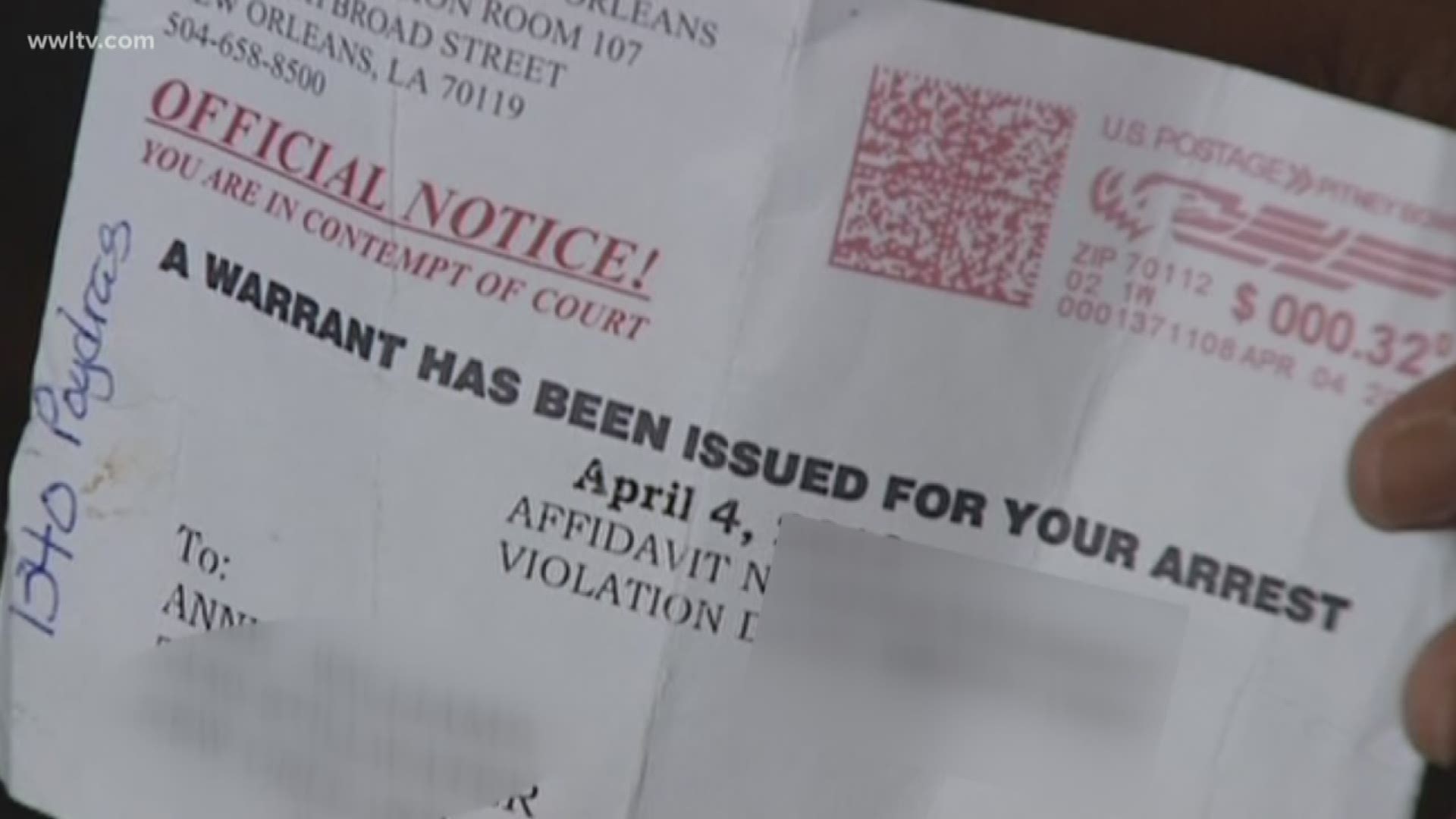 NEW ORLEANS — According to city data -- there are more than 55,000 outstanding warrants in Municipal and Traffic Court in New Orleans.

If you do the math, that means there is 1 outstanding warrant for every 7 people in the city of New Orleans.

"The main reason so many people are in this cycle is because they are poor and they could not get off work and did not have child care, they couldn't afford that fine on the front end," City Councilman Jason Williams said.

Williams is proposing a resolution to wipe out nearly all of the tens of thousands of arrest warrants and waive the accumulated court fines and fees.

He said it would apply to low-level, non-violent offenses often associated with homelessness and poverty.

"We're trying to focus on the most non-violent offenders in our system," Williams said. "Make the city safer and have more people be in voluntary compliance."

Rafael Goyeneche from the Metropolitan Crime Commission called what Williams is proposing a "slippery slope."

"This is not just about forgiving all of these fines and fees because if you do that, essentially then why should anybody pay their fines and fees in any criminal case," Goyeneche said.

"If someone has more than two attachments on them, they need to come see a judge," Sens said. "You don't get arrested here for not paying a fine. You get arrested for not showing up in court."

The judge maintains he doesn't have the authority to recall the warrants.

"I can't willy nilly go say we have 44,000 attachments and I'm going to dismiss them all," Sens said. "That's got to be something that done by a prosecutor."

The resolution has the backing of Stand with Dignity (an organization of Black workers and families) and Orleans Public Defenders.

Supporters are planning a rally outside City Hall after the hearing.