Those who conducted the study will have a community conversation on the report Tuesday, March 26 at 6 p.m. at the Tulane Small Center, 1725 Baronne Street. 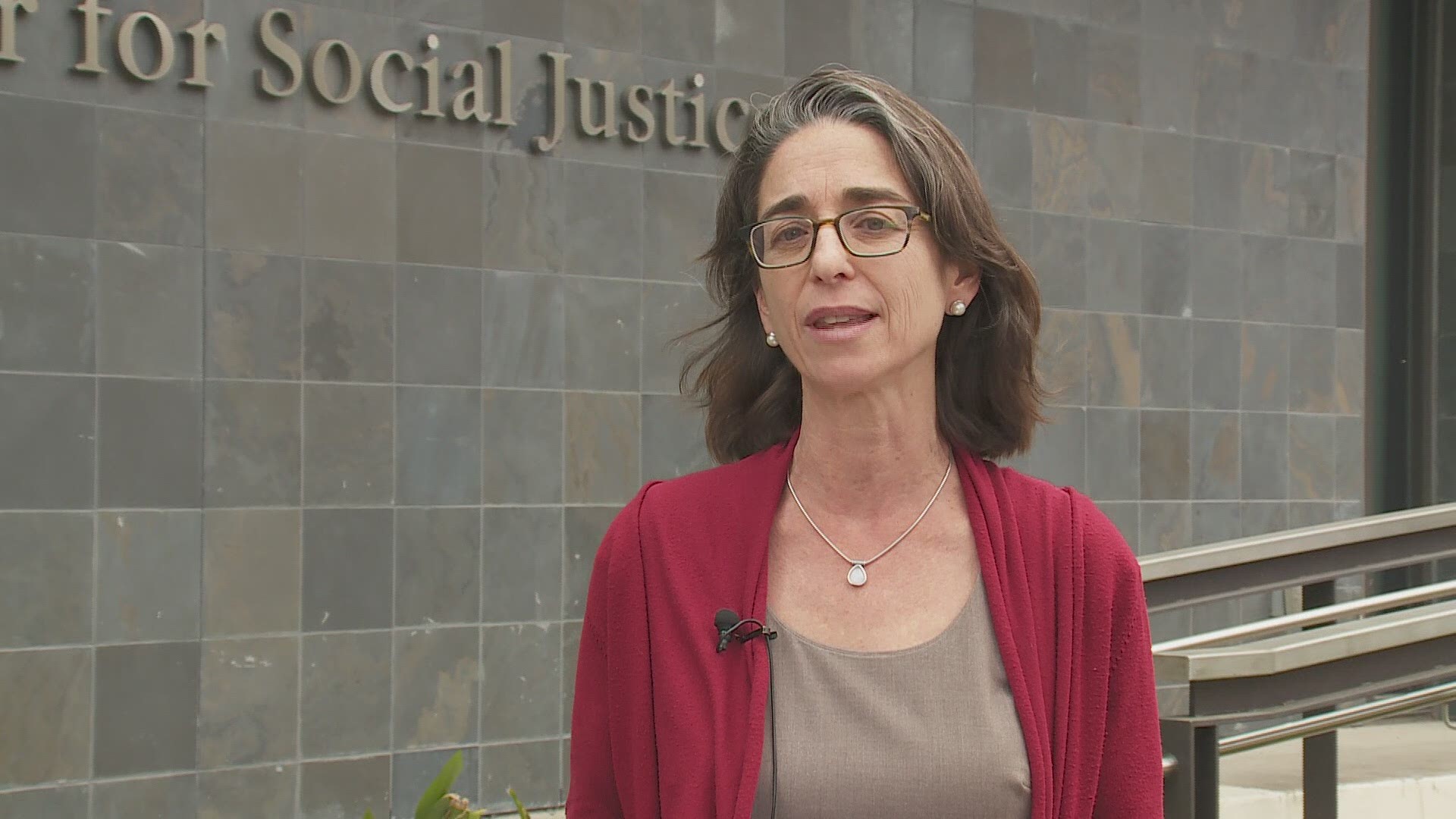 NEW ORLEANS — Rising rents, low wages, a system that is heavily-tilted toward landlords and the enduring effects of redlining have helped lead to a high rate of evictions in New Orleans – one that is nearly twice the national average, according to a new study conducted by Loyola University’s College of Law.

“We really want to show that this is a community problem,” Davida Finger, Professor at Loyola Law School said.

Finger along with Breonne DeDecker, with Jane Place Neighborhood Sustainability Initiative, have worked years on the study. They found an alarming number of evictions throughout New Orleans.

“Based on where you live, you have a higher probability of being faced with a court-ordered eviction any given year,” DeDecker said.

The study says that in a city where 55 percent of the residents are in rental units, 24,000 residents were displaced during the 3-and-a-half-year time period.

RELATED: 'It's really not a community.' Neighbors lament change they blame on short-term rentals

Those primarily and disproportionately affected by those evictions are African-Americans.

"It's become extremely racialized and that again speaks to the relationship between race and poverty,” DeDecker said.

The study found in majority black neighborhoods, one in four renters experienced a court-ordered eviction.

In neighborhoods that are majority white, one in 24 renters experienced a court-ordered eviction.

"The report only captures folks who've gone through the formal court eviction process. So as disturbing as the numbers are, it's important for the community to keep in mind that the crisis that we're facing is actually much larger than what's captured here in the report,” Cashauna Hill said.

RELATED: Residents worried ahead of eviction at apartment complex on Conti Street

"We know that people are being affected by not only evictions through the court process -- but they're also being affected by unlawful or informal evictions. We get calls from people everyday, who have landlords who have just illegally locked them out, who've placed their belongings on the street, rather than going through the process that we do have in the court system,” Hill said.

"It will allow a longer grace period for renters to pay their rent, 10 days. And that's really a win-win situation for tenants and landlords. Landlords want to get paid and tenants -- a little bit more time to pay their rent,” Finger said.

The report cited laws that heavily favor landlords, allowing them to demand rental payments even if the housing unit has water leaks, pests, wiring problems or other health issues.

Those who don’t make payments can be evicted, starting a spiraling set of circumstances that limit the ability to find another place to live. An eviction itself, once put on a person’s record, can restrict places they can rent. In addition, if the landlord doesn’t return a security deposit, those on limited incomes can have problems coming up with a deposit for another unit elsewhere.

The study suggested several ways to lessen evictions, mostly centering around rights for renters and sufficient notice of intended evictions.

Some of the other major findings include:

Those who conducted the study will have a community conversation on the report Tuesday, March 26 at 6 p.m. at the Tulane Small Center, 1725 Baronne Street.