The article says that the contents include: Confederate States Seal, Confederate and United States flags, photos of Robert E. Lee... 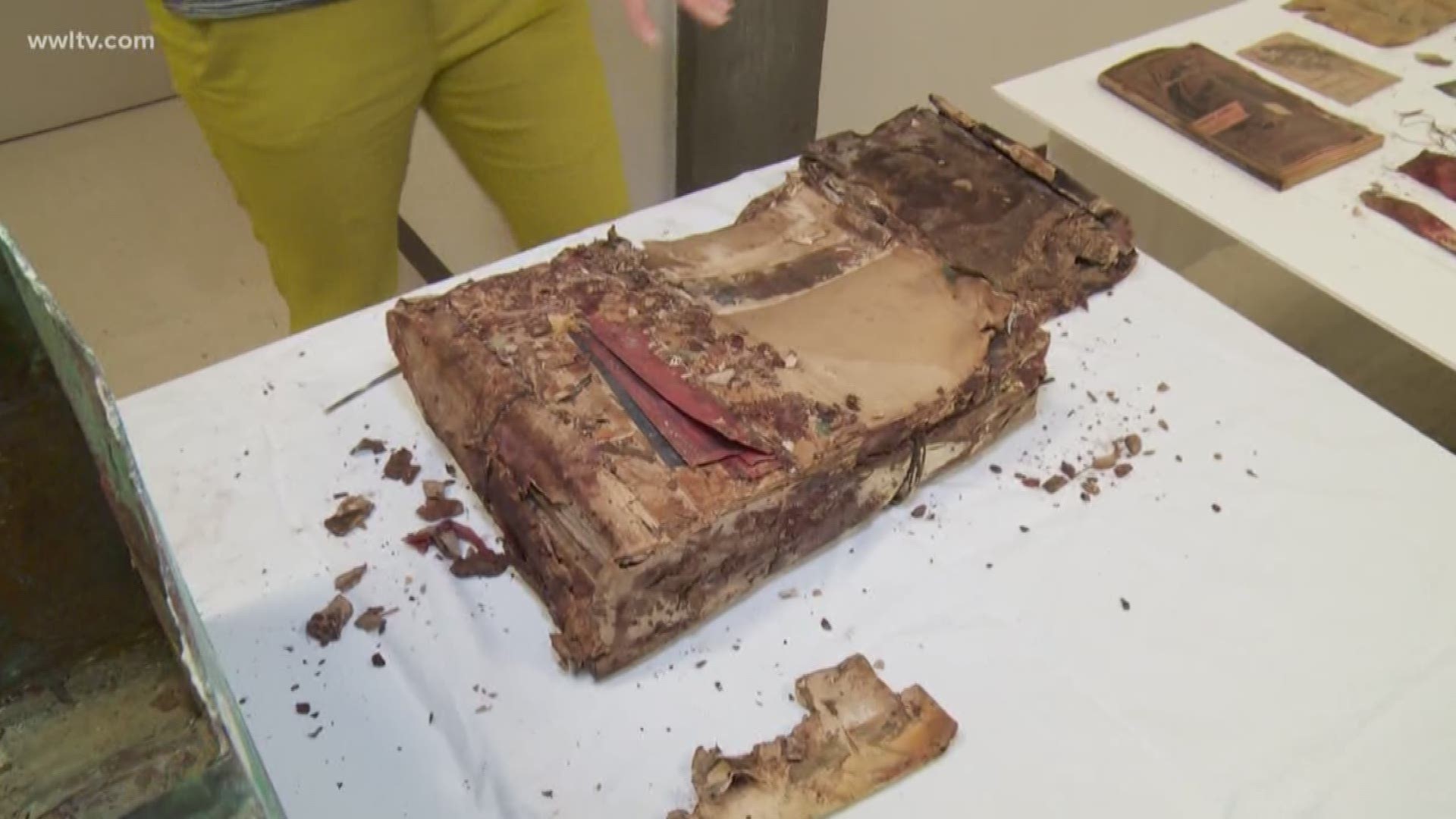 NEW ORLEANS – Experts with the Louisiana State Museum pulled out contents of a time capsule buried inside the base of the old P.G.T. Beauregard monument Friday morning.

Just last month, the massive base of the monument was taken down, revealing a time capsule that, according to the Times-Picayune records, was placed on Nov. 14, 1913.

Inside, the experts found flags for the Confederate and United States, Confederate States seal photos of Robert E. Lee, Jefferson Davis, Johnston, Moorman, Washington Artillery and Confederate monuments, copies of the daily papers and badges and souvenirs related to the Confederacy.

The contents appear to be badly water damaged. The damage could have taken place during Hurricane Katrina as the area where the statue resided was full of several feet of water.