Developers are asking for permission to make The Pearl 166 feet tall, well above the allowed height of 65 feet. 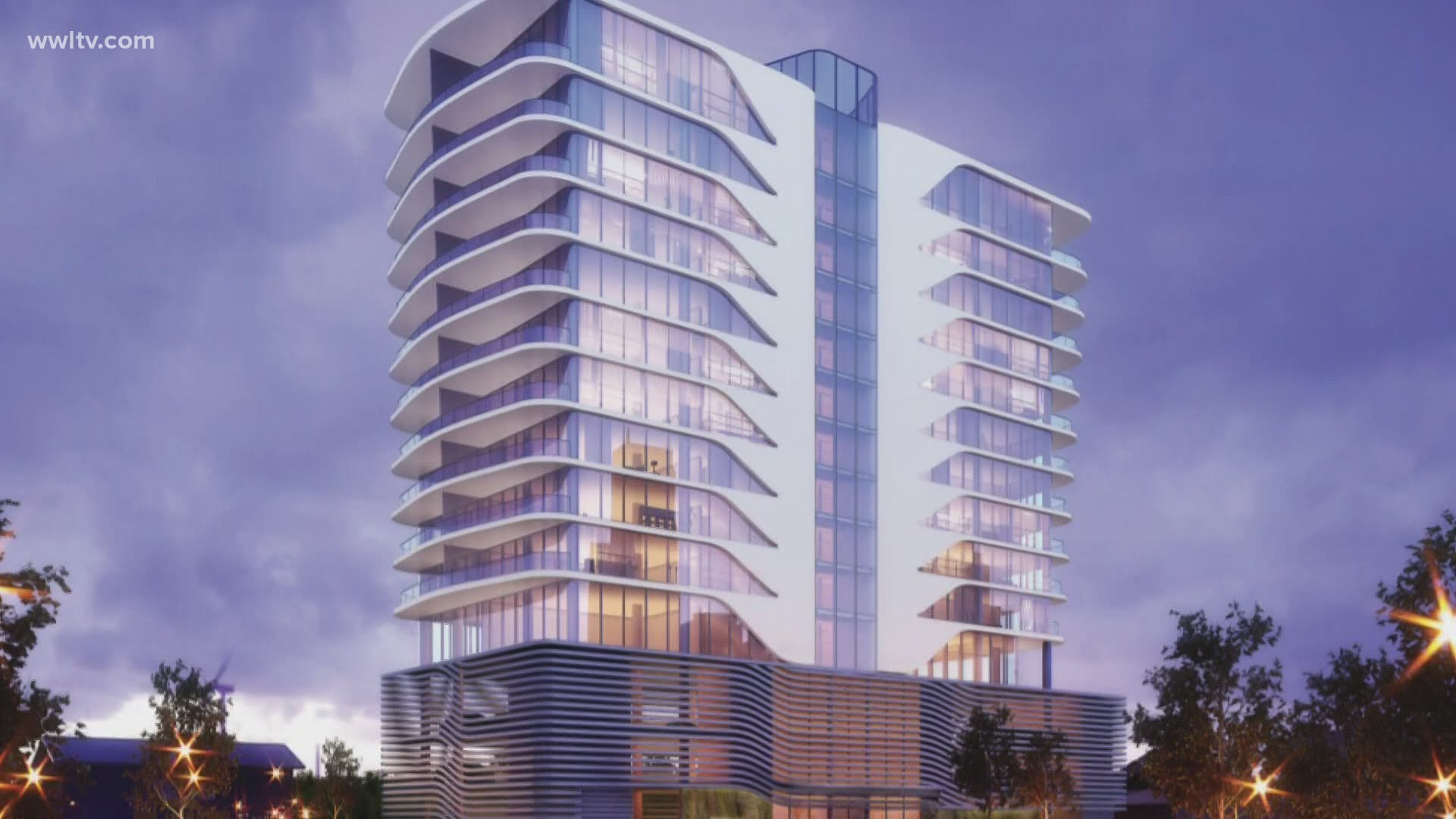 It's not much to look at right now, but if all goes according to plan, a vacant spit of land along the last stretch of the New Basin Canal could be the site of a new high-rise condo building.

The proposed development is called The Pearl at West End, and it would include 52 condominiums.

Neighbors like Charles Marsala have concerns, most notably the height.
Developers are asking for permission to make The Pearl 166 feet tall, well above the allowed height of 65 feet.

Marsala and others who live and work near West End Park say they also have concerns about what a building like The Pearl would do to their drainage and sewage.

“How would that be impacted, and how would they work that?” he asked.
Richard Sackett, a member of the development team, said the solutions to the questions asked are being worked on or are already answered.

He said the extra height is needed for one reason.

“We have to give five floors to cars and 10 floors to people,” he said. “Simple,” adding that he does not believe parking in the West End area would be adversely affected.

He brushed aside concerns about extra pressure on drainage in the area since it’s outside of the floodwalls.

RELATED: Tremé struggles with loss of important people, cultural events due to COVID

RELATED: Holiday shopping could be life or death for local businesses

“As far as runoff, it goes where all of the city's runoff goes: into the canal,” he said.

Neighbors and business owners who live and work near the proposed building said they aren't against the idea of another condo building in the area, but they question its location, especially since it would be outside of the flood wall.

They're asking the developers to reconsider.

“It just doesn't make sense to move on with this project,” Marsala said of the development team going forward with presentations and studies. “Save $100, $200 thousand.”

The tower would take 12 to 14 months to build if it is approved.
It would still be some time before ground could be broken on a project like The Pearl, however.

Any project of that size has to go through hearings of the City Planning Commission and City Council. That's a process that can -- at times -- take years.