Tremé: Katrina opened the floodgates to another wave of issues

Katrina made way for a different type of flood. But if the soul of Tremé is lost, the fight to keep the culture born here goes on. 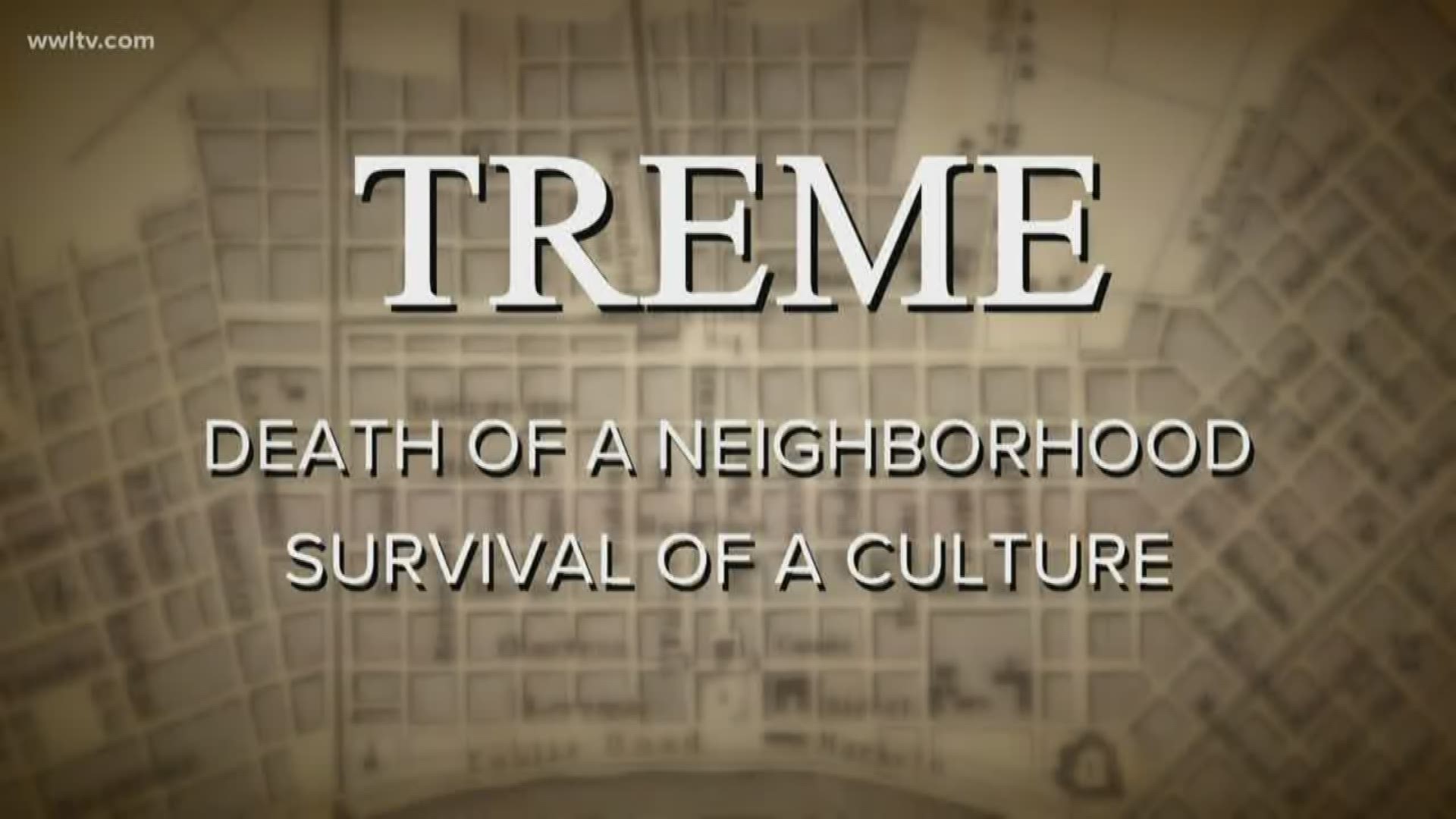 This is part three of Charisse Gibson's three-part "Tremé: Death of a neighborhood, survival of a culture" series about the downfall of the historic New Orleans neighborhood. Click here to read part one. Click here for part two.

New Orleans is no stranger to storms. We’ve faced many.

But what do you do when it seems the rain just won’t stop falling?

“One can only imagine if Tremé would have been allowed to develop parallel to that of Marigny and Bywater. Just think of what could have happened to the folk who lived here back then,” says Al Jackson, owner of the Tremé Petit Jazz Museum.

When it rains, it pours

Some would say calling New Orleans the “Big Easy” post-Katrina is a misnomer.

The storm displaced hundreds of thousands. Some stayed away. For others, returning to the city presented a new challenge, and nowhere was tougher than Tremé.

As residents fought to find their way back into the city after the storm, newcomers had been opened up to the concept of “The Tremé” and other historic districts. There was a growing interest to live closer to the city-center, attracting new residents and new investment opportunities like short term rentals (STRs).

PART 1: Tremé: Death of a neighborhood, survival of a culture

“I think short term rentals really hit that neighborhood a lot harder than many other communities,” Palmer says.

“Short term rentals are not to blame for the entirety of the ills of everything, but when you look at the percentage of a neighborhood, a small neighborhood, you are literally taking units off the marketplace. So in Tremé, definitely, it was impacted by a couple thousand units taken off the market," she says.

According to data gathered by Inside Airbnb, an Airbnb watch group, there are almost 400 in Tremé, some owned by investors not living in New Orleans. Of those properties, 289 are entire homes or apartments.

Louis Charbonnet, president of the Charbonnet Funeral Home, estimates there are at least a dozen Airbnb’s within a block of his business alone.

With the neighborhood now becoming more attractive to visitors and investors, Tremé residents are seeing an increase in property values that is leading to higher property taxes and higher rent.

For musician John Boutte, the higher cost of living in Tremé post-Katrina discouraged him from returning to the neighborhood. He now lives in Lacombe, some 45 miles outside of New Orleans.

“I didn’t want to pay that much money for the houses I grew up around and I knew the real value,” Boutte says. “Everyone was saying about ten years ago, ‘oh, people coming, they going to gentrify it.’ Well, guess what? The gentrifiers have been gentrified. Big money done rolled in, so that’s the difference now,” he says.

The make-up of Tremé has shifted dramatically.

“We’re in danger of losing its identity as the oldest black sub-division in the United States,” Charbonnet says.

“The value of a property versus the income has not kept pace. Folk cannot continue to earn $7.50 an hour and the price of rent is now $1,500 per month. It just don’t work,” Al Jackson says.

Jackson has lived in Tremé for decades. When asked about jobs available to the community, he says there should be wealth to go around.

“We have a multi-billion tourist industry. Why are folks still earning less than eight bucks an hour? How much money do you really need?” Jackson says.

Still, Jackson is not critical of those investing in Tremé when he looks at new buildings.

“The folks who developed these units invested more than $200,000, I’m assuming in each one. They bought the lot as well from each family, so now we have three houses standing here as opposed to three lots.

He says all three of those houses are Airbnb's. Unlike many, Jackson says he’s not at all opposed.

“Why should I be? Nobody is saying I can’t do this. They’re saying get off your duff and do it. Don’t hate. Be a player, it’s simple,” he says.

How do we get it back?

Starting December 1, a new law goes into effect. Whole-house short term rentals will no longer be allowed in Tremé, councilwoman Palmer says. They account for many of the Airbnb's in the neighborhood.

The change is music to the ears of residents Adolph and Naydja Bynum.

“We feel it just needs regulation, we’re not against it. We just feel it should have been regulated a long time ago. It got out of control. That’s when the developers came here and took advantage of it,” Naydja Bynum says.

The couple started investing in the Tremé neighborhood years before home prices soared. They say the neighborhood was blighted, with multiple empty homes and lots.

“There was a drug culture here and people spoke of Tremé as a taboo place to go,” says Adolph Bynum.

RELATED: Sobering House opens in Treme for intoxicated residents, tourists
In an effort to change that culture, Bynum bought houses on his block, several of them, revitalized them and put them on the market for rent. He says a key to getting Tremé's residents back is homeownership.

“I think we have to start now and part of it is homeownership. And part of that is people not having the knowledge and the vision about properties and the help to do it,” he says.

That’s something Fred Johnson has worked 30 years to change. He’s the CEO of the Neighborhood Development Foundation, helping low-to-moderate income earners in New Orleans achieve the dream of homeownership.

“I was fortunate enough to help a couple of people buy in Tremé,” Johnson says. “Because you live there 40 years and paid rent 40 years, that don’t mean you own it.”

He says skyrocketing rent left those living in Tremé powerless.

“It’s like this locomotive is just running over them and it’s called economics. So they tried to make it work best they can until they can’t make it work no more, then they have to move on,” he says.

When asked how to get the neighborhood back, Palmer says she’s not so sure.

“You know, I genuinely have concerns it is too little, too late,” Palmer says.

When asked if he felt Tremé is in danger of losing its soul, Charbonnet says, "I think it’s already lost its soul, very honest."

If the soul of Tremé is lost, the fight to keep the culture born here goes on. Al Jackson keeps the flame burning in the Petit Jazz Museum.

“The museum is my small contribution to the culture, to hope that the culture can be maintained from a memorial perspective,” Jackson says.

RELATED: Mayor Cantrell releases 'generational plan' to reduce gun violence in New Orleans
“If you want to get the real history of African American culture, you gotta come here,” he says. “It's like walking in living breathing walking history.”

“We keep fighting to keep the identity, particularly the cultural identity,” Charbonnet says.

Those closest to Tremé say they've seen all sorts of storms. But none that washed away the city or it's culture.

“We're still here and we're still playing music and it's not going to ever go away. Not completely, that's for sure,” says Kermit Ruffins.