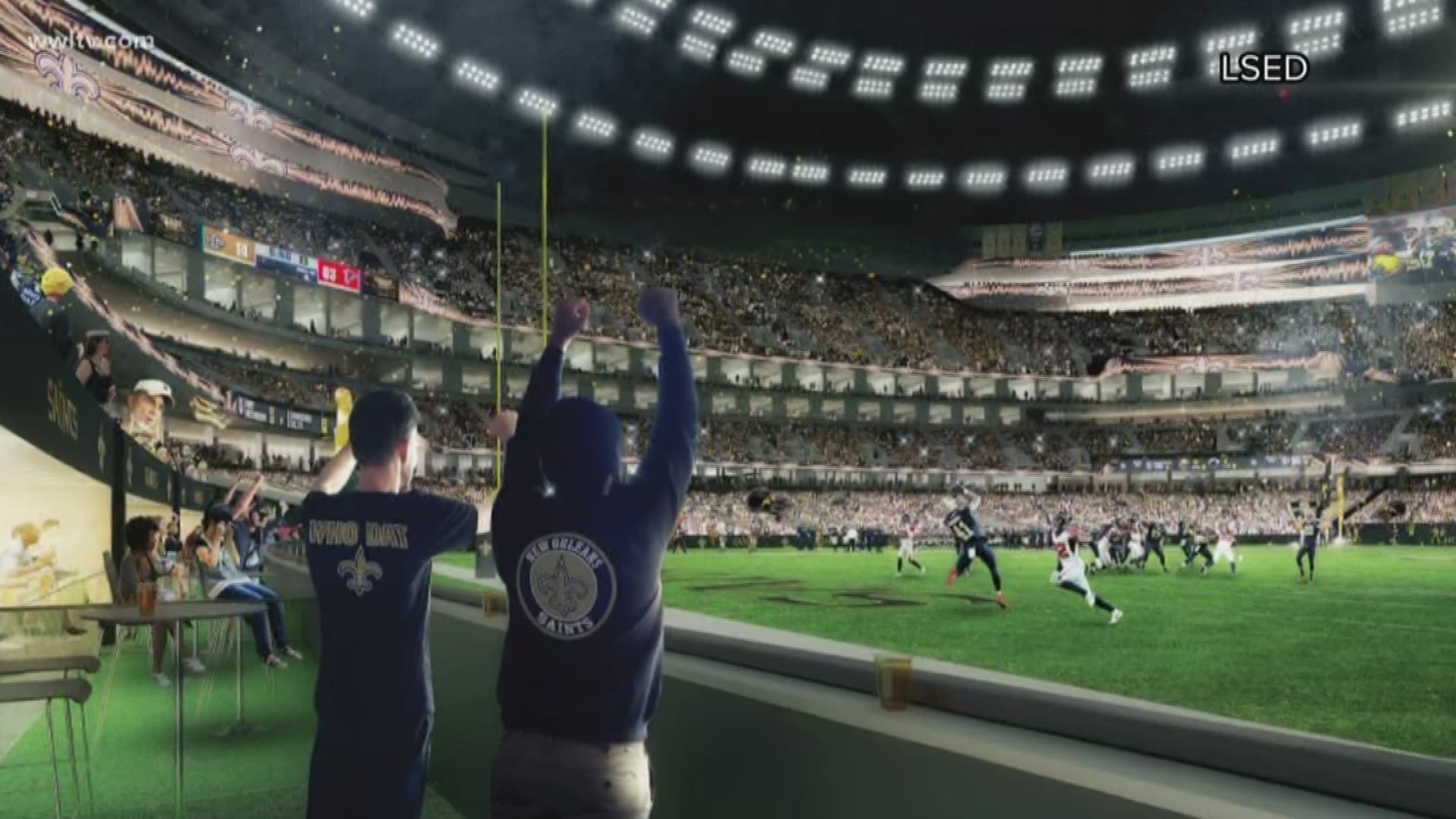 NEW ORLEANS — At 44-years-old, the Mercedes Benz Superdome in New Orleans is still one of the fan favorites in the NFL.

But, it needs some improvements to stay competitive with the new billion dollar stadiums now being built across the league.

The Dome is expected to get all that and more in a new round of major upgrades.

Thursday, France and the rest of the stadium commission, known as the Louisiana Stadium and Exposition District (LSED) board, approved the contract for the first phase of $450 million in dome renovations.

The project has the backing of the New Orleans Saints and owner Gayle Benson.

Mrs. Benson talked about her team's home in the dome.

"The idea that it's a closed stadium, we're out of the elements and the fans just love it," Benson said. "When we win games, when we make touchdowns it blows up and it's great."

Mrs. Benson added the Saints image is tied to the iconic Superdome.

"It just makes you feel like wow, you almost feel insignificant when you're down there on the field...it's all this mass of people and things around you, Benson said.

Crews will start by removing about 80,000 feet of ramps inside the dome.

They will be replaced by a series of more fan-friendly stairs, escalators and elevators.

The upgrades are part of a new long term lease agreement with the Saints.

"We're on the goal line and this is a significant in keeping the Saints here for another 30 years," France said.

The LSED has pledged $210 million toward the project. The Saints are contributing $150 million. The state of Louisiana is expected to put up the remaining $90 million.

The renovations are to begin after this football season. They are expected to be completed before the 2024 Super Bowl in the Superdome.

The new long term deal with the Saints has yet to be inked.

But, the LSED chair said they are very close to a new lease agreement.