5G coming to the French Quarter

Residents are working with wireless carriers to make the new cell towers blend in with the existing architecture. 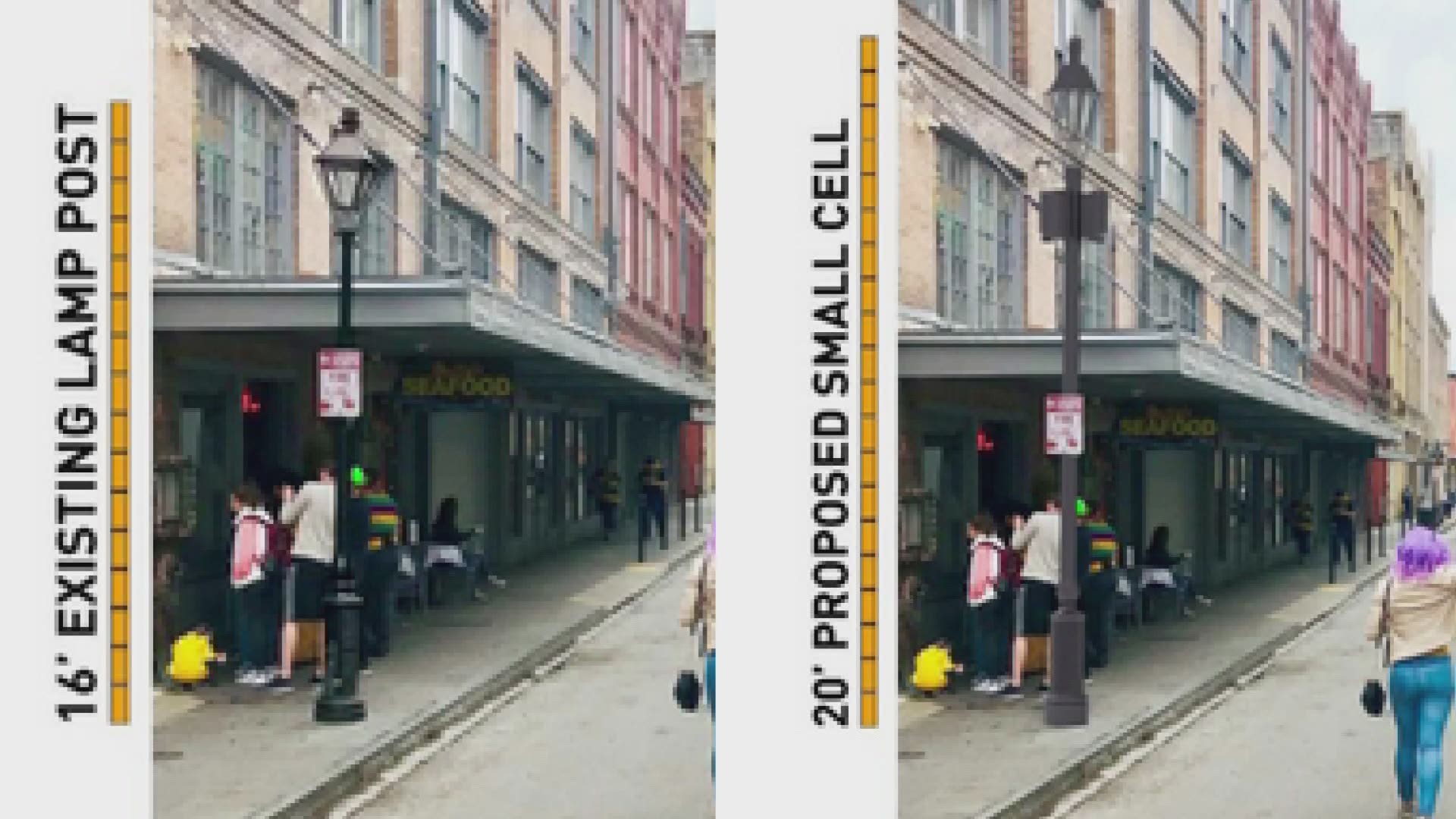 5G is the fifth generation of cellular service, which companies started rolling out last year.

The latest technology requires a new type of wireless tower.

That’s what concerns Ken Caron who lives on Esplanade Avenue in the Quarter.

“We’re a 300-year-old neighborhood,” Caron said. “We want to keep that character. People don’t come here because of the latest and the greatest. They come to the French Quarter because it’s historic.”

“We initially started with the 20-foot gargantuan poles that had cabinets on them that were as big a kitchen cabinet,” VCPORA Board President Amy Stelly said. “We have seen drawing of the proposals and they are far different now than they were when we started.

The groups urged the wireless carriers to modify the towers.

The poles are now supposed to resemble a traditional French Quarter light standard.

The new cell towers will be different and possibly twice as high as the existing 4G towers now in the French Quarter. They are expected to be replaced by 100 new 5G poles.

“Height is an issue in the Quarter when it comes to balconies and galleries,” Stelly said. “So, we are definitely working toward getting solutions that work with all of the architecture of the French Quarter.”

RELATED: VERIFY: There is no link between past wireless technology upgrades and disease outbreaks

A representative from Verizon Wireless said they're working with every city to meet their own design standards.

“We are working closely with cities across the country like New Orleans on design standards and blending with the environment," the spokesperson said. "All historic district designs will be thoroughly vetted prior to submission."

The new 5G service is meant to serve smartphone users on streets and sidewalks.

“The 5G technology does not penetrate into a wall,” McGovern said. “So, there’s not going to be a direct benefit for businesses in the interior of their building. But, once you step outside, that’s when that 5G technology will come into play. So those large-scale festivals, sports events, when we have people on the street, Mardi Gras, that’s when it’s really going to assist the visitors and the residents who live in the French Quarter.”

French Quarter leaders say if the city and the wireless carriers do this right, the 5G towers installed here could be a model for other historic districts across the country.