The last time algae blooms were this substantial in Lake Pontchartrain was in 2019, when the Bonnet Carre Spillway was open for more than 120 days. 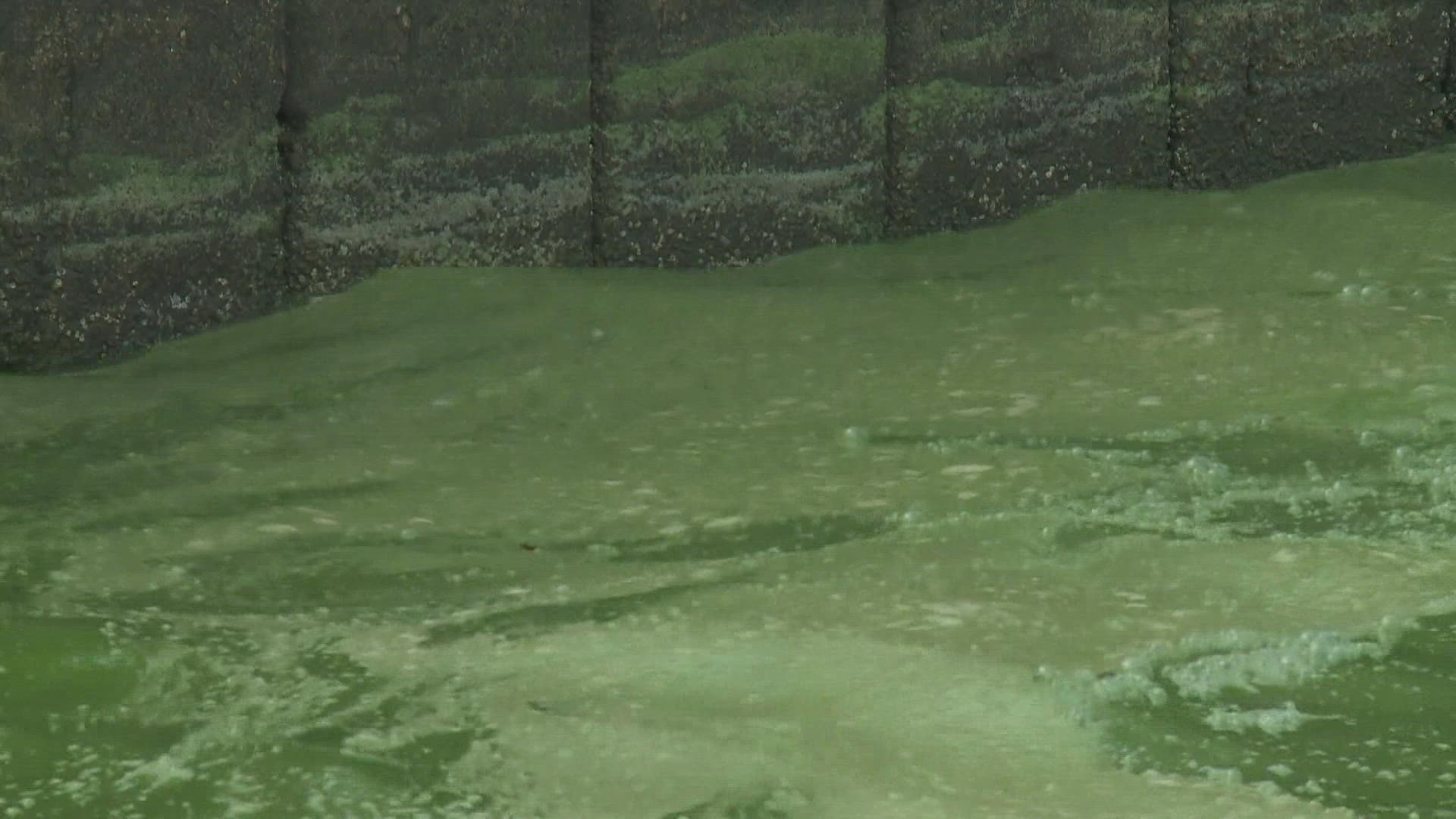 It’s not green dye in the water, it’s algae and it’s blooming across the lake.

“We were out here yesterday to check it out and we found a lot of floating green algae in the water,” Ward said. “I was concerned so I called up the Department of Wildlife and Fisheries and the DEQ for Louisiana.”

So far, neither department has issued a health warning because of the algae.

But Brady Skaggs, Water Quality Program Director at the Pontchartrain Conservancy says the blooms are potentially dangerous depending on the variety of micro-organism.

“If it is a cyanobacterial population then it could produce several different types of compounds that are toxic,” Skaggs said. “I guess in years past it’s become more apparent just because some dogs have passed away from exposure.”

Dave Hanson spent his lunch hour swimming and relaxing in the lake. The algae didn’t seem to bother him.

Certain types of blue-green algae can cause rashes, stomach cramps and other health problems.

“Typically, the recommendation is not to swim where you see algae present,” Skaggs said.

The last time algae blooms were this substantial in Lake Pontchartrain was in 2019. That’s when the Bonnet Carre Spillway was open a record 123 days. That sent nutrient rich water from the Mississippi River into the lake.

Scientists say this year, warm temperatures and heavy rains are to blame for the blooms.

“Certainly, we’ve had record amounts of rainfall already exceeding our annual rainfall in the month of August,” Skaggs said. “There is a tremendous amount of storm water. That storm water stands to rush other forms of pollution into the lake.”

When the algae die off and settle to the bottom of the lake, it can deplete the oxygen in the water causing fish kills.

“About two weeks ago there was a bad algae bloom right out near the end of the runway and we saw three or four floating dead drum about two feet long,” Ward said.

It’s unclear how long the blooms will be present in the lake.

Algae growth tends to slow down when the temperatures cool off.