The plaintiffs say the council prevented them from physically attending the meetings. 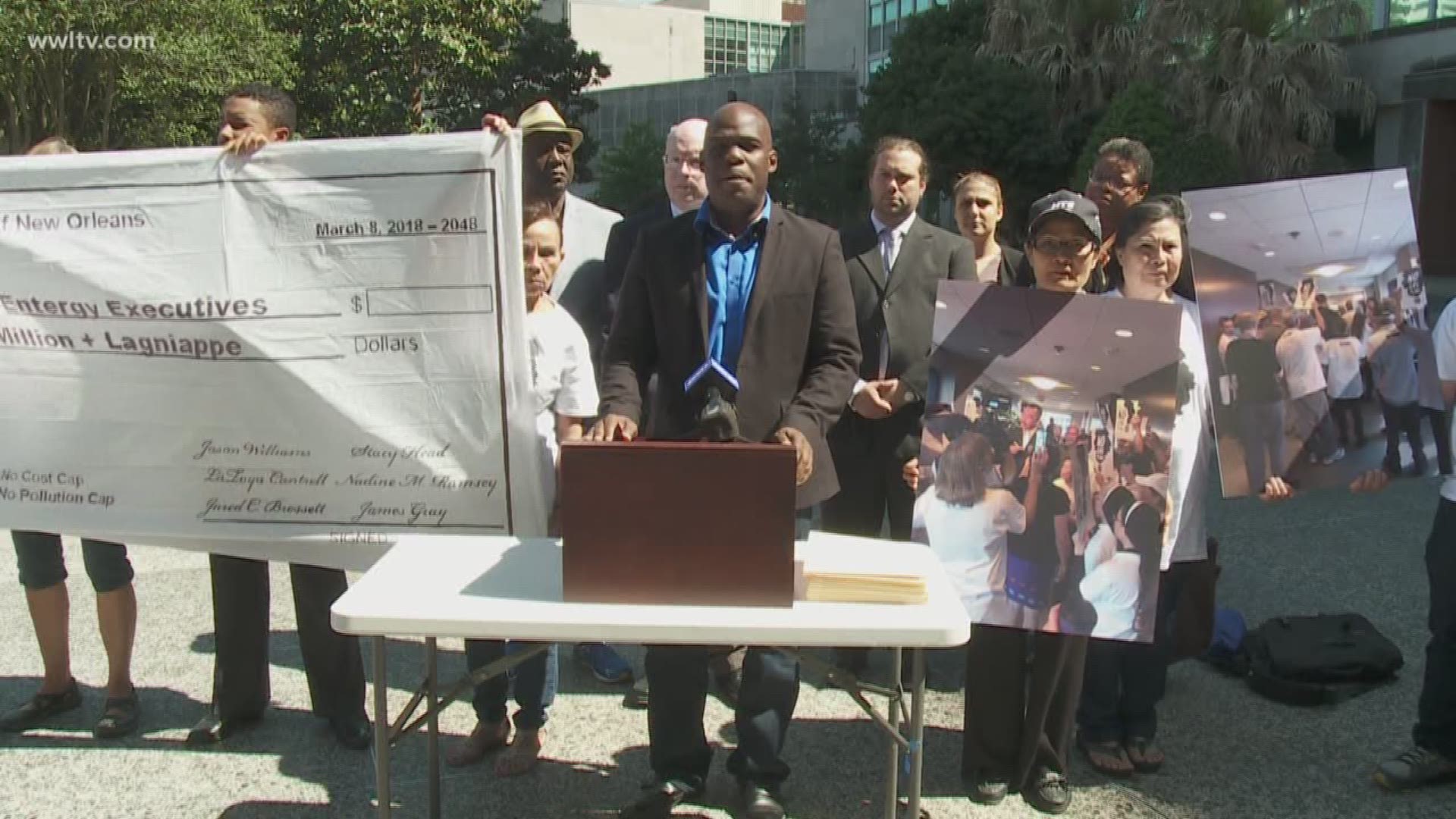 NEW ORLEANS -- With photos on display and even a partial blank check made out of cloth, residents expressed their emotions passionately, saying they feel ignored and robbed by their local government.

"The numerical portion of the check is not filled out and that is because we believe Entergy has been given a blank check with no cost cap and with no pollution cap on it," Reverend Gregory Manning with Justice and Beyond said.

Several community organizations filed a lawsuit Thursday against the New Orleans City council claiming the Utilities Committee and its members violated the State's constitution and open meetings law at two meetings. It was during Entergy's push for a new power plant in New Orleans East.

The plaintiffs say the council prevented them from physically attending the meetings.

Deep South Center for Environmental Justice, Earthjustice, Justice and Beyond, Sierra Club, VAYLA New Orleans and 350 New Orleans allege that the Utilities Committee's Feb. 21 meeting and the City Council's March 8 meeting did not meet the requirements of the state's public meetings law.

The groups are asking the court to find that because of these violations, approval of Entergy's proposal must be voided, both by the utilities committee, which voted to approved the proposed plant and by the city council.

"As stated by Beverly Wright, the Executive Director of the Deep South Center for Environmental Justice, A locked door is the antithesis of an open meeting," Monique Harden said.

The groups are also alleging actors were hired to show support for Entergy.

"There's one gentleman, who went on Channel 4, admitted that he was paid," Attorney Bill Quigley said. "The evidence does not say who paid. So we're not saying, nobody here is saying Entergy paid. Okay. Cause we don't know that yet. We're calling on the District Attorney, the council themselves to investigate who was paying."

The council approved the Entergy Plant last month. It's expected to cost $210 million with residents footing the bill for 30 years.

This lawsuit comes just one week after other environmental groups field a separate lawsuit in the power plant controversy. Council member James Gray says these legal maneuvers stifle the city.

"I think the City of New Orleans government is going to be in a terrible situation if everytime someone is unhappy about a decision made about a council, they can go to court, and they can delay that decision over an extended period of time," Gray said.

Attorney Quigley says they expect to have a hearing about the lawsuit next month.

Read the full lawsuit below: