You have holocaust survivors and World War II veterans buried in this cemetery and for them to paint this on the street is a total disgrace." 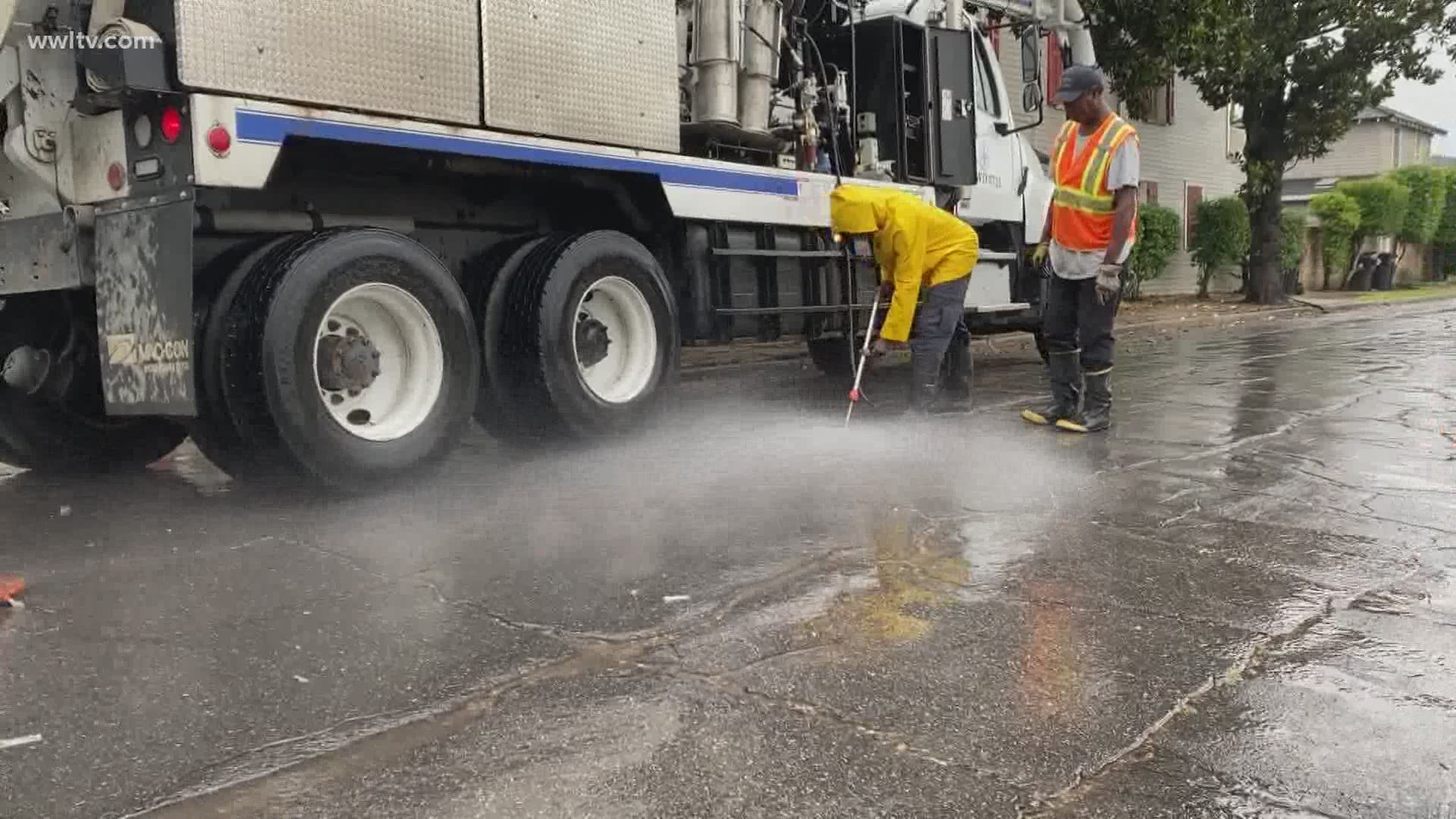 NEW ORLEANS — Instead of cleaning catch basins, a crew from the New Orleans Dept. of Public Works spent Monday afternoon cleaning several swastikas and a crossed out Star of David painted on Joseph Street in front of the Gates of Prayer Cemetery.

Mel Grodsky’s parents are buried right in the first row.

“Absolutely the worst,” said Grodsky speaking to WWL-TV’s Paul Dudley. “I have been to Europe and I have been to Auschwitz and these reminders that it doesn’t go away can not be allowed to happen.”

The Anti-Defamation League says the antisemitic graffiti was painted over Sewerage and Water Board markings and don’t believe they are tied to any extremist group or ideology. Nevertheless, the symbol is painful.

“You have holocaust survivors and World War II veterans buried in this cemetery and for them to paint this on the street is a total disgrace,” Grodsky said.

Neighbors say when they noticed the markings Friday, they tried to clean them off. Public Works was called in to finish the job using a power washer then when that didn’t work, they used pink spray paint.

“I came here today to repaint black paint over that mess in the street and thankfully the city is apparently covering it up,” Grodsky said.

The NOPD says they are increasing patrols around synagogues and Jewish institutions. On Monday afternoon, there were several police officers walking up and down the street checking out the markings that remain.

“It’s such a tragedy to see this kind of garbage in the street,” Grodsky said.

At this time -- it appears there is no damage inside the cemetery.

The ADL just came out with its annual report showing a huge increase in antisemitic incidents nationally in 2019 although Louisiana incidents actually went down year-over-year.