According to a report from our partners at The New Orleans Advocate | Times Picayune, Major received an eviction notice earlier that day. 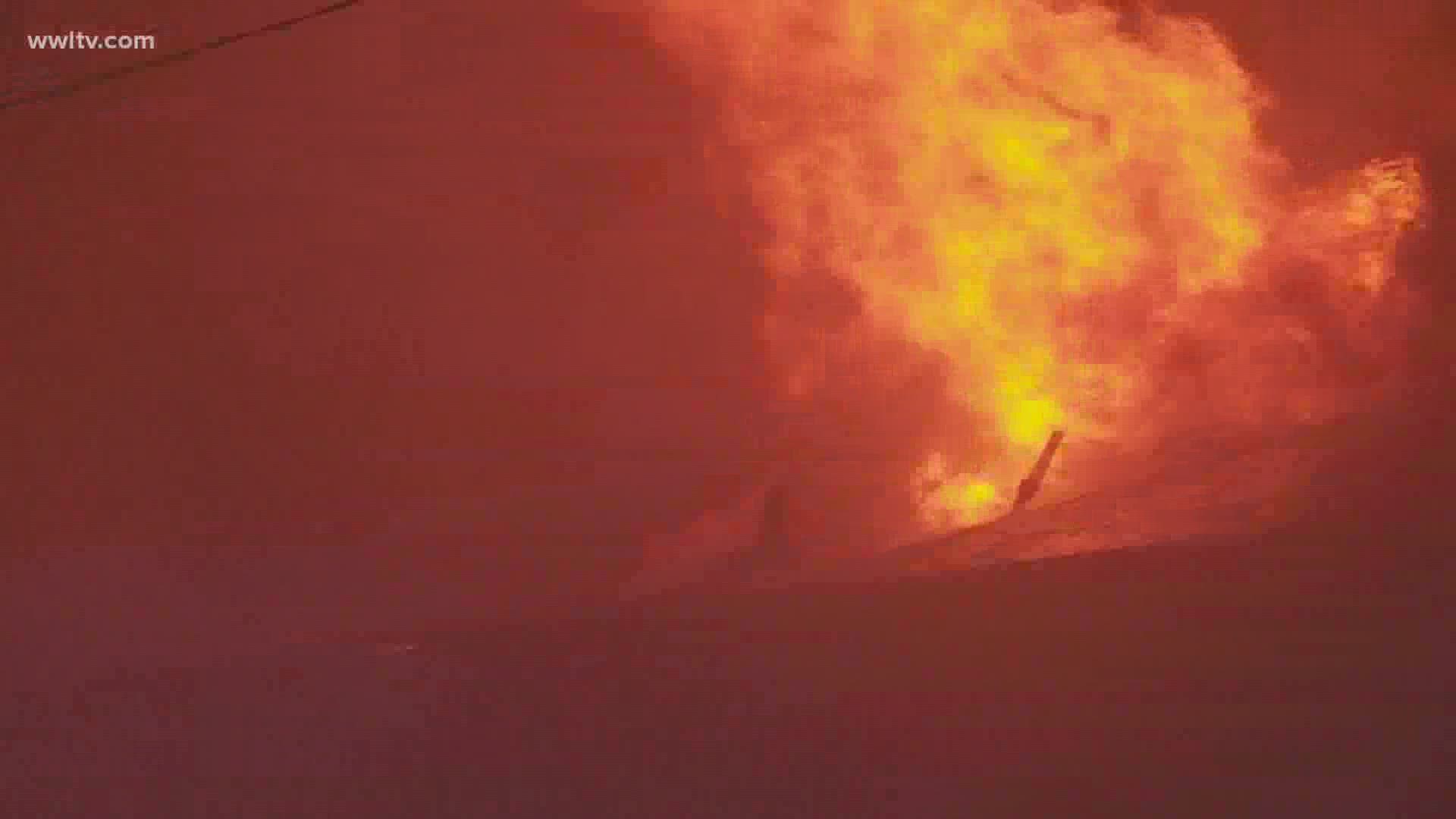 NEW ORLEANS — A woman facing eviction from her New Orleans apartment complex allegedly set the building on fire Monday night, killing a dog and displacing 26 of her neighbors.

According to the Louisiana Fire Marshal, police arrested Jazlynn Major, 25, in Texas after she started the fire late Monday night then fled the state.

Major faces 26 counts of aggravated arson after allegedly starting the three-alarm fire at the Amies Paradise apartments at the corner of Washington Avenue and Carondelet Streets.

According to a report from our partners at The New Orleans Advocate | Times Picayune, Major received an eviction notice earlier that day.

Officials said at least two people saw Major leaving her apartment Monday night with a glowing light visible through her front window, according to the report. Investigators say that light was the fire that eventually engulfed the whole building.

If found guilty, she faces between two and 20 years in prison.

NOFD said 26 people were inside when fire started spreading throughout the building. Luckily, they all got out safely, but one of the residents dog died in the fire.

"When you see flames coming out of windows like that, black smoke and soot just pouring out, its not good," said Perice Houle, who was a tenant inside when the fire happened.

"I'm just blessed we got out. We lost a dog, sad about that, but we didn't lose any lives so I'm thankful for that," said Paulette Flagg who has lived in the apartment complex since 2006.

Firefighters were able to prevent the fire from spreading to other buildings. It was considered under control shortly after 11 p.m.