Photos from this past Sunday show more crowds, the same weekend the city publicly condemned a large, mostly mask-less, crowd in the French Quarter. 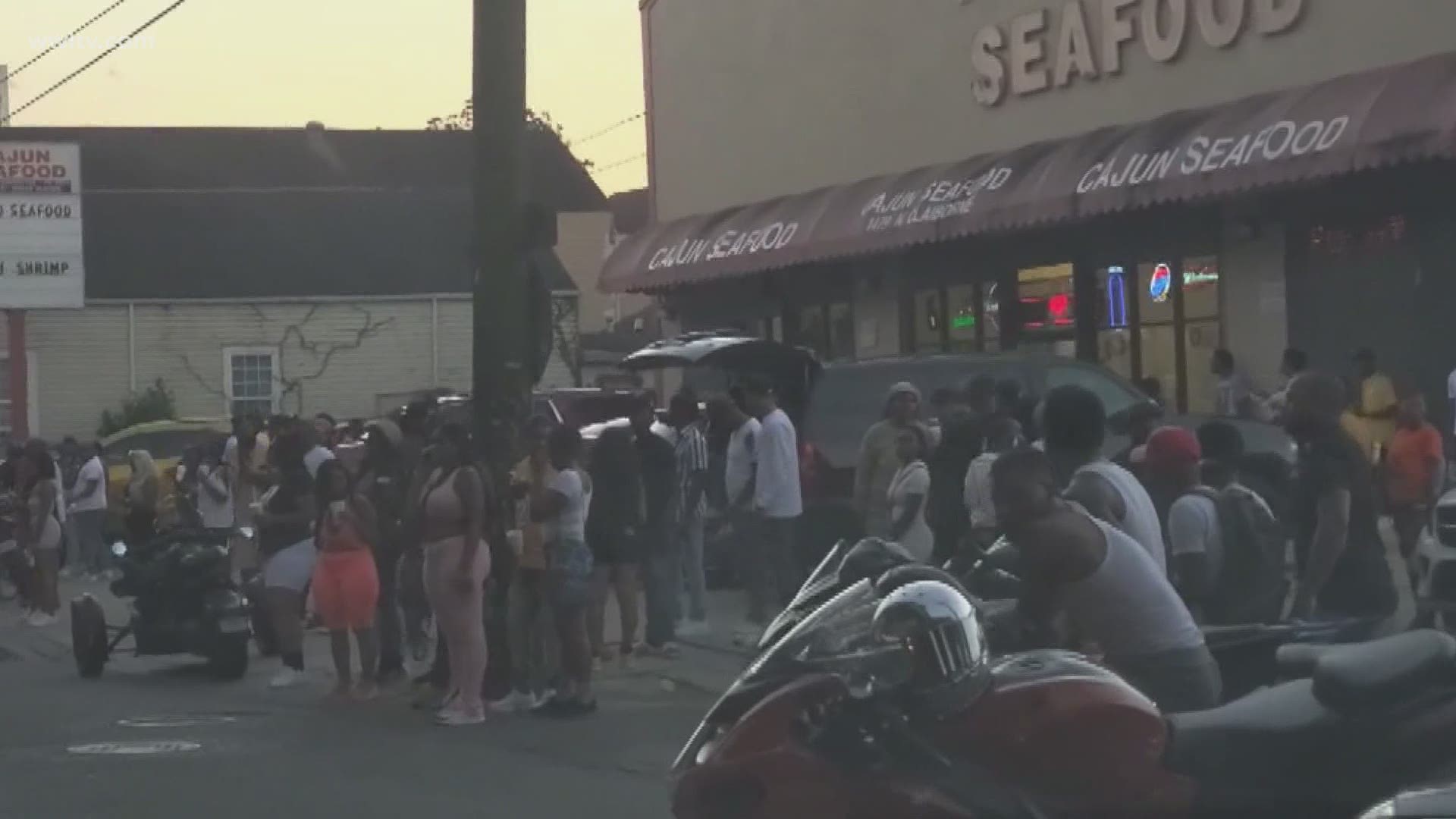 NEW ORLEANS — Scenes of large gatherings along N Claiborne Avenue under I-10 in New Orleans are causing concern.

“It was unbelievable. I couldn’t believe the masses of people that were there,” said a woman who lives in the community and recorded video of the large crowd on her cell phone.

The video was recorded Sunday, Oct. 11, and the woman asked to only be referred to as Ms. Mitchell because of fear of backlash from the community.

“This is an ongoing issue. It’s so unsafe,” Ms. Mitchell said. “If you look at it, you can see that’s a super spreader. No one is masking, no one is social distancing.”

The video shows crowds of people, including uniformed officers not wearing masks. WWL-TV asked Mayor LaToya Cantrell about that Wednesday.

“I don’t know in regard to officers not wearing masks because that is a mandate,” Cantrell said.

Sunday crowds along Claiborne have been happening for years, but during a pandemic, Mitchell says they shouldn’t be happening at all.

Photos from this past Sunday show more crowds, the same weekend the city publicly condemned a large, mostly mask-less, crowd in the French Quarter.

RELATED: LaToya Cantrell says she was 'furious' over unpermitted concert

Mayor Cantrell, who recently handed out masks on Bourbon Street encouraging folks to mask up, said it was not permitted and should not have happened. Now the city is looking at whether organizers can be held accountable.

The city is aware of the gatherings and took some action in late September. Two businesses were shut down, partly for contributing to those crowds.

“When you have these large gatherings, unexpected gatherings, unpermitted events, it places an even greater strain on the resources that we have as a community," Cantrell said.

A community, Mitchell, says can’t move forward until the city steps in.

“I think it’s just unfair, basically across the board for everyone living here in the community and in the city,” Mitchell said.

WWLTV reached out to the city Wednesday afternoon to find out whether there are any plans to address those crowds on Claiborne Avenue, but we did not hear back before the 10 p.m. newscast Wednesday.