Audubon Zoo cancels 'Blue at the Zoo' event with NOPD

The "Blue at the Zoo" event was meant to promote positive interaction between NOPD and the New Orleans community, according to officials. 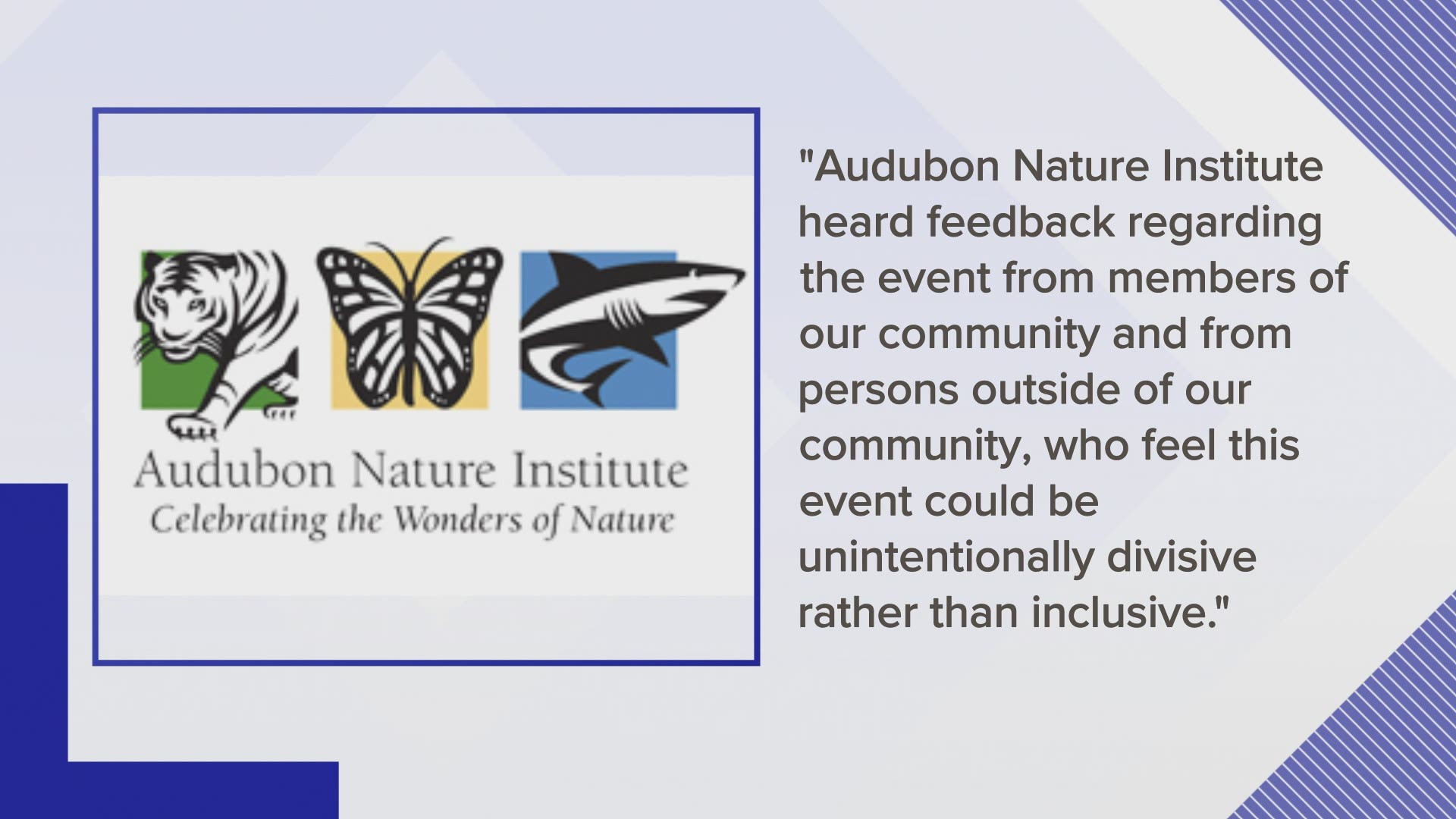 NEW ORLEANS — The Audubon Zoo is canceling its "Blue at the Zoo" event with NOPD due to concerns that it would divide the community rather than bring it together.

According to the Audubon Nature Institute, the event was cancelled after they heard concerns from inside and outside of the community saying the event could be "unintentionally divisive."

The "Blue at the Zoo" event was meant to promote positive interaction between NOPD and the New Orleans community, according to officials.

“Anyone looking at the issue objectively would see that our department is the model for the implementation of the Constitutional policing reforms the public is demanding," Chief Ferguson said. "Despite the cancellation of this event, we will continue to find ways to work with our community to build a stronger relationship and be the department they deserve.”

Audubon officials said they will continue to work with the New Orleans Police and Justice Foundation to support NOPD.

"The Audubon Nature Institute understands and appreciates that the issue of ethical policing is at the forefront of our nation and our local community and that NOPD is a nationally recognized leader in law enforcement reform. Audubon stands firm in its support for holding law enforcement accountable for any and all unethical and unlawful behavior," their statement read. "Audubon also supports efforts that promote healing between law enforcement and the community. As such, working with the New Orleans Police and Justice Foundation, Audubon will be considering alternative ways to promote meaningful and impactful community engagement with the New Orleans Police Department."