"Statistically, black young men are not supposed to make it in society. Johnny Shine is not going to be one of those... I flat out refuse to allow that to happen." 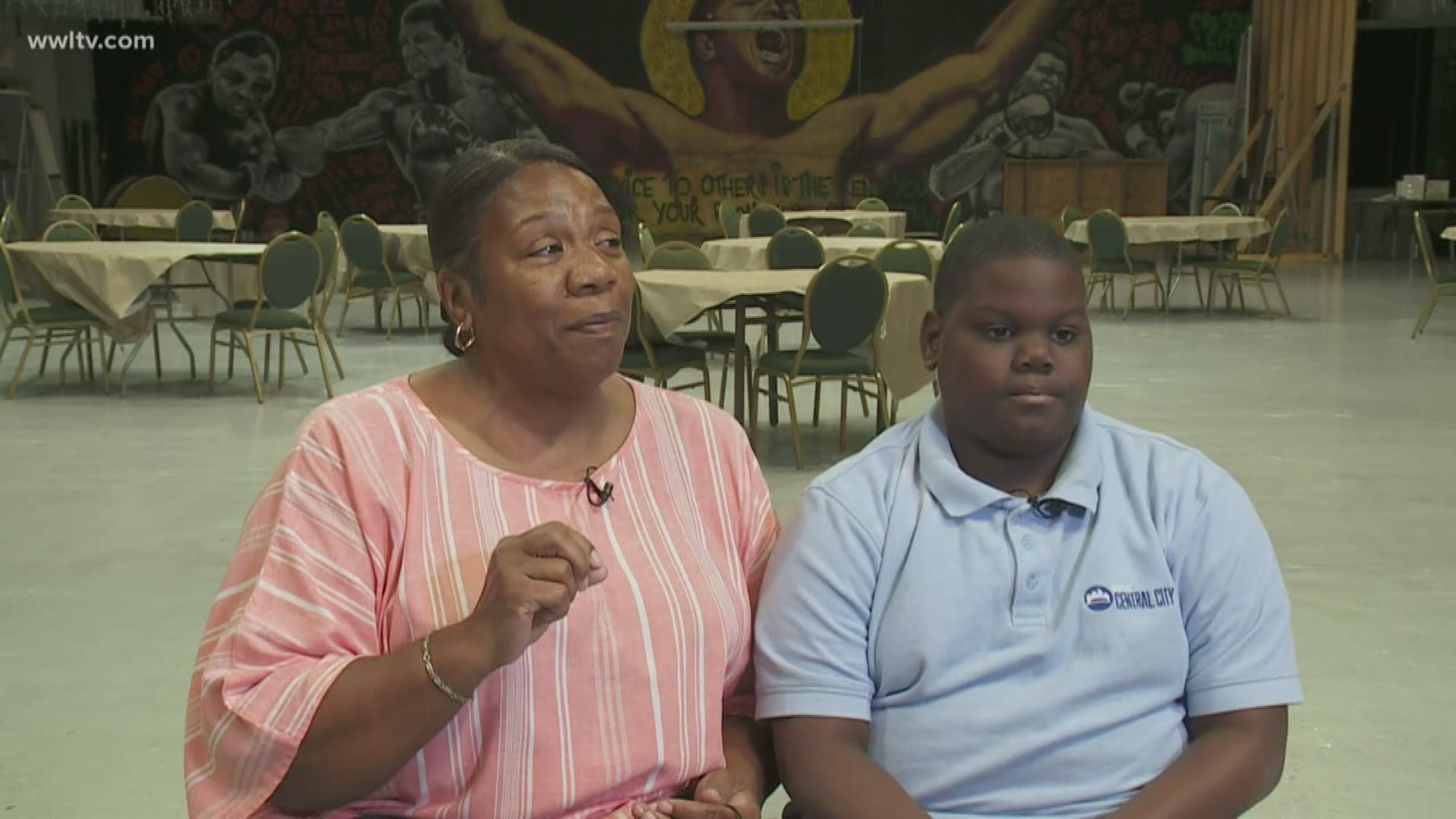 NEW ORLEANS — A local actor who turned his life around after going to prison, says "There can not be prison reform without education reform."

Ameer Baraka says half of the inmates in one Louisiana state prison are dyslexic and can't read. That's what happened to him when he was young.
Now he's part of a new group fighting to keep school-age children from that same path.

Johnny Shine is in the fifth grade. His story is a familiar one. Family members have been lost to the opioid addiction crisis, so his grand aunt is raising him.

"Statistically, black young men are not supposed to make it in society. Johnny Shine is not going to be one of those statistics. I flat out refuse to allow that to happen," said Barbara Johnson who is raising her grand nephew Johnny.

Johnny was being bullied in school because he didn't read well. He says he didn't lash out at those doing the bullying.

"I would be like, 'Just leave it alone. OK? You smarter than me. OK? We get our education together.'"

A month ago Barbara Johnson, who Johnny calls 'Auntie,' was approached by Ameer Baraka.

Ameer, along with Alexis Smith, is running a free program called 'Us Helping Us New Orleans.' The program not only teaches the children reading skills, but also values to succeed, and the value of their hidden talents.

Ameer says he is 'shocked and appalled' that 70 percent of second grade children in Greater New Orleans area public schools, read below their level.

"This city should be enraged with 70 percent of children. Why are we laughing? What's funny? Nothing is funny. The heads of this city should be ashamed and embarrassed by that. We're raising a generation of ignorant children, and it's frightening, and it's going to come back to haunt us," said Baraka, frustratingly. He is now an actor-producer and wrote the book 'The Life I Chose.'

Ameer knows this first hand. He didn't know he was dyslexic. He went to prison where he taught himself to read.

"It should be an outcry in this city. If we don't correct this problem, these children more than likely will be the next criminals. I was. I couldn't read. I couldn't write, so I didn't like school. So what did I do? I sold dope," Baraka continued.

"One of the first things Mr. Ameer said to him is, 'Real men read.' How Amazing," laughs Barbara Johnson about what Baraka told Shine.

Barbara knows this free program may be life changing for Johnny.

"I knew that that was a blessing for him because I can't teach him to be a man, and I couldn't give to him what a man could give to him," she said.

Isaiah Johnson is another child in the program. His mom has him repeating second grade because of his reading skills. He too felt teased.

"I be reading really well, and, but they be saying I missed a word, but I didn't," said second grader Isaiah Johnson.

"I'm open to accepting any help for the kids," said his mother Brittani Johnson.

Now in the 'Us Helping Us' program, he smiles the entire time he is learning.

"Helping out our youth, and helping the community and making the connection between the two, has a lot to do with our blight as black people here in New Orleans. Honestly, I see it, the whole prison, school to prison pipeline, being a direct, directly related to us helping our youth in the community," said Alexis Smith, a founder of Us Helping Us. Her family donates the use of the building for the program.

"We can't depend on the system we have to take the responsibility. Fifteen kids with this violent weekend that we had, and it's all based upon kids not knowing who they are. Our prison systems are replete with illiterate people," said Baraka.

In the program, no shame, no judgement. Johnny's self esteem is growing. He has already connected how reading could help him be a successful businessman.

"If you wanted to get in a good college, or get a building like this, you have to sign a contract, and read and stuff, so you could know what you're doing," said Shine.

"Whatever I need to do for this child, I am going to do it. If he is going to be a statistic, it is not because I have not fought like hell to get him out of it," said Barbara Johnson.

Us Helping Us New Orleans is a free after school program, with group, or individual school help for children in first through 8th grade. They also feed the children.