Kelsey Carter said when her partner showed up to help 15 minutes later, there was still no official emergency response. 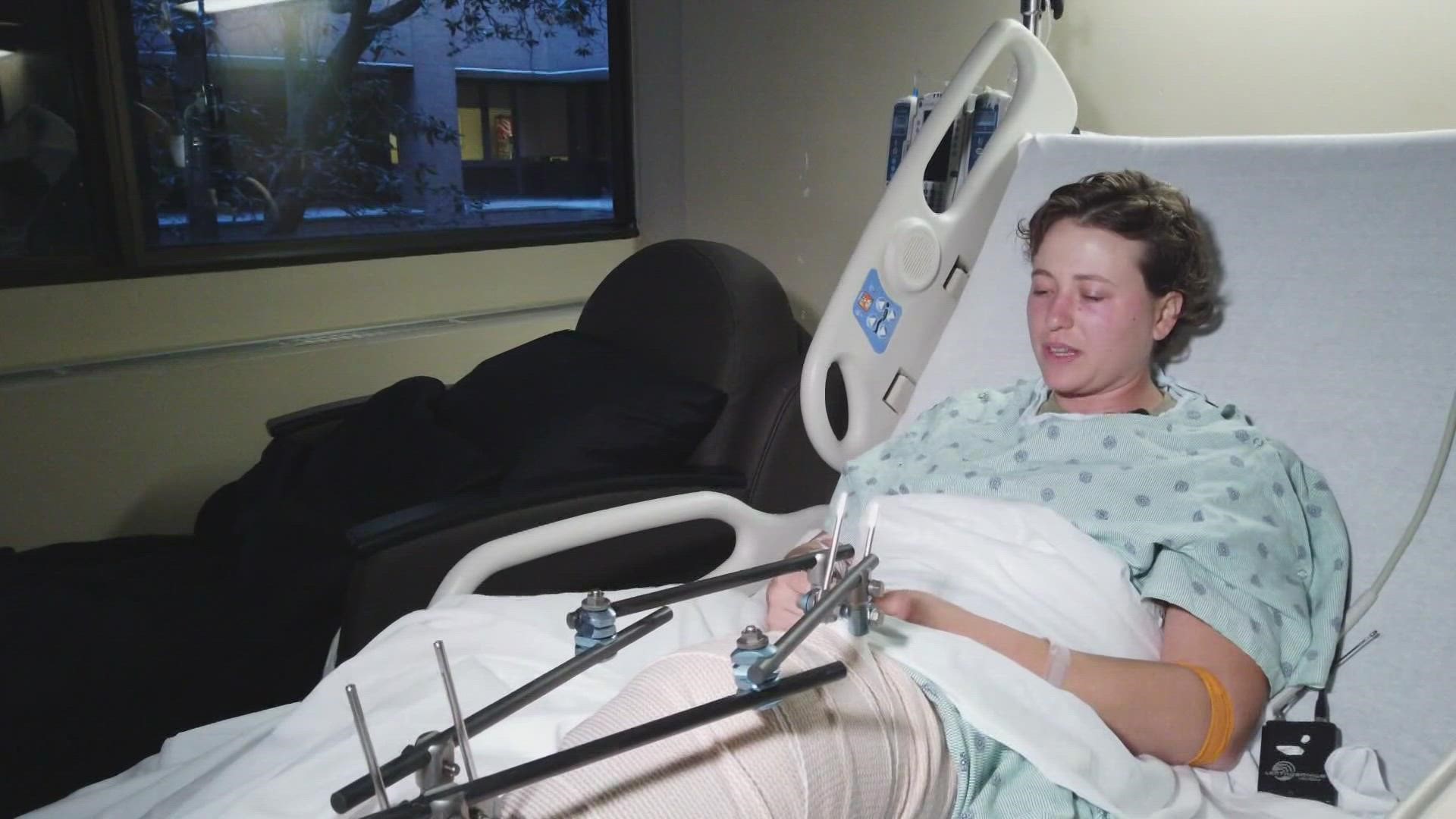 NEW ORLEANS — Looking down at her leg, in a hospital bed, Kelsey Carter knows she’s lucky.

Just after midnight Monday, Carter was biking home to the Bywater from her job in the Garden District. Pedaling down Camp Street, she only made it to the intersection with Girod.

“I was in the far right lane where bicyclists belong and a black or a dark gray SUV sped past me, so I didn’t get a chance to see it, and then turned right and we collided,” said Carter.

Carter says she rolled behind the SUV as it drove off, leaving her in the street with a broken leg.

“I was just overwhelmed when I was laying in the middle of the street,” said Carter.

Carter says another bicyclist stopped to help and other cars blocked traffic as strangers carried out of the intersection.

“That was scary,” said Carter. “Everybody that was there was just so lovely. They were talking me up, telling me that I’m ok.”

Having already called 911, Carter thought help was on the way, but says it never showed up.

“I thought someone would come, at least a cop car,” said Carter.

Instead, Carter says at least 15 minutes passed until her partner showed up. Those strangers loaded her into the truck, and it was off to the hospital. Twelve hours and one surgery later Carter says an officer showed up to her room.

“It makes me feel like there’s less chance of support for me finding the person who did hit me,” said Carter, talking about the delayed response.

NOPD says an officer was on the scene about six minutes after being dispatched, but no one was there. Once in the hospital and no threat to life, NOPD says it became a routine call, which is why it took so long. Police are working to try and find the driver who left the scene.

“It’s impossible to ignore the fact that you hit a person and a bike that would make a sound,” said acting executive director of Bike Easy, Allene La Spina.

“Every time something like this happens it’s a little bit of a reality check that we are vulnerable people on the road,” said La Spina.

A vulnerability that has Carter worrying about her future. She had just become an executive chef at work.

“My life is standing up and having the mobility of my legs is very important,” said Carter. “I get scared thinking about what’s going to happen when I get permanent plates and screws into my kneecaps.”

Carter still has another surgery to go and says she will be back on her feet and eventually back on a bike.

If you know anything about this hit-and-run, call New Orleans police.

RELATED: What if you called 911 and got a recording? It happened 839 times in a 2-week period 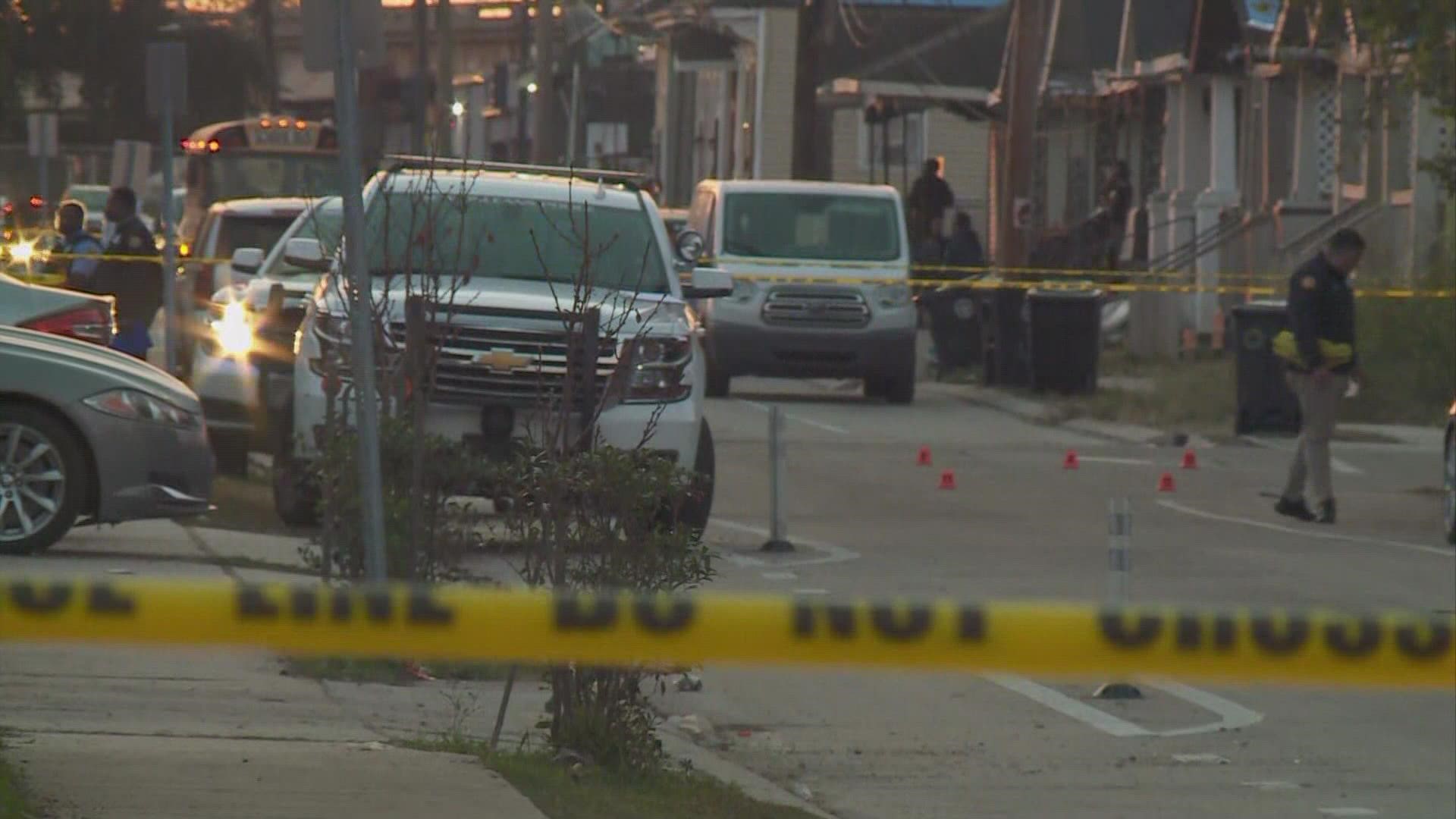