“I think it was a matter of time. It didn’t surprise me,” Councilwoman Kristin Palmer said. “We have issues with squatters.” 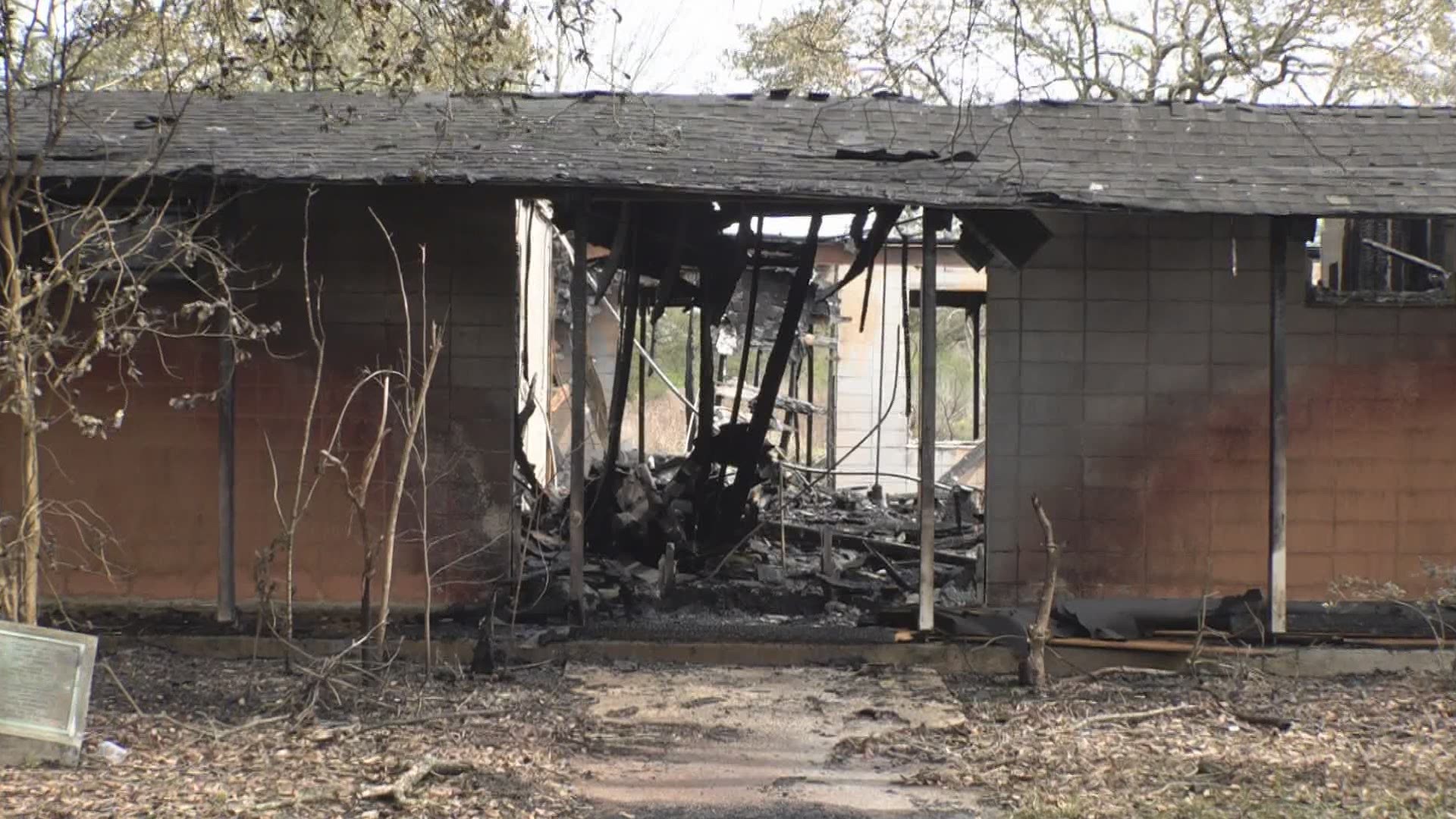 Firefighters worked into the night Wednesday putting out flames that gutted the clubhouse at the old Brechtel Golf Course in Algiers.

They were back Thursday to put out stubborn hotspots. Rob Zrabkowski, an Algiers resident since the mid-70s, said he’s seen the city-owned golf course change.

It hasn’t been open since at least Hurricane Katrina in 2005. These days trash is everywhere. Pieces of broken pianos, shattered mirrors, glass bottles, tires and even a car’s bumper are some of what litters the area. Grass grows wild behind a chain link fence that’s sagging under the weight of heavy vines.

There were plans at one point to try to rehab the course post-Katrina. Those went nowhere.

“It’s doubly frustrating not to know why and who made that decision and how these decisions get made,” Zrabkowski said

The NOFD is still trying to figure out what caused the fire, but Councilwoman Kristin Palmer, who represents Algiers, has her suspicions.

“I think it was a matter of time. It didn’t surprise me,” Palmer said. “We have issues with squatters.”

Palmer said the city needs to get to work on putting together a plan for the 110-acre property.

In a statement, a City Hall spokesman says in part, “Work on this site is currently underway. The City has been exploring options as it relates to this property, with the intention of bringing it back into commerce via a public solicitation for redevelopment by a tenant/operator.”

“The people in Algiers really deserve it,” Palmer said. “They deserve more.”
She said the site will remain green space because of how it’s legally designated.

Zrabkowski said he hopes the city will soon spend money rehabbing this area, much like it’s done with parks on the east bank.

“We pay our taxes, and we’d like to see the same kind of quality of resources that they get across the river,” he said.