"We need action. Where's the action? Nothing. Talk, talk, talk, no action." 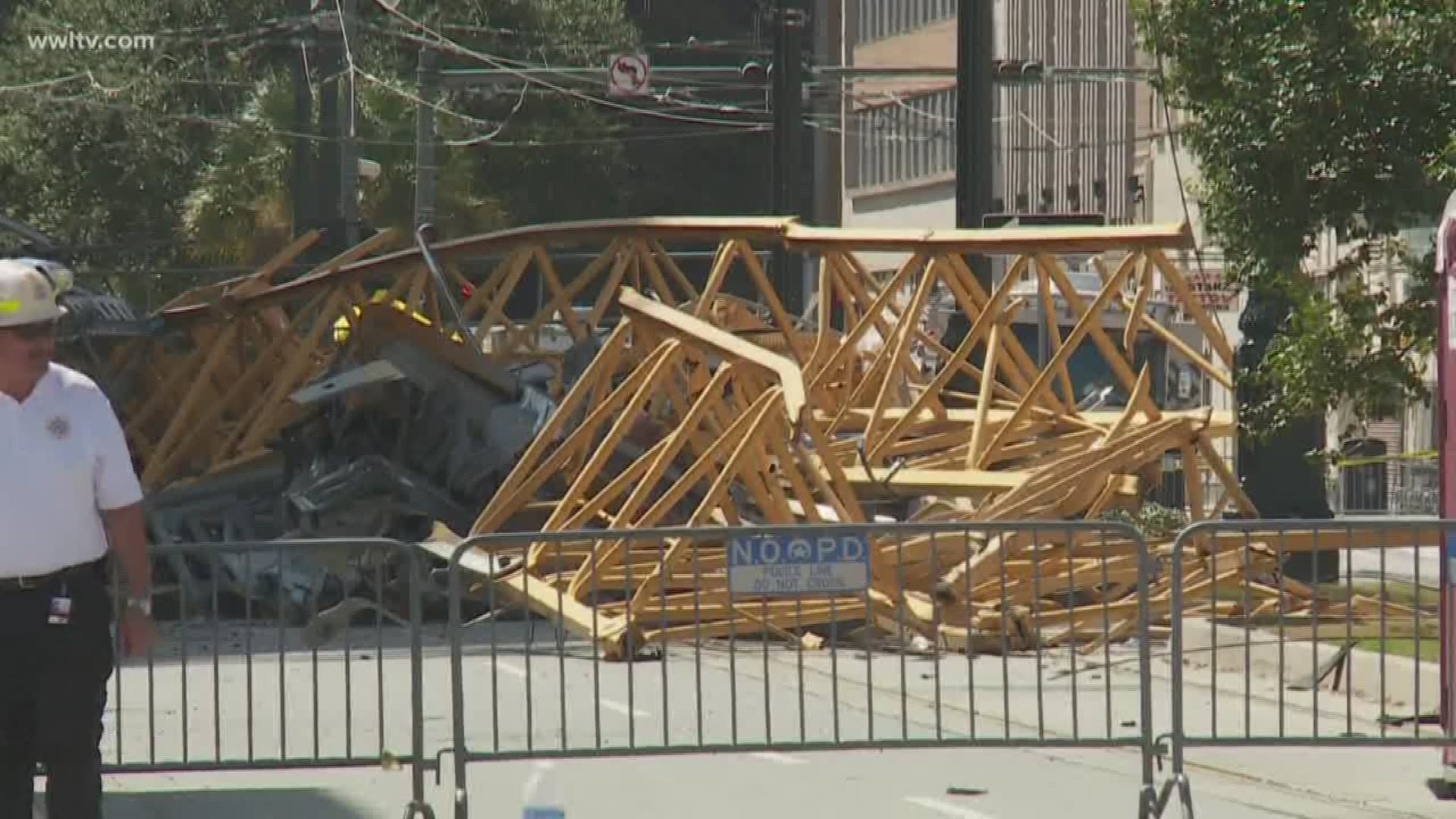 NEW ORLEANS — Tarek Medqour has been serving up flavor inside Cleo's at the corner of Canal Street and Roosevelt Way for two years. With his restaurant sitting across from the Hard Rock hotel collapse site, his tables aren't as full as the use to be.

Medqour feels like he's caught in the middle of the back and forth between the city of New Orleans, developers and Hard Rock International, which had a licensing agreement to put its name on the building.

"We have insurance, we have expenses, we have family, we have loans, we have electricity bills,” Medqour said. “We have a lot of stuff on our plate. Who's going to cover that?”

The latest back and forth comes as Hard Rock International sent two letters, one to the New Orleans community, the other to Mayor LaToya Cantrell. The letters state Hard Rock International remains "confused and frustrated at the length of time it has taken to resolve the issue," referring to recovery of the bodies of the two workers and demolition of the site.

“The reality is, it's a very complicated situation,” Mayor Cantrell said. “The structure is not sound. It's just not. It's dangerous.”

RELATED: Hard Rock developers have not paid any of the $11.6 million owed to New Orleans, City says

Cantrell says she didn't expect that type of response when she sent Hard Rock International a letter asking the company to be more involved in helping the community recover.

"With this tragedy and hearing form them four months after, you know, I mean, that's, it's a bit shameful,” she said.

Because the Hard Rock brand was attached to the building, in that letter to the mayor, the company's chief operating officer, Jon Lucas, says he is seeking "all legal recourse" regarding damage to its reputation. Mayor Cantrell says she understands brand perception, but the city isn't responsible.

It's all a blame game to business owners like Medquor who just want something done and his tables filled with costumers.

"We need action. Where's the action. Nothing. Talk, talk, talk, no action,” he said.

WWL reached out to Hard Rock International to see if the company planned to pursue any legal action. We were told the company would not be commenting any further.

Mayor Cantrell expects the demolition process to begin mid-March, with the construction site being completely down within 90 days after that.