The old grocery store, which had been empty since 2005 and had no working utilities, collapsed. 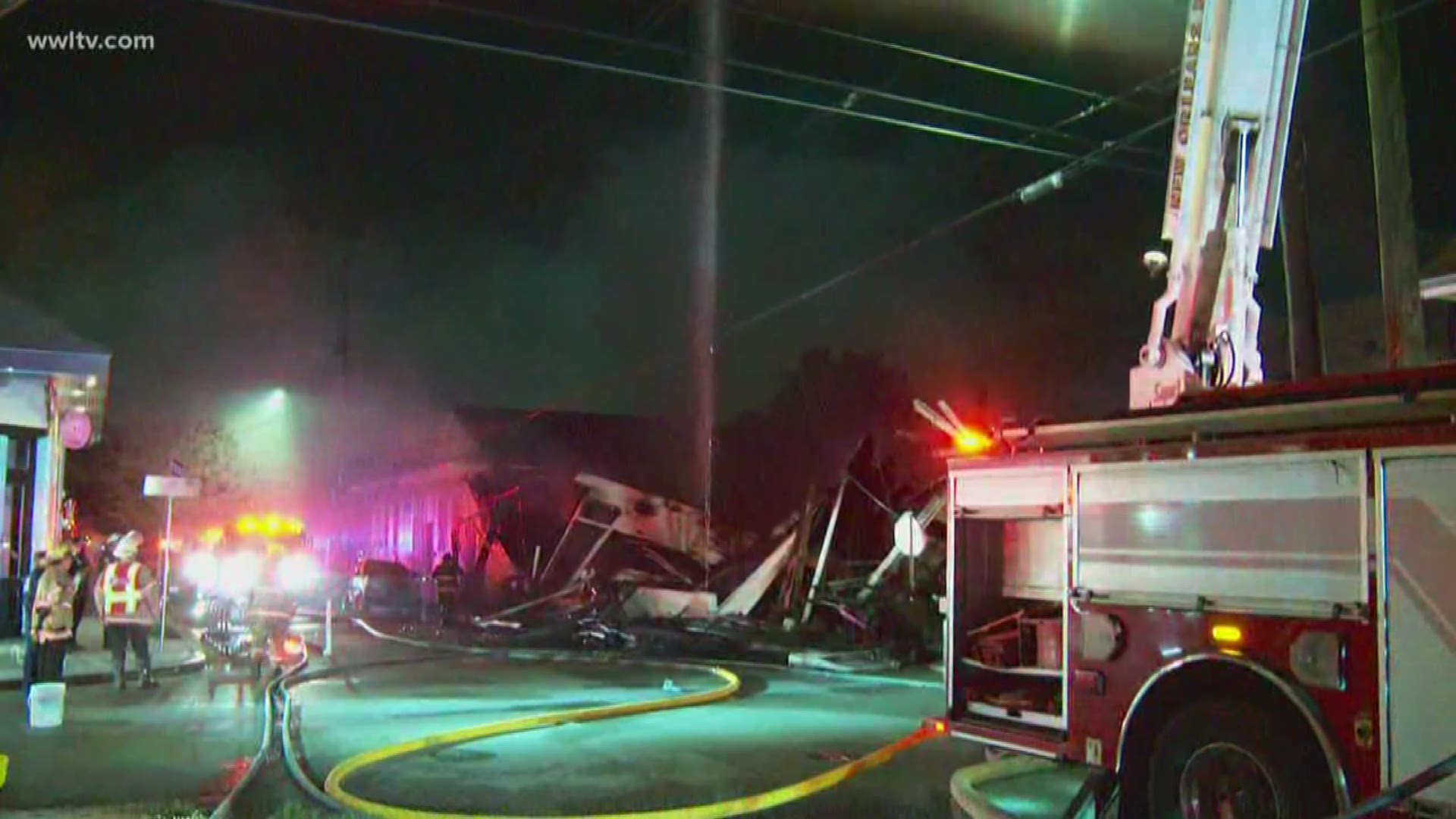 NEW ORLEANS — A massive fire in the Bywater engulfed an abandoned building Tuesday night, with flames from the roof visible throughout the surrounding neighborhood.

The building, which had collapsed into a charred heap by early Wednesday morning, is where the chain of Schwegmann supermarkets began to evolve more than 150 years ago.

According to the New Orleans Fire Department, dispatchers received a call about a large fire at the intersection of Piety and Burgundy streets around 10:10 p.m. Tuesday. When they arrived on the scene, they found the the abandoned two-story building burning, with fire quickly spreading to nearby buildings.

Both a second and third alarm were called and more than 50 firefighters arrived to stop the spread of the flames. The fire was deemed under control by around 11:40 p.m., NOFD officials said, and no injuries were reported.

The old grocery store, which had been empty since 2005 and had no working utilities, collapsed. Another abandoned building behind it, a three-story brick building, received minor fire damage and heavy water damage, officials said.

The cause of the fire is now under investigation.

Video from James Everet shows the fully consumed building as firefighters worked to put out the flames.

It was the first of two 3-alarm fires in the city overnight, with the NOFD responding to a large fire at a Broadmoor strip mall a few hours later.

The Schwegmann family opened its first grocery on the ground floor of the two-story building at Piety and Burgundy streets in 1869.

It was there that shoppers could get a 10 percent discount on their groceries if they collected them on their own, an unheard-of concept at the time.

The family had 18 stores in the city and suburbs by 1995, and they were known for their wide variety of items and services, including everything from groceries to appliances to hardware to barbershops and barrooms. (The Old Gentilly Road location with 300,000 square feet, was at one time the largest grocery store on the planet.)

John G. Schwegmann also famously used the store’s brown paper bags as billboards for his thoughts and political candidates, Buddy D wore them on his head with the word “Aints” scrawled across the front, generations of schoolchildren used them as book covers and the image of 11 of them has been immortalized in Benny Grunch’s “12 Yats of Christmas.”

The company was sold in 1997 as it struggled with money problems, and the stores closed in 1999.

The building at Piety and Burgundy had been owned by 901 Piety Street LLC since 2017, according to Orleans Parish Assessor's Office records.

RELATED: Doctors, nurses worry what will happen if their coworkers become sick