The owners of the classic beignet stand had hoped to reopen Tuesday, but now say that Wednesday or Thursday is more likely. 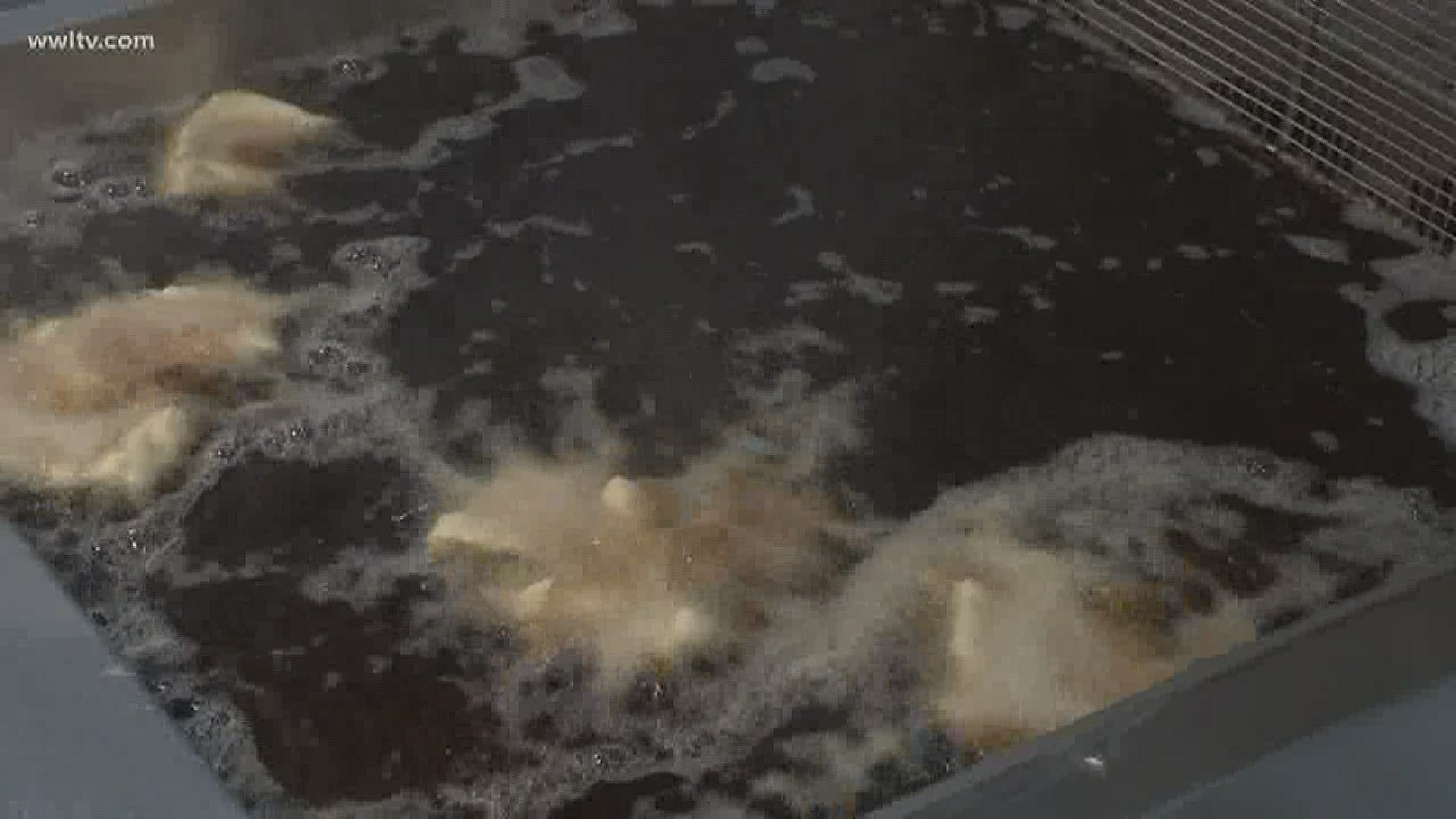 NEW ORLEANS — As the city prepares to enter phase one of its reopening, many businesses are trying to figure out the best approach to operate in an environment still dominated by the coronavirus.

Café du Monde is among them.

The world famous coffee stand bounced back from a previous disaster, but this time, the unknowns are all around.

“We’re very fortunate when people think of New Orleans, we’re one of the things that comes to their minds, we take that very serious," said Jay Roman, president of Café du Monde,

For weeks, it's been a rare site at a New Orleans institution that was first established in 1862. No lines. No people. All because of COVID-19.

But inside there’s movement. As the city prepares to enter phase one of its reopening from mandatory shutdowns, Roman, his relatives and family of employees are using the time to prepare Café du Monde for its reopening, which was tentatively scheduled for Tuesday but pushed back to either Wednesday or Thursday.

The reopening date of the flagship location is dependent on several factor, Roman said, and new tiling inside the building has taken more time than expected.

"When you’re open 24-hours, 7-days a week, you don’t get the chance to do some of the things we’re doing now," Roman said. "We've got 40 year old underground pipes that we’re digging up and replacing, we painted the kitchen, we changed our lighting fixtures from incandescent to LED for the future.”

The future. That’s something on all of our minds. What does that look like without a vaccine for COVID-19? For Café du Monde (or any business looking to reopen) that's a question they must consider.

The last time this stand on Decatur Street closed for more than two months was right after Hurricane Katrina. When it did reopen, many saw it as a symbolic message that the city was on the rebound. Roman and his family are hoping to make it a similar comeback, but much of it will depend on the tourism industry and public confidence.

Roman says the first priority must be the employees. He has to make sure they’ll be safe and then offer enough pay, something he admits can be tough when federal stimulus and unemployment can outweigh what most service industry workers normally earn.

"We looked at ways to help people, but the CARES act did more than anyone could’ve imagined, so now our focus has changed to working with people so they can come back to work and still preserve that benefit that they’re getting,” Roman said.

The next priority is offering a safe environment for customers.

"Then you start figuring out the formulas to which doors to open first and how many hours, and how many people you can have and table placements and the list just goes on and on," Roman said.

The family recently opened up the stand in City Park. Roman said they were able to hire a limited number of workers to open the stand for take-out only, which filled the demand for Café au lait  and beignets.

"When we had a our first beignet out at City Park a couple of weeks ago, it was just to have that smell and the sensory feeling, it was great," he said.

Of course, it’ll be great to have that same experience at the mother ship and the other locations in the metro area, where for now, the chairs are the ones that are sitting.

"It may take us a little while, one at a time and get them going gradually, but they will all reopen for sure," Roman said.

Roman's brother-in-laws oversee operations at the other cafe locations.

"I don’t see a line for a while, but at least, all I’m looking for is life. After we get life, then we can worry about a line," Roman said.

It's small expectations from a place representing such a big part of this city’s identity.