It could be months before the city reaches that level of vaccination, even with more robust options available. 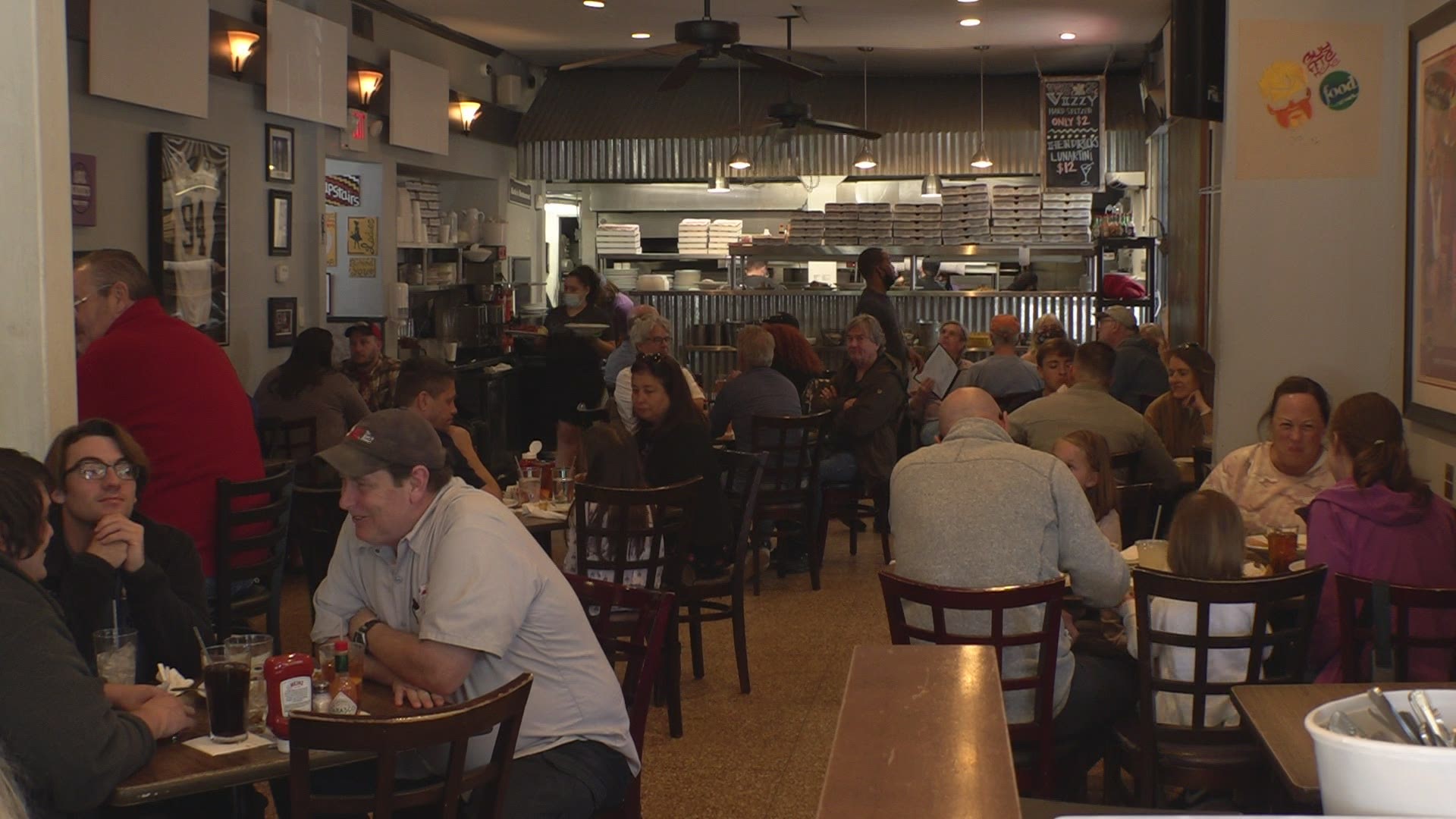 NEW ORLEANS — Mayor LaToya Cantrell doesn't appear to be in any hurry to reopen New Orleans soon after the state announced it was easing many restrictions on businesses and gatherings. In fact, it could take weeks or more before the city is ready to loosen restrictions.

At a press conference Thursday alongside community partners, she said that while the city's vaccination numbers -- 35% of the city has started the vaccination process -- were among the top in the state and the country at large, there would still need to be a higher threshold before reopening.

The city is under a modified Phase 3 order, which limits the number of people allowed to gather and puts some restrictions on venues and businesses.

And listening to Cantrell, it doesn't appear that the city will loosen restrictions any further anytime soon.

While not stating a firm number of vaccinations to loosen restrictions further, Cantrell mentioned that herd immunity is supposed to be achieved when 75 percent of a population is vaccinated.

If that is the number, or close, it could take a while. It's been more than three months since the first doses of the coronavirus vaccine began hitting arms in Louisiana, so even with additional doses in the form of the single-shot Johnson & Johnson vaccine, there will likely be a long road ahead for New Orleans.

It could be months before the city reaches that level of vaccination, even with more robust options available.

And Cantrell said the city would be using those vaccination metrics going forward. Before, the city had been relying on infection rates and the number of new cases being reported; the same metric was used by the state. But with fewer coronavirus tests being conducted and more vaccinations being available now that they are open to anybody 16 and up, health officials are looking at them for a more permanent downgrading of the restrictions.

"That is the key to getting back to the life that we're used to in our city," Cantrell said.

But to do that, more than doubling the number of people getting the vaccine, there will need to be a concentrated effort, especially among Black and other historically disadvantaged populations who may be distrustful of vaccination efforts or may not have the means to get an appointment or make it to the distribution site.

To combat that issue, the city is taking a multi-pronged approach, including door-to-door outreach in certain areas such as New Orleans East to give people information.

"This is going to be one of many different efforts that we take to the streets, take to the community," Cantrell said.

The idea of door-to-door vaccinations has also been floated, but Cantrell did not confirm that such a plan was in the works. If it is, it would likely rely on the Johnson & Johnson vaccine because distribution wouldn't need a follow-up visit.

But recent issues in the production line for that vaccine could delay any kind of new distribution plan. A manufacturer was forced to discard 15 million doses, according to reports Wednesday.

Despite the J&J supply hiccup, Dr. Jennifer Avegno, the director of the city's health department, said that New Orleans would still have more than enough vaccines for its residents.

She echoed Cantrell's mantra that vaccinations were the solution to the pandemic, saying the city would be working to vaccinate underserved communities.

In Orleans Parish, about 60% of the population is Black. But just over 40% of the distributed vaccines have made it into the arms of Black residents -- mirroring similar statewide trends.

"They have to be the way out for everyone, not just those with the fastest internet or most leisure time," Avegno said.