At Wednesday's press conference, she teased "further easements, potentially" to be announced at the upcoming briefing. 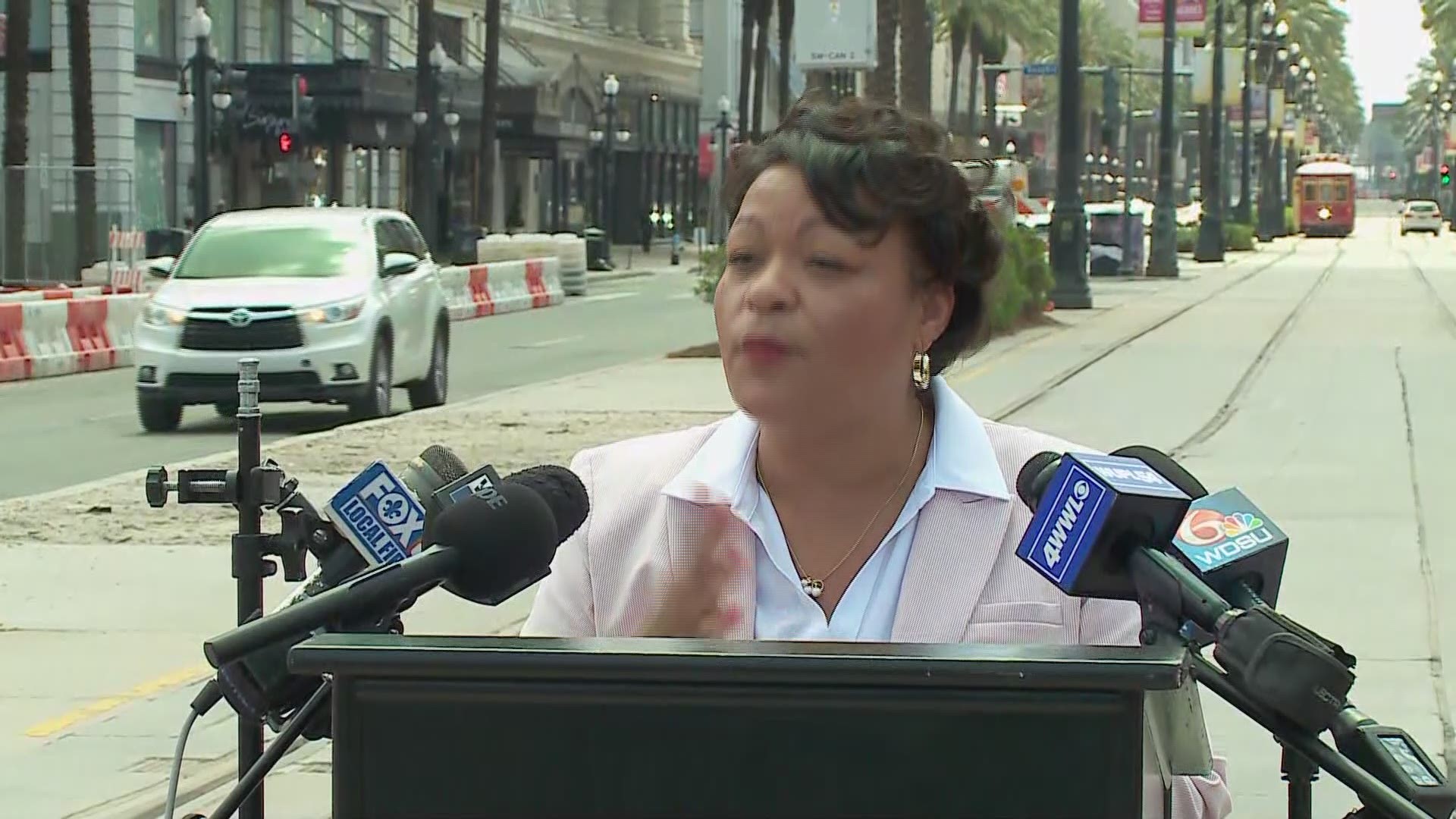 NEW ORLEANS — Mayor LaToya Cantrell said Wednesday that the city of New Orleans could be close to easing COVID-19 restrictions on businesses and crowds, a day after Gov. John Bel Edwards announced he would be ending his statewide mask mandate.

At a press conference celebrating the reopening of Canal Street near the Hard Rock collapse site, Cantrell confirmed that full reopening would require the city to reach "herd immunity" from the coronavirus through vaccination.

"Everything we wish to do in our city, and opening back up our economy, is about getting vaccinated," she said.

The 75% vaccination benchmark Cantrell laid out is still a long way away for New Orleans.

Cantrell is expected to address the city Thursday with Dr. Jennifer Avegno, the city's health director, on how New Orleans would move forward without the statewide mask mandate.

At Wednesday's press conference, she teased "further easements, potentially" to be announced at the upcoming briefing.

Even if she does lift some restrictions Thursday, Cantrell said residents of the city would still need to wear masks, even outdoors, for the time being.

Edwards' new guidelines allow for local governments like Orleans Parish to impose their own mask guidelines, which can be enforced even without the state's mandate overhead.

For weeks, as New Orleans' coronavirus numbers have improved, and vaccination rates in the city continued to outpace those of the state and much of the nation, Cantrell's administration has resisted pressure to budge from a modified Phase 3 restriction, which limits crowd sizes and bar operating times.

"We continue to see steps being taken … but the hesitancy is still there and it's holding us back from where we need to be," Cantrell said.