It will be up to Orleans Parish District Attorney Jason Williams whether to pursue a new case against Hayes. 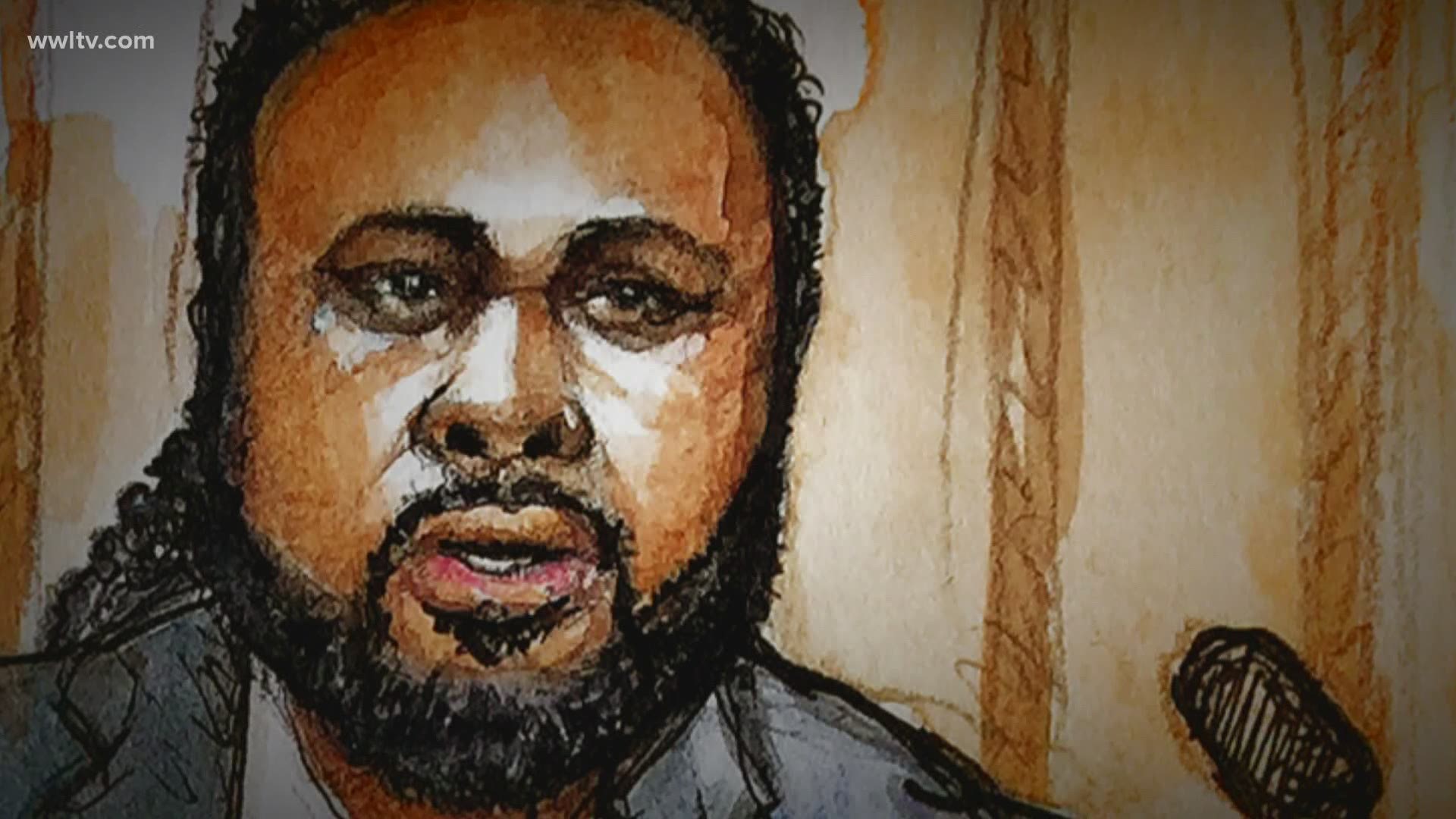 NEW ORLEANS — The man convicted of manslaughter for killing New Orleans Saints great Will Smith in 2016 is no longer a convicted killer.

The U.S. Supreme Court vacated his conviction Monday, as it has with several other Louisiana cases where juries split either 11-1 or 10-2 to convict and the cases were still under direct appeal when the high court ruled in 2019 that non-unanimous jury verdicts are unconstitutional.

Cardell Hayes was charged with second-degree murder after shooting Smith and attempted murder for shooting Smith’s wife, Racquel, who survived, after an altercation in Lower Garden District in April 2016.

Hayes, a tow-truck driver and semi-pro football player shot Smith, a defensive end who anchored the Saints’ defense from 2004 to 2012, after a car crash and argument. Hayes claimed Smith was going to his car to get a gun and he shot him in self-defense. An Orleans Parish jury ended up convicting Hayes of lesser crimes, manslaughter and attempted manslaughter, on a split 10-2 vote.

Since then, the U.S. Supreme Court found Louisiana’s non-unanimous jury verdicts unconstitutional in the Ramos v. Louisiana case, allowing all convictions still on direct appeal to get a new review. The high court looked at Hayes’ case Monday morning and vacated the conviction, sending the case back to the 4th Circuit Court of Appeal in New Orleans for review.

It also looked at the case of Reginald Jones, a lesser-known case decided by a split jury.

The 4th Circuit is expected to grant a new trial, as appellate courts have in several other split-jury cases. In July, Ronald Gasser, who also killed a football star, former New York Jets and John Curtis Christian School running back Joe McKnight, after a road rage incident in Jefferson Parish, was already granted a new trial by the 5th Circuit Court of Appeal in Gretna.

It will be up to Orleans Parish District Attorney Jason Williams, who was just being sworn in Monday as the Supreme Court decision came down, whether to pursue new cases against Hayes and Jones.

"In accordance with the United States Supreme Court ruling in Ramos v. Louisiana, which struck down Louisiana’s Jim Crow-era non-unanimous jury law, today the U.S. Supreme Court remanded two cases to lower courts for new trial,” Williams said in a statement. “Both of those cases -- one well known, and one relatively unknown to the public -- will receive thorough review and a decision in the coming weeks on the best way to proceed under the law to deliver justice."

“It is akin to double jeopardy,” said Landrum, a former acting district attorney and criminal court judge who lost the December runoff for DA to Williams. “The jury has already made a decision that there is not enough evidence to sustain a second-degree murder conviction. And so you cannot now go forward seeking any second-degree murder charge.”

Landrum said there are difficult logistical issues with handling the influx of old cases that could be set for new trials because of the Ramos decision. Only those cases that were still on appeal are being remanded, but there are an estimated 1,600 people in Louisiana prisons who were convicted by nonunanimous juries.

There is a separate case currently before the Supreme Court that argues all of them, including those defendants who exhausted all their appeals before the Ramos decision.

“I don't know how the system could endure retrying every case that was a split-jury verdict and then also handle the cases that are pending within the system,” Landrum said.

According to surveys done in the wake of the Ramos decision, most of those convicted by split juries are Black. Santana said that is precisely why Louisiana instituted a split jury system during the Jim Crow era.

“It was based on racism, and I think we saw that if you look at the numbers of individuals who were convicted by non-unanimous jury verdicts,” he said.

Shondrell Perrilloux, president of the St. John the Baptist Parish NAACP chapter, has been advocating for new trials for anyone convicted by a split jury, drawing attention to some cases that are moving more slowly than others.

She said she is not generally taking a position on their guilt or innocence, but she did say the facts in Hayes’ case, in particular, call for a plea deal rather than another trial. She said she hopes Hayes will get no additional prison time after serving about five years on a 25-year sentence.

“The incident was a result of self-defense and unfortunately, because of the high publicity and the individual -- the victim involved in this matter -- was an NFL player, we strongly feel that Mr. Hayes didn't get a fair proceeding,” Perrilloux said.

But Landrum noted there are a lot of issues to consider in cases like Hayes’.

“There are many factors that will play into if, in fact, they negotiate some type of plea or Mr. Hayes himself may want to go to trial again and see if a jury will convict or not convict,” Landrum said. “You have to also take into account the victim's family and what they have endured.”

This is a developing story. Stick with WWLTV.com and Eyewitness News for the latest information.