Celebrations continue in honor of the life of Portia Pollock 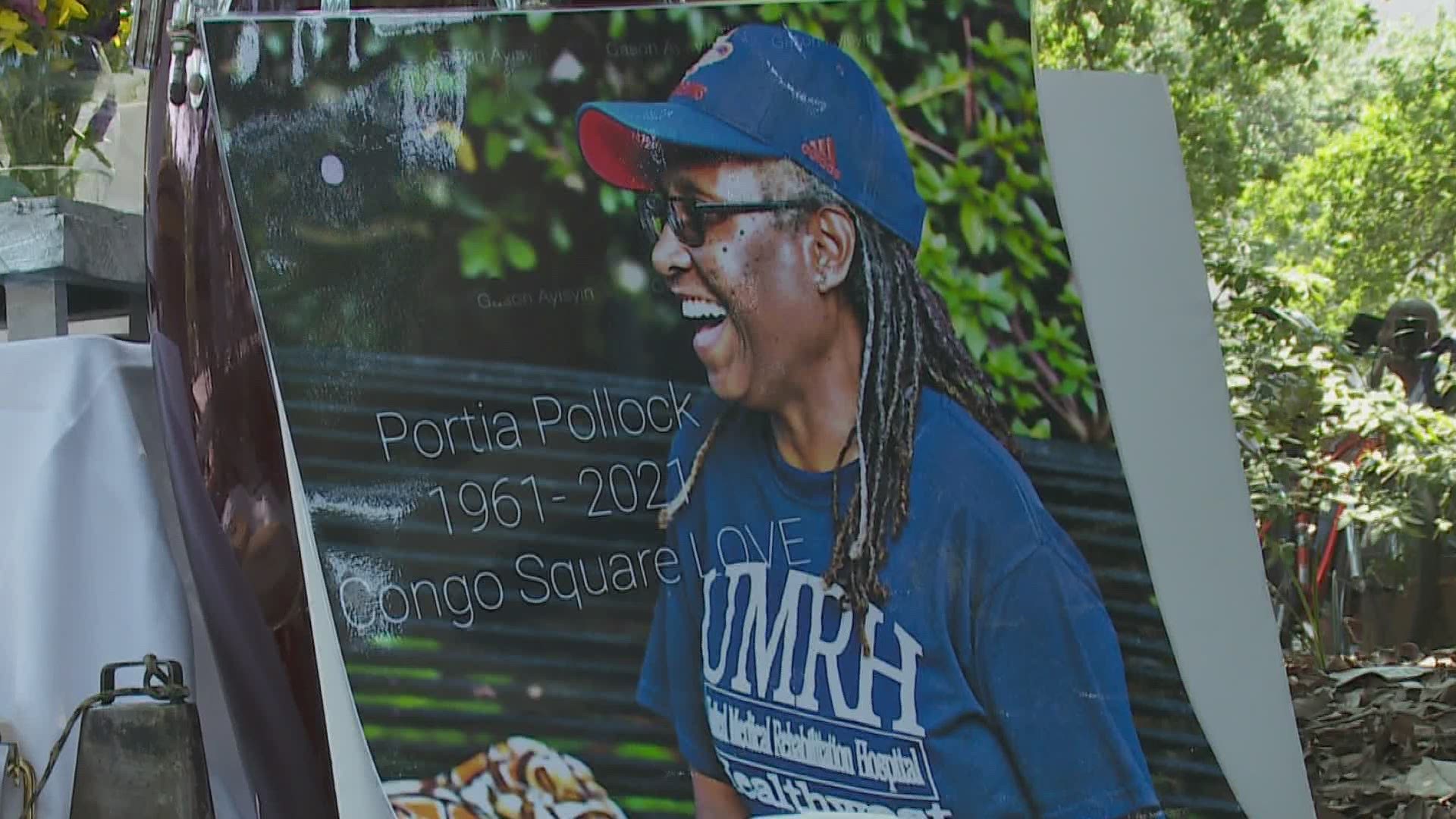 Portia Pollock had been drumming at this sacred spot for more than three decades. Today, following her killing during a carjacking Tuesday, the event was held in her honor.

"Anybody who knew her, say Ashe. Anybody who wish they had known her say Hallelujah," said Rev. Denise Graves.

Portia Pollock's death was tragic and violent. But for this gathering at Congo Square, a drum circle of friends, supporters and the community chose to describe how she lived, not how she died.

"I'd rather have her here more than anything in the world. But if Portia has to be the spark for change, we'll take it. I'd like to see good come out of this. I want to see this city move forward and take a giant step in a positive direction," said Fatima Muse.

Photos of Pollock performing were on display along with her hat and drums. And at the same time as the community mourned her physical absence, they celebrated her powerful spirit.

RELATED: Portia Pollock no longer with us, but her light lives on