Christmas will look different this year. Here's how

The holidays might look different this year, but those responsible for some of the city's favorite traditions say they never thought of not trying to put them on. 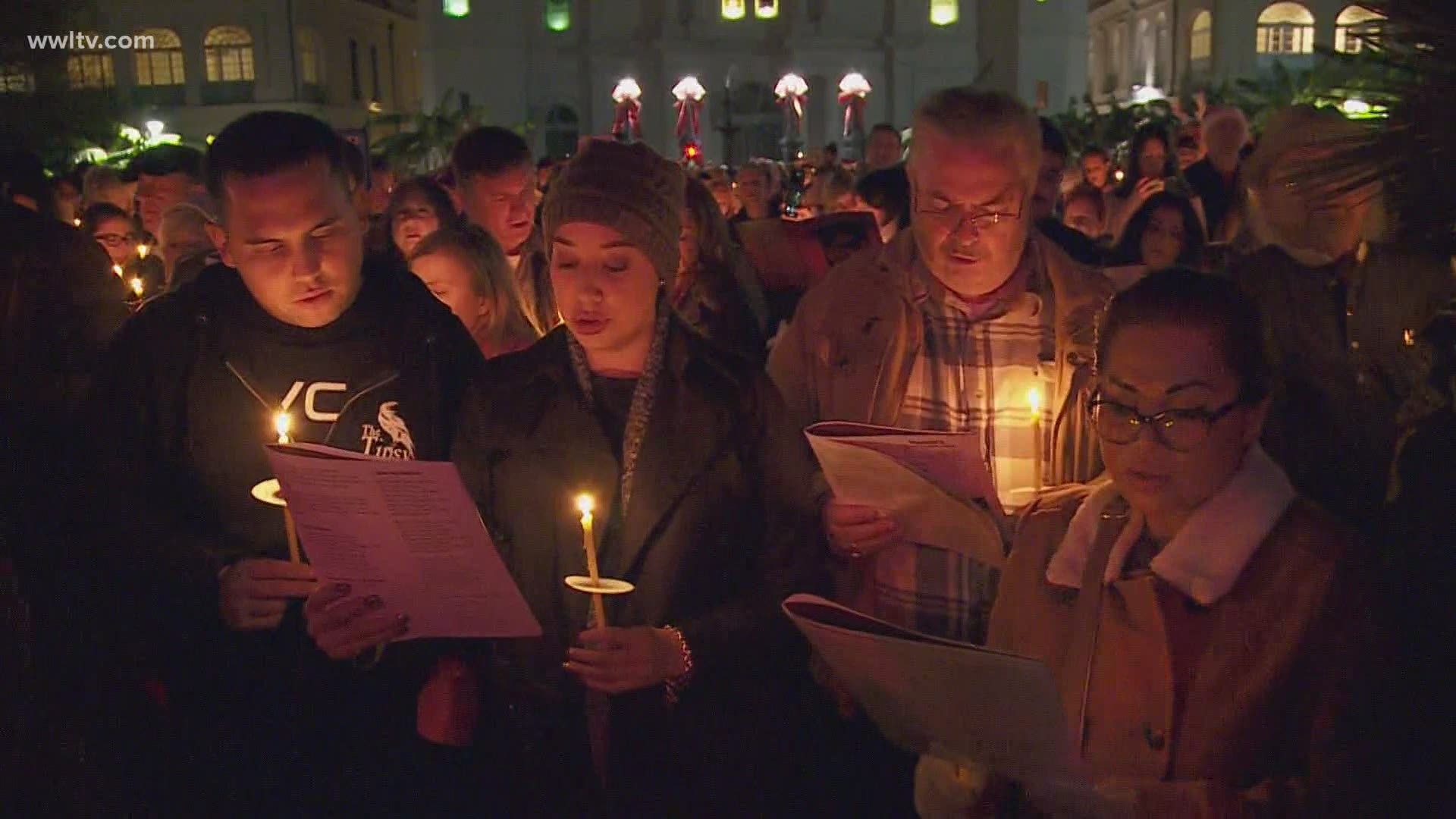 NEW ORLEANS — It's sort of like being all dressed up with nowhere to go.

Jackson Square is in the holiday spirit, but Caroling in the Square, a tradition three-quarters of a century old won't happen in the usual place -- or the usual way -- this year.

A small number of carolers will gather down Decatur behind the gates of the Old U.S. Mint for a socially-distant sing-along on Dec. 20.

Joey DiFatta and Sandra Dartus, with Patio Planter, the group that puts on the caroling, say they would love to have the usual 10,000 people attend, but it'll be far smaller thanks to COVID regulations.

“It's going to be very small, very limited with a lottery within the Patio Planters membership,” Dartus said.

You'll still be able to join in, though. The caroling goes digital and will be livestreamed.

Across town, Celebration in the Oaks is still happening, but the walking tour is a no-go this year.

Instead, you'll have to drive through the park to see the lights.

In the CBD, the Roosevelt's lobby is all aglow as usual, but you won't be able to linger as long.

The holidays might look different this year, but those responsible for some of the city's favorite traditions say they never thought of not trying to put them on again.

“It was important to continue this tradition,” Chambers said.

“It had to happen. The people right now need something to look forward to,” DiFatta said. “This will be the best we can give to the people of the city of New Orleans for Christmas.”