With a limit of less than one-fourth of his capacity, Father Tony Ricard said he will work with the city's limits, but it will be difficult. 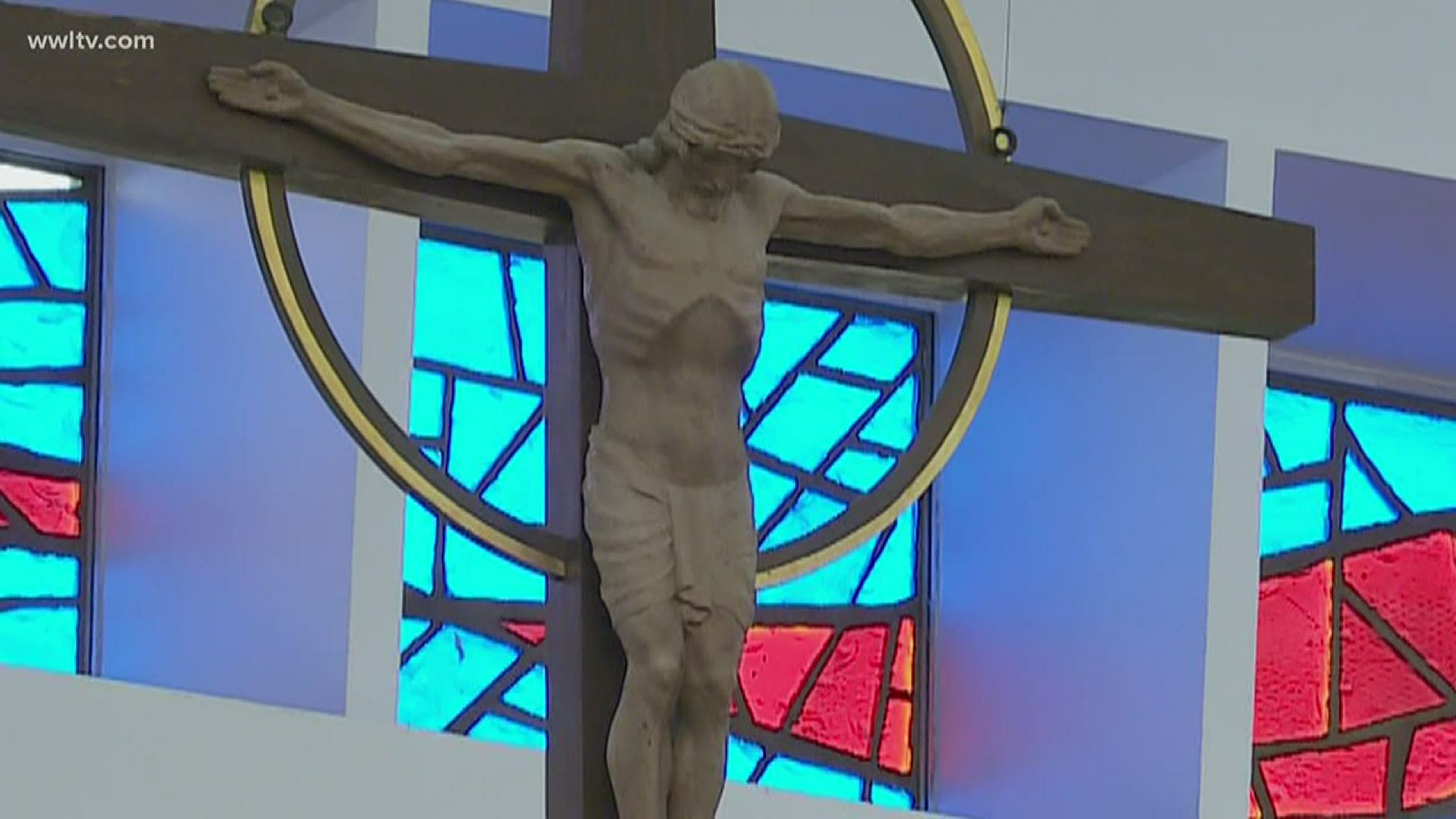 NEW ORLEANS — Like many faith leaders across the state Father Tony Ricard is ready to welcome parishioners back to mass at his church in Gentilly.

“When a church closes, it’s almost like you can’t go to maw-maw’s house or paw-paw’s house and so for them it’s a chance to go to the family house again,” said Ricard.

This weekend, under the reopening plan from the state, places of worship, like St. Gabriel the Archangel Church can open at 25 percent capacity. For St. Gabriel, which has a capacity of about 450 people, that would mean about 112 can attend service.

However, because St. Gabriel sits in New Orleans, there’s a cap of 100 people total.  That cap is part of Mayor LaToya Cantrell’s added restrictions for reopening the city.

RELATED: 'Mask Up' for the new normal as Louisiana reopens

RELATED: St. Tammany to reopen most businesses Friday, May 15

“If we’re wanting to reopen the city, it’s going to come with even greater responsibility and that is of all of us,” said Mayor Cantrell

Father Ricard says whatever the restrictions, his church will follow them and adapt as needed. He’s just happy to see people in the pews again.

To help make that decision, signups for mass at St. Gabriel will be done online and spots will also be held for elderly folks who may not have access to computers.

“Because they’re going to show up at the door and the last thing you do is tell maw-maw she can’t come in her church,” said Ricard.

While still practicing social distancing on the inside, with this reopening, Fr. Ricard knows his parishioners will be closer than ever.