The ribbon-cutting coincided with a city council resolution allowing the NOPD to drop people off at the facility. 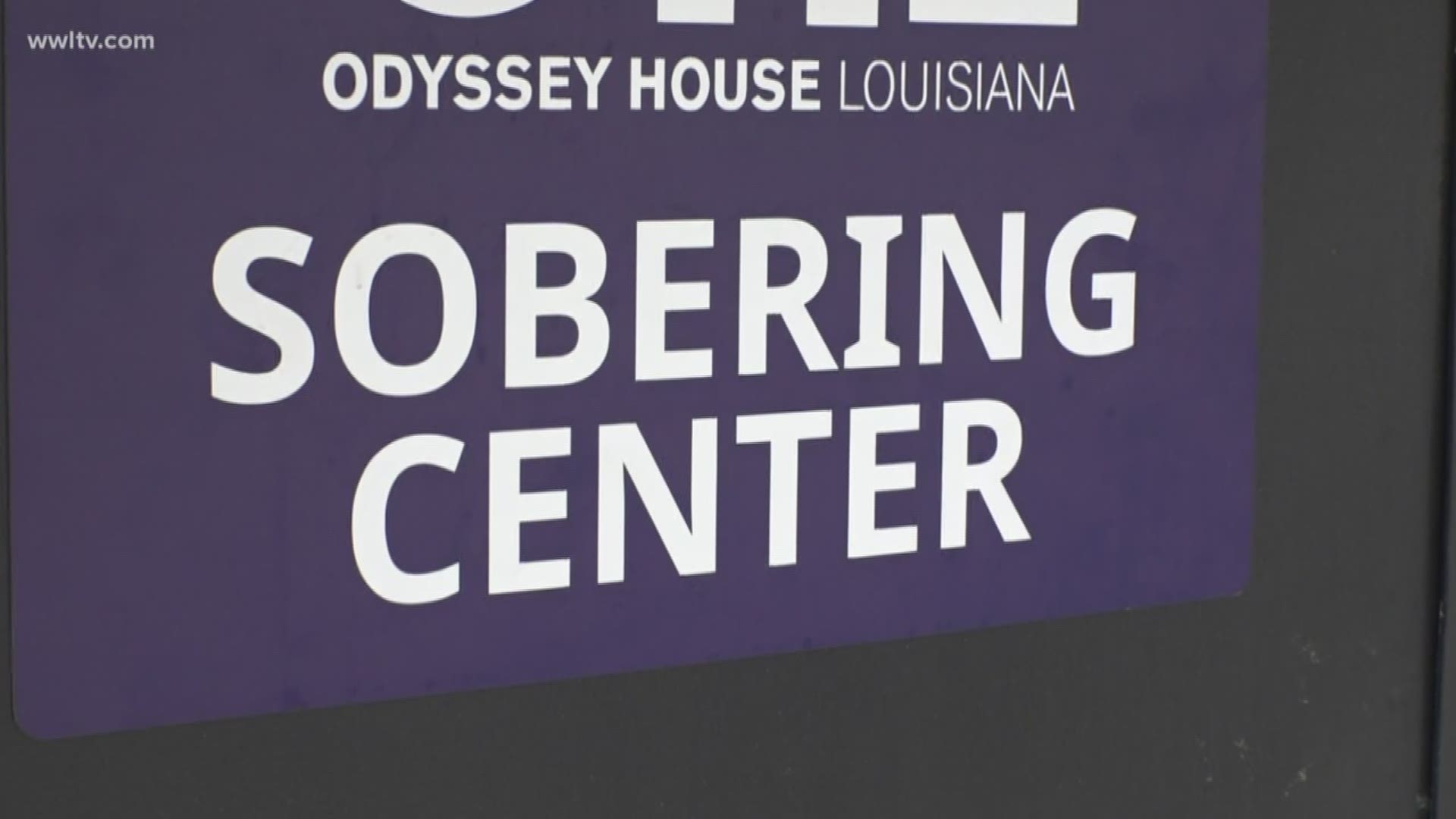 But the spot that was once a corner bar is now being used to help people recover, whether it was a night of partying hard -- or a more serious problem.

“It's against the law to be drunk on the streets of New Orleans, sleeping in door fronts and storefronts and harassing our people, our visitors, our restaurants,” said Mayor LaToya Cantrell.

“Everyone can agree: our city has a complicated relationship with alcohol, which all too often impacts not only our residents but also our visitors and our loved ones,” said Dr. Jennifer Avegno, the city’s health director:

The City Council on Thursday passed an ordinance that would allow New Orleans police to pick up people -- visitors or locals -- who are intoxicated as long as they consent. Councilwomen Kristin Palmer and Helena Moreno wrote the ordinance at the request of the Cantrell administration.

And as long as a person is not committing a violent crime, they'll be taken to Odyssey House's Sobering Center.

“We're not going to put you in jail,” Cantrell said during the center’s ribbon cutting. “But we're going to get you off our streets.”

Part of the goal is to free up police and EMS to respond to more serious calls.

“We've seen that the average turnaround time to drop a patient off at the sobering center is about 13 minutes,” said Dr. Emily Nichols, New Orleans EMS director. “That's compared to up to an hour or more at the hospital.”

There's also the goal of getting additional help for those who need it.

Council members welcomed the idea before they unanimously approved the ordinance.

“We're tying up these vitally important folks with things that can be handled much better in a facility like we're creating here,” said City Councilman Jason Williams.

At that moment, a light above his head in the council chamber turned on. “Oh, the light came on. Interesting. Symbolic.”