City to use Mardi Gras-style pickup for trash starting Friday

“There is no magic wand that will solve this overnight,” said Cantrell. “If there was one, I would have waved it.” 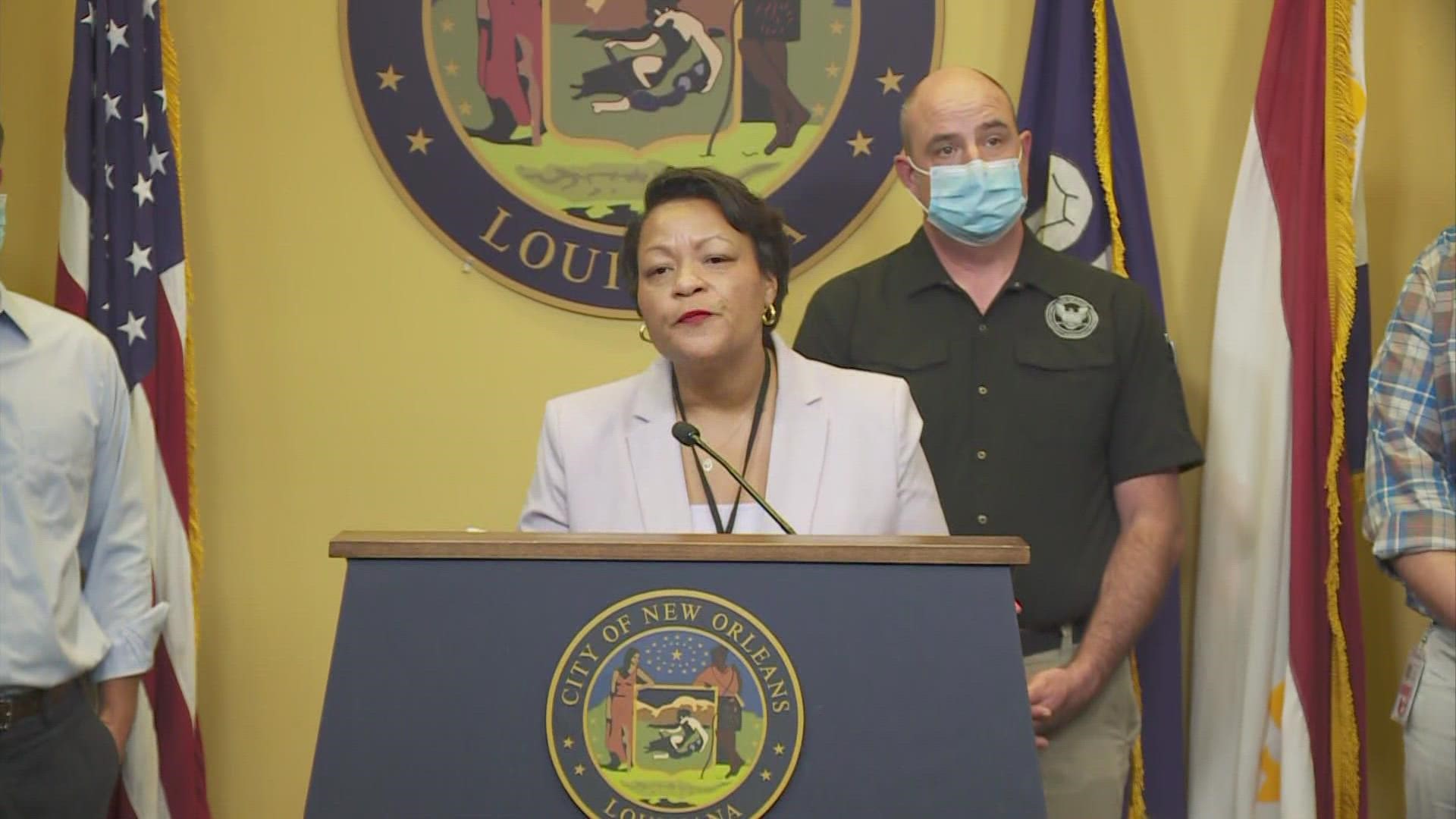 The city of New Orleans will be adding a Mardi Gras style garbage pickup collection process to help try to get rid of some of the trash that is collecting, rotting and stinking in several neighborhoods across the city, some of which haven’t seen trash pickup since before Hurricane Ida.

Mayor LaToya Cantrell and CAO of Infrastructure Ramsey Green said that 10 vehicles from the city would be put out along with heavy equipment and a police presence to pick up loads of the rotting trash. She called it "Operation Mardi Gras."

The city Department of Sanitation, Parks and Parkways, Public Works, the S&WB, Orleans Parish Sheriff's Office, RTA and the airport will all mobilize heavy equipment to go down all streets in the city and remove all bags that are currently on the street.

The operation will start Friday and will include laborers loading the bags into dump trucks and front-end loaders and transfer the trash into a landfill.

"We're doing this not out of choice, but out of necessity," said Green.

“There is no magic wand that will solve this overnight,” said Cantrell. “If there was one, I would have waved it.”

Green emphasized that the city crews would not be picking up the city’s 95-gallon containers, but rather the additional bags of waste being put out alongside the containers due to the containers mostly being filled.

The 95-gallon containers will still be on the list for the normal garbage collection vendors.

The city crews are for solid food waste and not downed tree limbs and storm debris, which is yet another function, but not as much of a health problem as rotting food, diapers and other household waste.

“This is a temporary solution as we come to a more permanent solution,” said Ramsey Green, the city’s chief administrative officer for infrastructure.

The problem of solid waste pickup, especially considering the contents of a lot of refrigerators and freezers put out before and after Hurricane Ida, have begun to rot and attract rodents and flies.

Mayor Cantrell said that the city's trash contractors are looking at a 3-5 times bigger work load after the storm with about only 25 percent of its normal workforce.

In addition to the city’s collection efforts, they have 4 trucks from Ramelli Waste that are picking up parts of Algiers and Mid-City, which they referred to as zone 1. The city has also bid out pickup for zone 2 and said that they have had one response from a vendor with 20 trucks, but there is concern that the company has trucks but not enough workers.

Cantrell said that IV Waste trucks that are also helping with collection, is working with a deal with Metro for its normal routes.

Cantrell also addressed her Elysian Fields Transfer Station dump site, which has come under some criticism from residents who complained about being asked to dump their own household waste, while paying someone else to do it.

Cantrell said it was just an option, for people who had been asking for an option. She said that 200 vehicles used the site during its half day of operation Wednesday and another 600 dumped trash there Thursday.

“You don’t have to, but if you want to, the option is there.”

Cantrell also said the city is considering a credit to residents who went weeks without trash pickup for weeks before Hurricane Ida and in the storm's aftermath. She said she is also looking into legally rebidding the city’s garbage contract.

“That is absolutely on the table. I think we have to put it out,” she said. “We need our trash picked up.”