“It definitely could’ve made a difference," said Mischler. "You’re looking directly down the street, it’s a straight shot where the fire was." 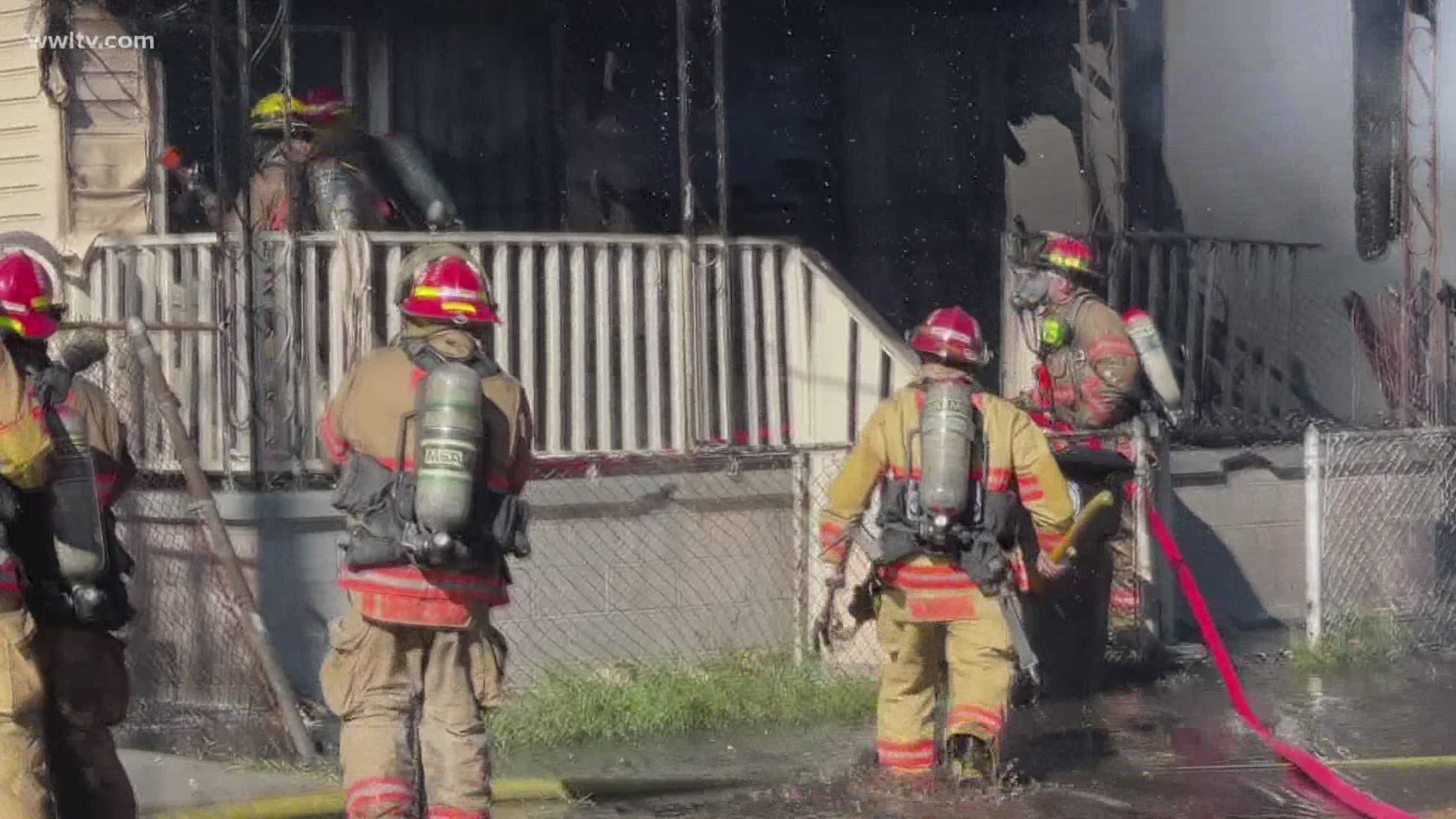 NEW ORLEANS — In the aftermath of Wednesday’s deadly house fire in Central City, there is growing concern that citywide furloughs may have affected the fire department’s response time. The fire destroyed two homes and killed one person, Chevell Johnson, in the 2600 block of South Johnson street Wednesday.

The cause of the fire is being investigated, but Dolores Harris suspects her neighbor’s desperate situation, in which she didn’t have power or gas, may have been a factor.

“They had a little pole sitting in the yard. She was running an extension cord to the house. I think that’s how the fire started,” said Harris.

The fire was shocking enough, but Harris says what she heard from firefighters surprised her.

“They said they had to come from way across town to over here because they’re on furlough,” said Harris.

COVID-19’s stranglehold on the city budget is forcing every department in New Orleans, including first responders, to reduce cost through furloughs.

“Putting companies out of service and making us come from further distances to respond takes even more time. It’s hampering us more than you could imagine,” said Aaron Mischler.

RELATED: 'I have nothing' | Neighbors left homeless after deadly Central City fire

The NOFD interim fire superintendent says the first company arrived on the scene within six minutes. Aaron Mischler, president of the New Orleans Firefighters Association, says it would’ve been a different situation had it not been for furloughs. Under the cost cutting formula, the fire department must close certain stations when staffing falls to a certain level. When the fire broke out on South Johnson Street, Engine 16 was out of service. Engine 16 is roughly six blocks from the fire scene.

“It definitely could’ve made a difference. You’re looking directly down the street, it’s a straight shot where the fire was. We’re estimating probably a two-minute response time to get to that fire instead of six. In a job where every second counts, four minutes is a huge difference that could mean life or death for anyone,” said Mischler.

Mischler says he understands the pandemic’s financial pain, but the city must keep public safety a priority.

“Looking through the capital budget where they’re spending $3 million to revitalize Lincoln Beach when people are dying in fires and crime is out of control, I think priorities need to be revisited,” said Mischler.

“It hurts real bad to see things like this go on, and they’re worried about a Mardi Gras. Nobody here is worried about Mardi Gras,” said Harris near the fire scene in Central City.

It took 55 firefighters to put the fire out Wednesday. Mischler says with furloughs, that left just 36 to cover the rest of the city. It’s something he says is an emergency on its own.

In a statement today, City communications Director Beau Tidwell thanked firefighters for their dedication but said the shortfalls from the pandemic are “staggering” Tidwell added, “All city employees are being asked to make a shared sacrifice with these furloughs. The NOFD leadership is making every effort to ensure that these measures are implemented in such a way as to minimize impact to public safety.”