Dr. Dwight McKenna says budget cuts have hurt his office's ability to do its job. 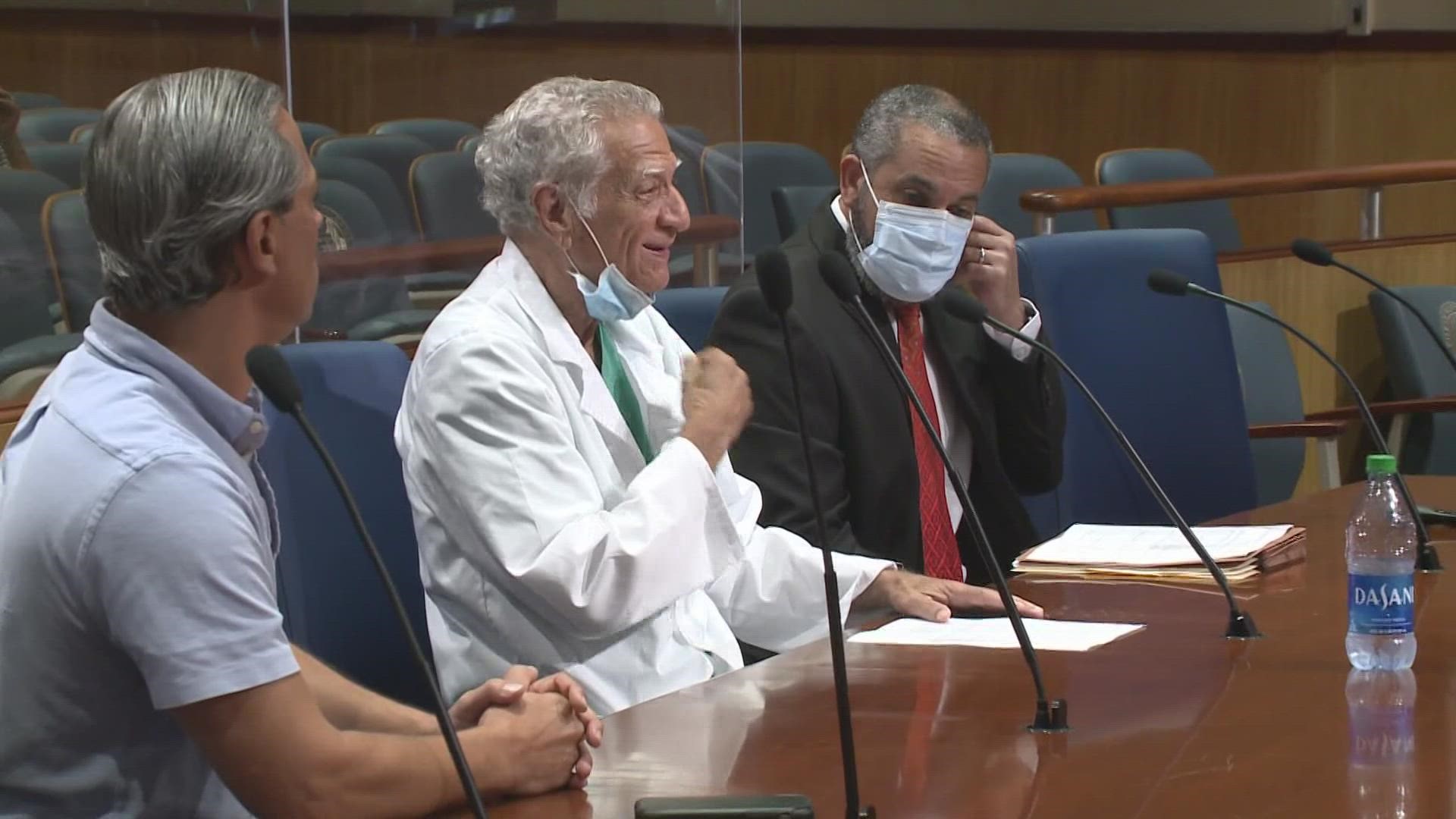 NEW ORLEANS — With all of the violent crime and the raging delta variant, New Orleans' coroner says the workload is too much for his staff and he’s asking the City for more money to keep his office going.

City Hall got about $388 million in COVID-19 relief, and city leaders are looking to spend $70 million of that to shore up pandemic-related losses.

One office looking for a cash infusion: the Orleans Parish coroner.

Dr. Dwight McKenna says budget cuts have hurt his office's ability to do its job.

McKenna says that constant drumbeat is burning out his staff.

"When people come in and die, we got to go get them,” he said. “We can't have bodies laying out on the street. At the rate they're dying now, we have -- we're short investigators, our people are getting burned out. They really are."

McKenna says that right now he has four pathologists on staff, those who conduct autopsies. He needs at least one more. He has five investigators, but could use another one.

"My pathologists are being overworked. And I'm telling you if we lose one, there's no way three pathologists can do this,” McKenna said. “That's impossible.”

Just how the financial picture plays out in the future remains to be seen. But the coroner's office -- and others -- are already making their case to get their piece of the pie during tight times.

The Cantrell Administration told the City Council’s Budget Committee yesterday that it’s being cautious with the expected COVID stimulus money. They estimated it could have to last until 2025, which is when they expect the City will finally see the same amount of pre-pandemic revenue again.