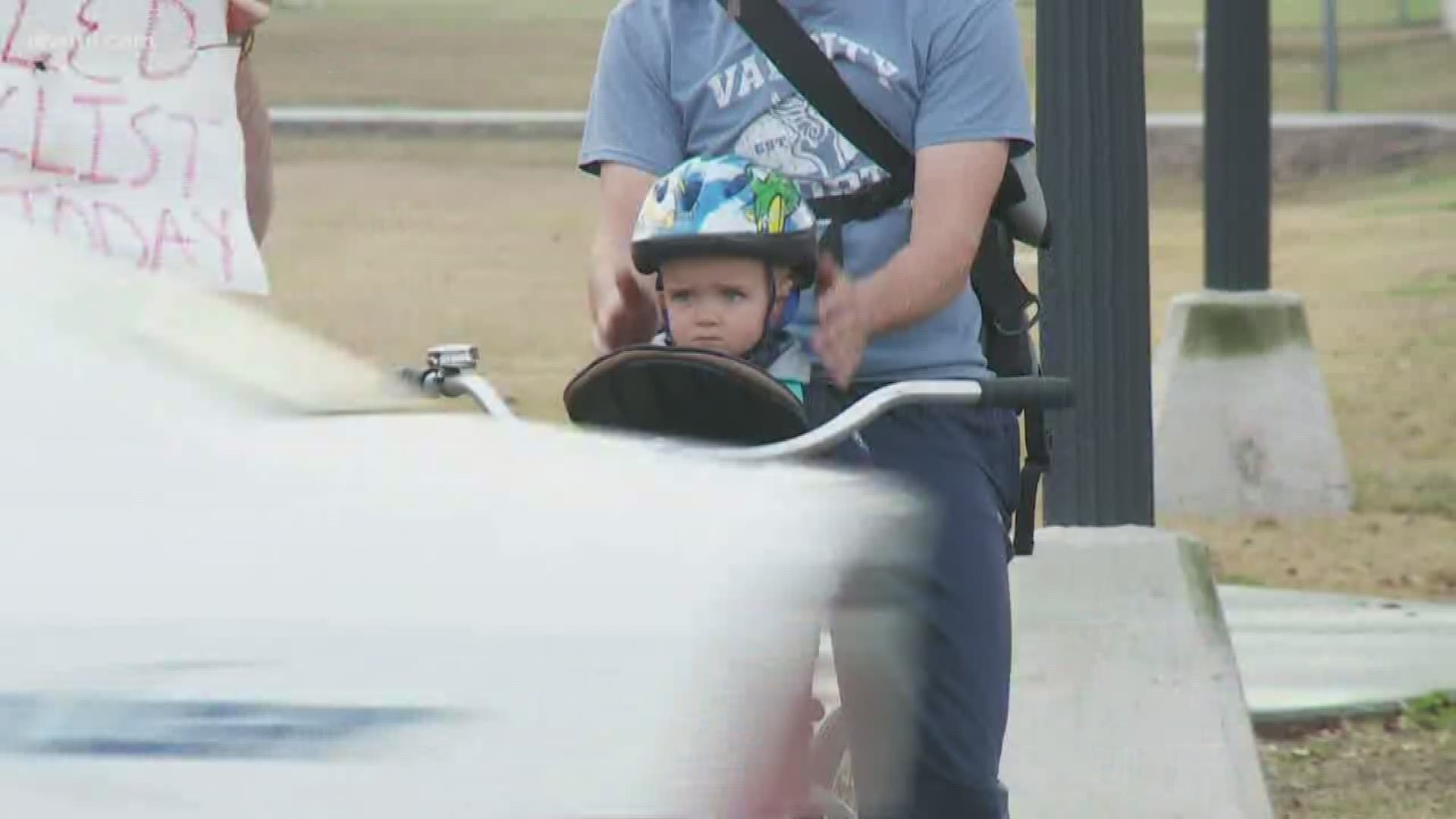 Those on two wheels were forced to ride around it, into traffic.

That was also part of how the ride to work was for Robert Bell with Bike Easy, a cyclist advocacy group.

“I had to veer out of the bike lane on Loyola Avenue. Not one, but two vehicles were parked there in front of the Hyatt,” he said, “so I had to swing out into traffic, look over my shoulder and it’s just a risky thing.”

By the end of the month, a new ordinance will greatly increase ticket prices for parking in a bicycle lane. Say goodbye to a modest $40 fine and hello to a $300 one.

RELATED: Bicyclist killed after being struck by garbage truck

“We’re not looking for anyone to go broke and go into bankruptcy over this issue,” Bell said. “We just want them to take it seriously.”

Banks led the effort to write the new law. He said the idea came about after the recent fatality on Esplanade Avenue. But he said it’s not just those behind the wheel who need to change their behavior on the road.

“If we need to increase the fines for bikers who violate traffic laws, we’re going to do that, too,” he said. “Bikers have a responsibility to obey the traffic laws. They cannot run through stop signs, they cannot blow through redlights, they cannot go up one-way streets.”

Keith LaGrange, who heads up the city’s Department of Public Works, said the message is already being sent to those caught breaking the new law.

“In the last two weeks we’re issuing notices, flyers inside the citations, so people parking in a bike lane … will know that this month we will be rolling out the increasing fines,” LaGrange said.