Palmer’s proposed motion comes less than a week after Mayor Cantrell said she’s open to other ideas for the building. 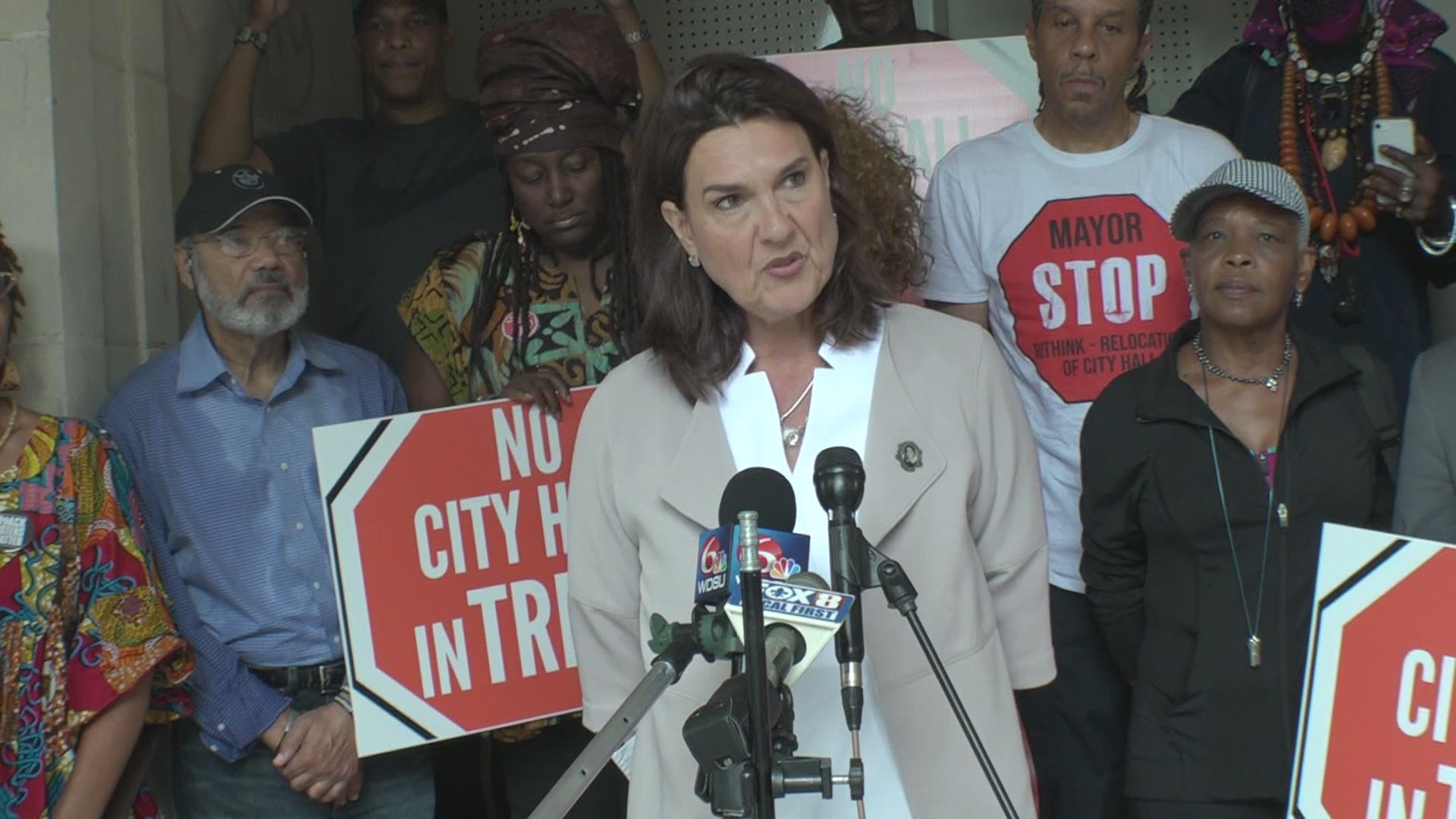 NEW ORLEANS — The fight over what to do with the Municipal Auditorium is heating up.

On Wednesday, neighbors stood alongside District C Councilmember Kristin Palmer in the shadow of the auditorium as she talked about new legislation aimed at making sure those in Treme are a part of the conversation on what to do with the blighted building.

Palmer has introduced what is known as an interim zoning district as a way to prevent New Orleans City Hall from moving in.

“What that basically does is, it’s going to set up a vote for the next council meeting, asking the council members to vote on the cessation of any development within Armstrong Park, especially prohibiting government offices, parking garages or surface parking,” Palmer said.

The move also sets up a public review process and the decision would go to the city planning commission.

Mayor LaToya Cantrell’s communications director, Beau Tidwell, responded to Palmer’s announcement late Wednesday saying in a statement, “we have not yet seen draft language for Councilmember Palmer’s motion, so we don’t know concretely what’s being proposed. To our understanding, the interim zoning district will either have absolutely no effect on any of the initial work on Municipal Auditorium or it could be written in such a way that it prevents activation of the $38 million in FEMA funding and imperils any future use of the site. Councilmember Palmer risks dooming the Municipal Auditorium to demolition by neglect.”

Palmer’s proposed motion comes less than a week after Mayor Cantrell said she’s open to other ideas for the building, but just two days after that the mayor’s office extended the deadline for the request for proposals for project management and request for qualifications for design services for the new city hall project at the Municipal Auditorium.

“I really think the RFQ process should be halted,” Palmer said. “I don’t think it should continue because it really puts the cart before the horse in terms of development.”

The mayor’s office says they must move forward on the process now to avoid losing the $38 million in FEMA money earmarked for fixing the auditorium, adding that this does not lock the city into one proposal or another, at this stage in the process.

The city also says the RFP and RFQ process will be phased. The first phase includes starting the design and project management work to fix the Katrina damage. Tidwell says that in order to ensure that the $38 million remains dedicated to the auditorium, the city needs to demonstrate phase one design progress or else they could lose the money.

Residents we heard from remain frustrated.

“No one from City Hall has reached out to me or us, the residents, about the initiative, but Councilmember Palmer,” said Jarrett Cohen with the Historic Faubourg Tremé Association.

“We have one goal,” Cheryl Austin, another Treme resident, said. “And that is for City Hall not to relocate to the Municipal Auditorium.”

Another resident, Andrew Grafe, added “what we want is a stabilized building that’s functional, that’s for public use, that is not a government building and we want to see the city government honor and respect the citizens of this neighborhood.”

The vote on this legislation is scheduled for the next council meeting.