Crews had to delay the demolition because high winds prevented some of the prep needed to set off the explosives. 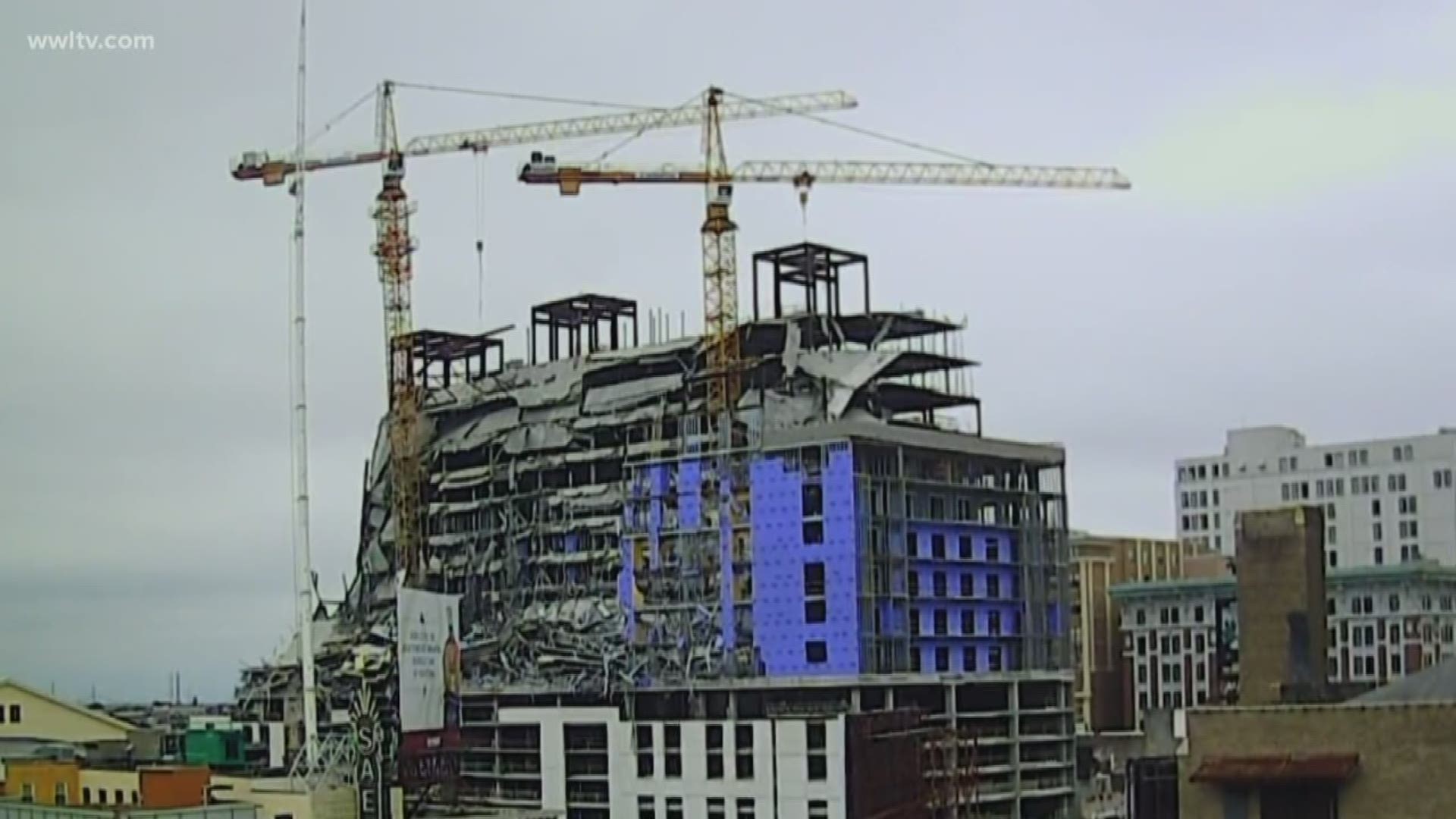 The demolition, originally planned for sometime before sundown Friday, was pushed back to Saturday. Authorities said at a Friday morning press conference that high winds slowed their prep work.

Mayor LaToya Cantrell said the plan is to proceed with the demolition no earlier than noon on Saturday, one week after the initial collapse.

New Orleans leaders hope to drop the cranes straight down without damaging nearby businesses and historic buildings around the site at the edge of the French Quarter.

Norma Jean Mattei, the head of the engineering department at the University of New Orleans, says there could be some damage to the lower floors of the building when the cranes come down.

"That's an interesting idea of collapsing it into one piece," she said. "That's a lot of energy that's going to hit something that's not moving."

One of the crane towers is about 270 feet high. The other stands about 300 feet. Both have massive cross arms adding more tonnage. Neither is stable. Each boom weighs 145,000 lbs.

"We're in the tough part now, making it happen, putting people in danger," McConnell said during the Friday morning update.

"Now we face weather," he said. "We are working as fast as possible that conditions will allow." 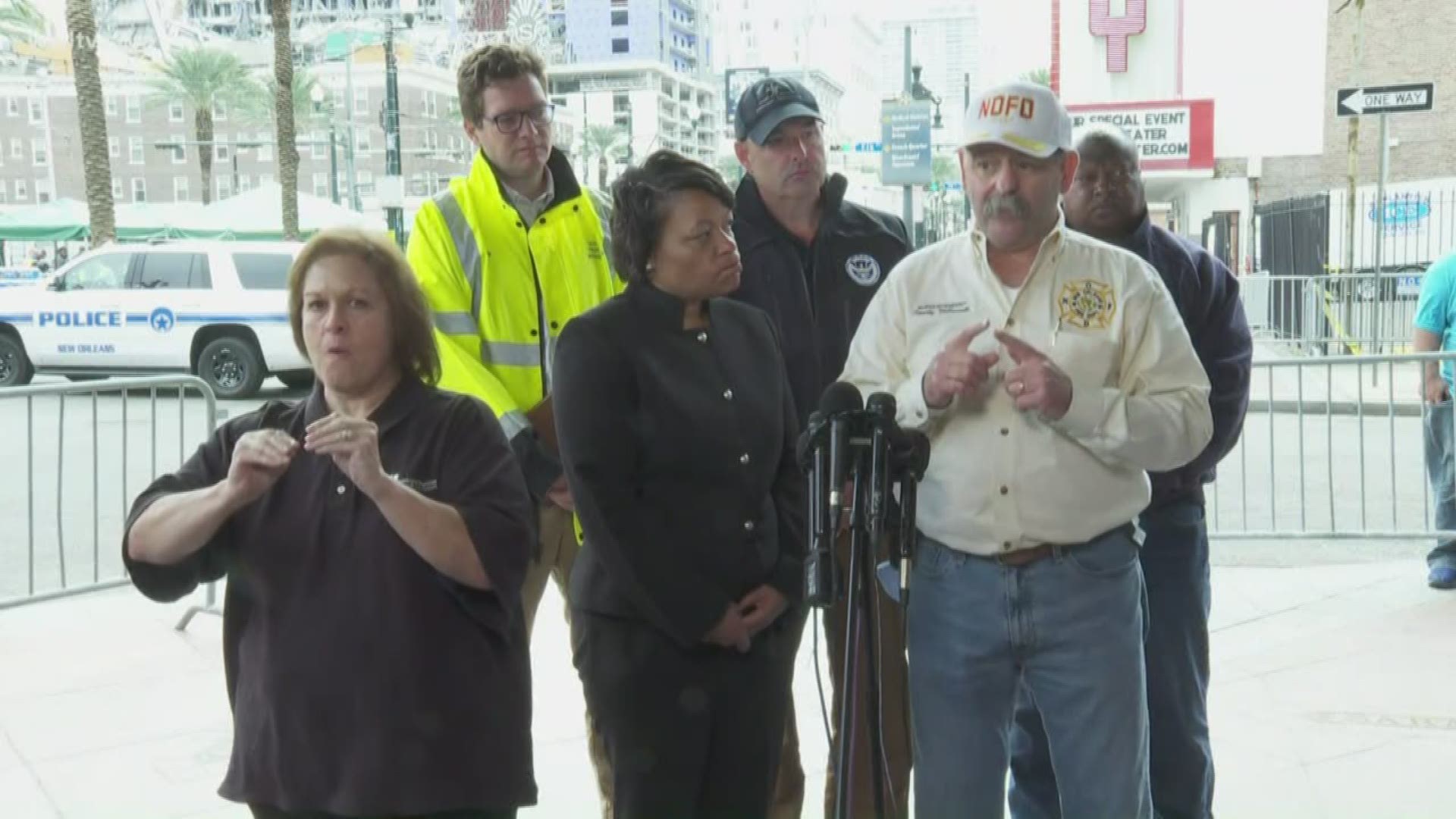 Crews were originally racing against the clock before Potential Tropical Cyclone 16 formed into a named storm, but the latest forecasts predict the storm will have minimal impact in the metro New Orleans area.

McConnell said an already wide evacuation area around the site would be expanded ahead of the explosion.

Director of Homeland Security Collin Arnold said that officials will go door-to-door and contact residents by every means possible to make sure everyone is out long before the charges are detonated.

Gas to a major utility line was being shut down and steps were being taken to protect that line and underground electrical lines that could be affected by falling debris. McConnell said the line would be severely damaged were a crane to land on it.

If the operation is successful, McConnell said, the towers will drop vertically and simultaneously. He said the collapsing cranes should form a rough A shape.

"There's obviously the risk that as it comes down, the structure is unstable, but we believe we're fine," McConnell said. "The risk still continues to be the towers coming down on their own."