Curbside recycling will continue in New Orleans with a few exceptions 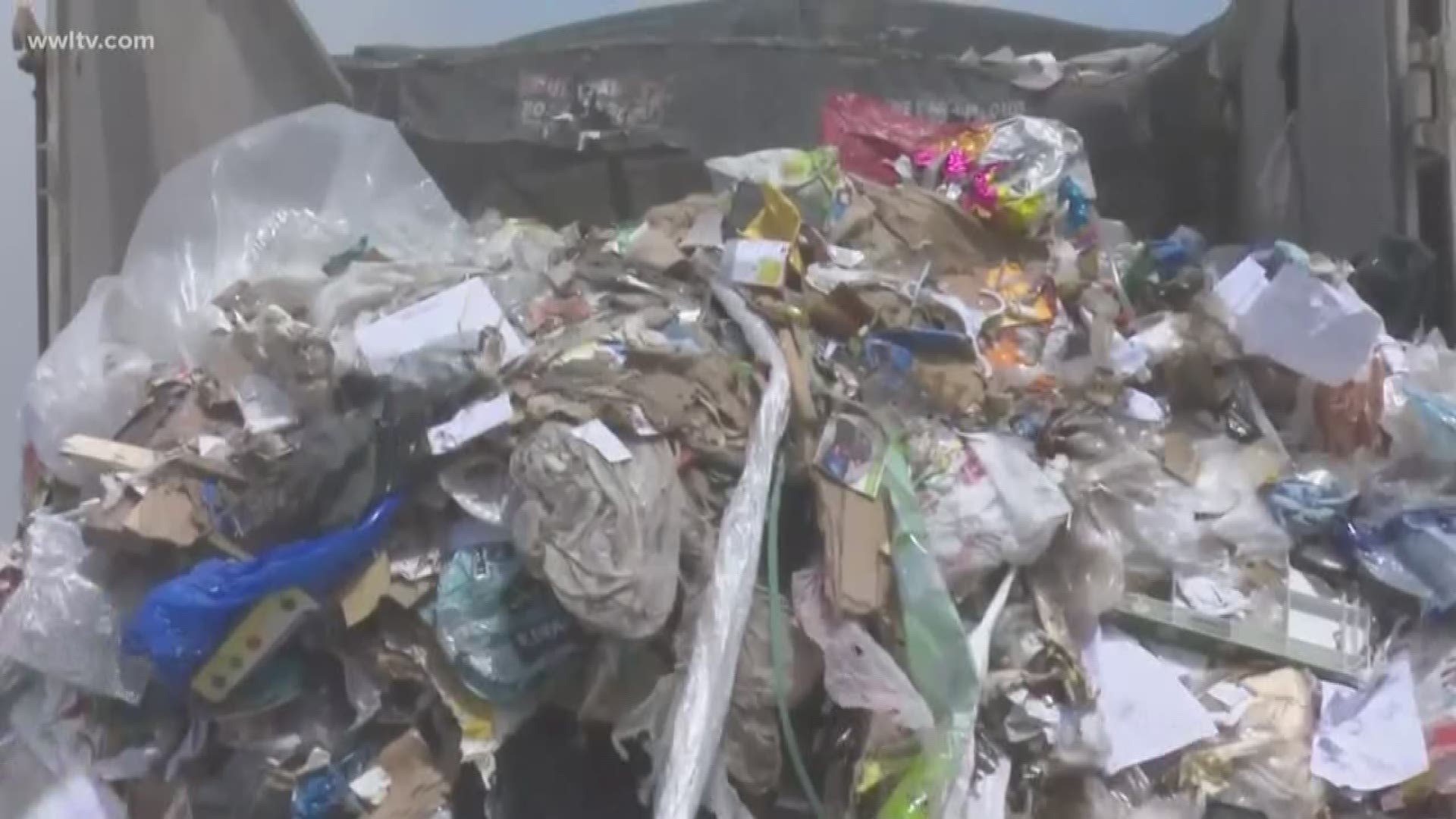 The city of New Orleans announced it will continue its residential curbside recycling program after a month of silence following the announcement that the sorting facility used by the city's contracted recyclers would stop accepting residential recycling.

But the continuation comes with some caveats.

Starting Saturday, May 18, fewer items will be allowed into home recycling bins to cut down on contamination -- the amount of non-recyclable material mixed in with the recycling -- before it is sorted.

PREVIOUSLY: Recycling may stop in Orleans and Jefferson Parishes on May 17

Wax board containers such as juice boxes and milk cartons, as well as plastic bags, will not be recyclable under the city's changed program.

Here are the items that will be accepted curbside during regularly scheduled collections:

Here are the items that will no longer be accepted curbside:

Here are the items accepted at the Recycling Drop-Off Center (located on Elysian Fields Avenue) on the second and fourth Saturdays of each month:

Food and drink containers should be rinsed out before recycling. As always, Styrofoam, containers with food, and items stained with grease (such as pizza boxes) are not accepted in the curbside program or at the Recycling Drop-Off Center.

On April 17, recycling processor Republic Services told city contracted recycling collectors that they would stop accepting any residential recycling on May 17.

Republic cited China’s partial ban on imported recycling from the U.S. as the reason for the change. Global markets also changed contamination level requirements for import into countries where the majority of the world's recycling is done.

“We must all do our part to reduce contamination to assist collection, processing and manufacturing companies until new and expanded markets are developed," said Ramsey Green, Deputy CAO for Infrastructure and Chief Resilience Officer for Metro Services Group, one of the city contractors.

"Although contamination from our area has not exceeded generally acceptable levels, it can be reduced further. It is our hope that these actions will assist in extending the life of the City’s recycling programs.”

City officials did not say how they would dispose of recyclable material without sending it to Republic Services.