The customer seen in the video spoke exclusively to Eyewitness News 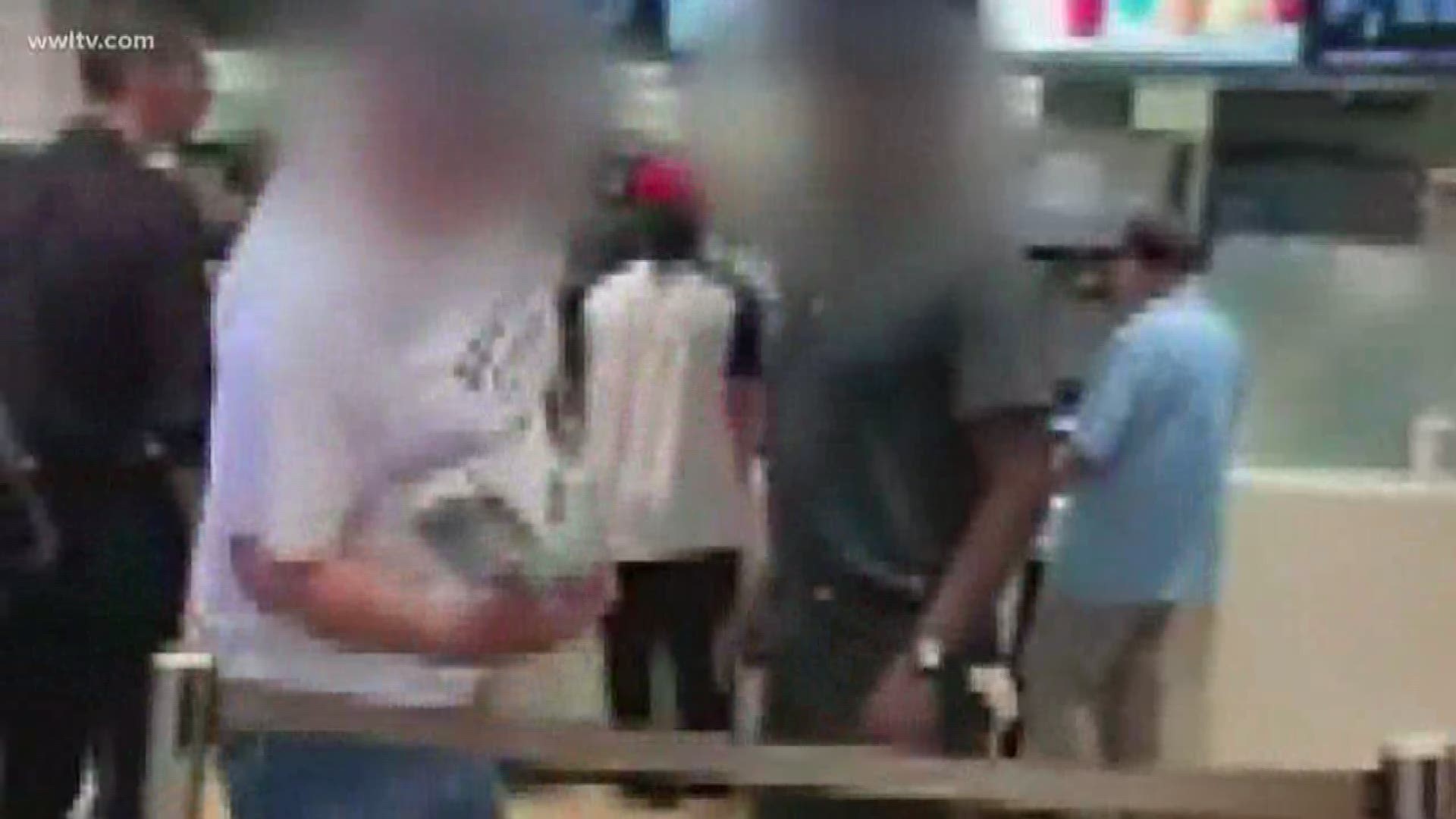 NEW ORLEANS — The video is startling. An employee at the McDonald’s on Canal Street on the edge of the French Quarter appearing to choke and punch a customer early Saturday evening.

Eyewitness News first covered the investigation into the incident Wednesday night, after that story aired the customer in the video reached out to WWL-TV and wanted to tell his side of the story.

The customer didn’t want his name used, but said he is in New Orleans on vacation with his wife and says he had no idea the altercation was caught on camera until he saw the story on the news.

Eyewitness News is not revealing the name of the employee involved because he has not been criminally charged.

“I'm a big, big boy,” said the customer. “Bigger than he is, but I didn't fight back. It was embarrassing. I didn’t want to leave my wife alone in New Orleans if I went to jail. If this happened to me in McDonald’s what could happen to her on these streets?"

The customer said he was bruised and injured in the incident that all started with bad service.

He says the french fries they ordered were cold, when he sent them back he was not happy with how employees responded.

The customer admitted he had an attitude when he told the workers he wasn't happy, but can't explain the violence.

“If I could make sense of it I'd tell you, but I don't have a clue,” he said. “The customer is always right, even if he's wrong.”

Eyewitness News went to that McDonald's and found the employee still working there as of Tuesday.

We asked the employee for his side, but he didn't want to talk until he spoke with his employer first.

“I'd like to see that guy in jail,” the customer said.

The franchise owner provided a written statement to WWL-TV that said “the behavior seen in this video is not what I expect from my employees, we are conducting a thorough investigation of this incident."

NOPD is investigating, but at this time, no charges have been filed.