Council members pressed Entergy about coming up with better alert systems so high bills won’t come as a surprise to customers. 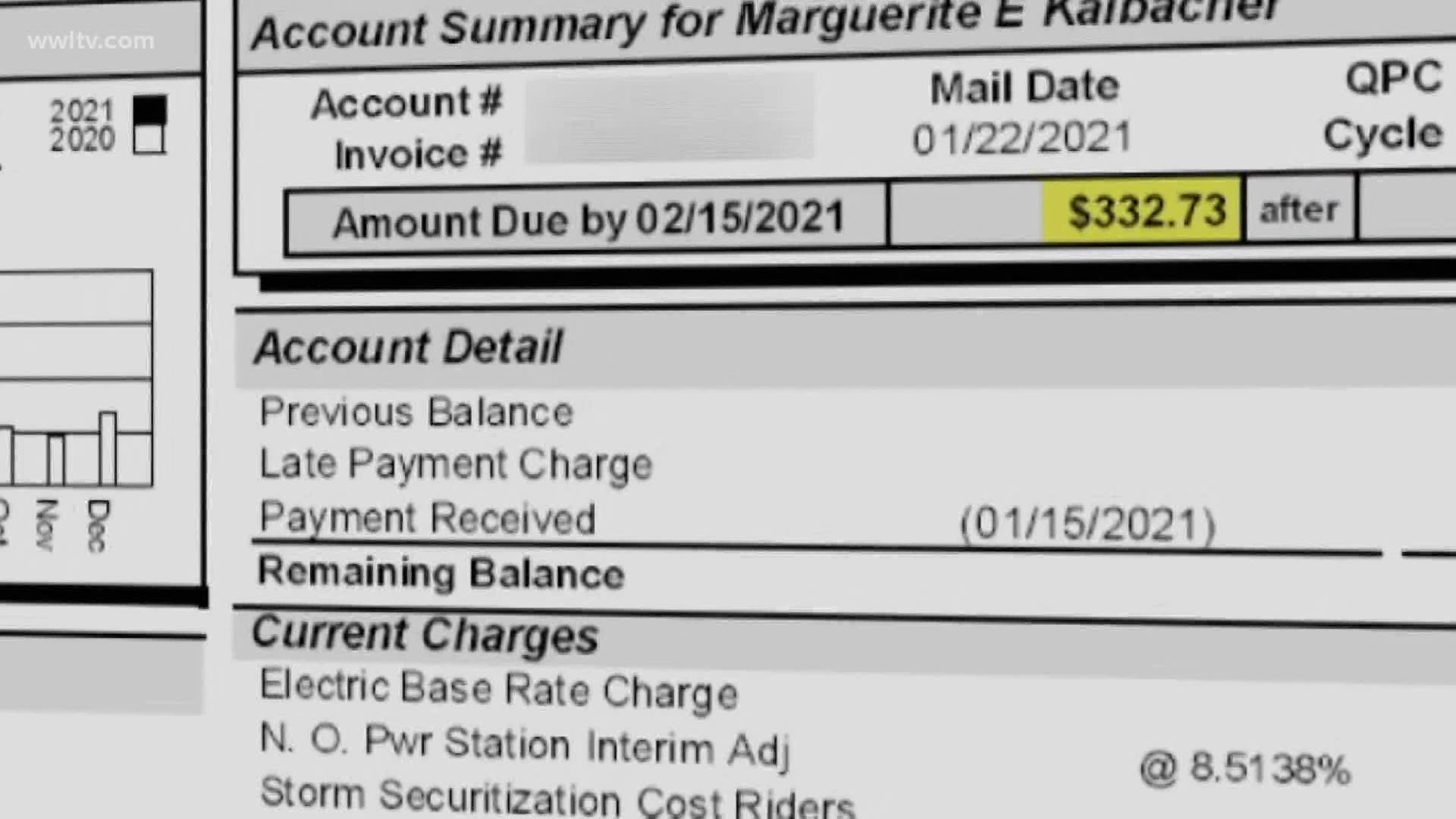 NEW ORLEANS — The New Orleans City Council received so many complaints about Entergy bills, they questioned Entergy about the spike customers were seeing in a special meeting Tuesday.

Entergy customers all across New Orleans have been confused and frustrated over sky high January energy bills.

“My first reaction was there’s a mistake,” said Kyle Melancon, whose bill more than tripled at $680 in January. “Nothing, absolutely nothing could have prepared me for the price tag on this particular bill.”

Because of the high number of complaints, the New Orleans City Council decided to hold a special meeting to question Entergy New Orleans.

Entergy claims there are multiple reasons for the higher bills. First, a 12 percent increase in the cost of gas. Plus, two Entergy power plants were down in November, forcing the company to buy power somewhere else.

The biggest factor they said though, is a longer bill cycle and increased customer usage showing an average of 41 percent higher electric usage and 122 percent higher gas usage.

“This is driven by weather that was colder,” Entergy Attorney, Brian Guillot said.

"You don't believe that these double and triple bills can in any way be attributed to some type of error in the AMI (Advanced Metering Infrastructure) meters?” Moreno questioned.

The question still remains: Does this explain why some bills doubled or tripled?

Entergy did not give a clearer answer, only adding that in those extreme cases, your best bet is to call Entergy and speak with someone to look over your bill.

“We haven’t received many of those calls,” Guillot said.

“I probably will do that,” Melancon said.

Council members pressed Entergy about coming up with better alert systems so high bills won’t come as a surprise to customers.

"Are these readings accurate and if they are accurate, when the company started to see in early to mid-December usage could be souring, why was the public and council not warned?” Moreno said, demanding Entergy find a better way to alert customers they could see high bills.

To try and keep your bill down for now, Entergy suggested its Energy Smart program for free energy efficiency assessments, levelized billing so you'll pay about the same each month, and notifications you can set up to alert you when your bill will be over a certain amount.

As for you next bill, Entergy said those plants that were down are back online and this billing cycle will be shorter so you should see a lower February bill.

The New Orleans City Council did approve a resolution Tuesday extending the Entergy shutoff moratorium and suspending late fees until May 15.