David Price said he hopes it can be a simple solution to a larger problem. 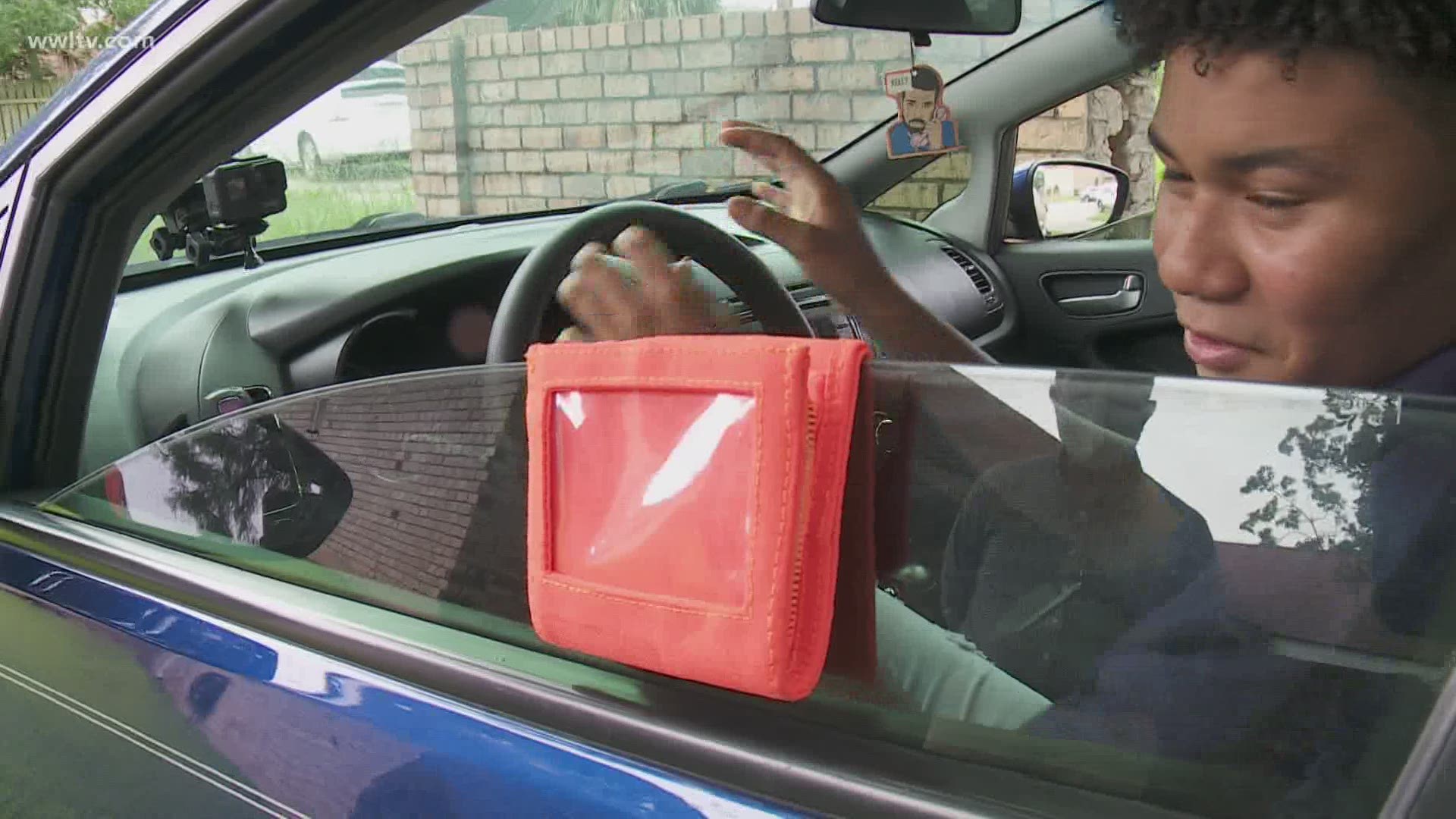 NEW ORLEANS — The bright orange pouch is small enough to keep clipped to a visor in a car and designed to hold documents including your license and registration.

“You would place the Safety Pouch on the window so when the attending officer approaches the vehicle, all your information will already be available,” said David Price. "You can keep your hands in sight to eliminate you from reaching."

Price, an 18-year-old freshman at Loyola University, said he came up with the idea as part of a business class project.

"We had to create a product that would kind of represent a societal change we would like to see. So that's why I came up with the concept and after a couple of months we finally got the final product,” he said.

Price said he hopes it can be a simple solution to a larger problem.

"I kind of first came up with the concept of it when I first got my driver's license and my parents sat down and had ‘the talk’ with me about what to do in case of a traffic stop,” he said.

Price's Safety Pouch is getting a lot of attention online. Some of the celebrities who've taken note of it include Beyonce's mother, Tina Lawson; actress Holly Robinson Pette; and models Bella and Gigi Hadid.

"The device is a necessity but it's also a statement because it's telling you the extents that we as African-Americans have to go through just to keep us safe during simple traffic stops,” he said.

The Safety Pouch is still nearing completion, but Price has already sold about 1,200 of them, and they’ll ship out as soon as possible.

He said people can buy the Safety Pouch at thesafetypouch.com and have them donated to students who are learning to drive.

RELATED: Demonstrators rally in Tréme for reparations to Black Americans