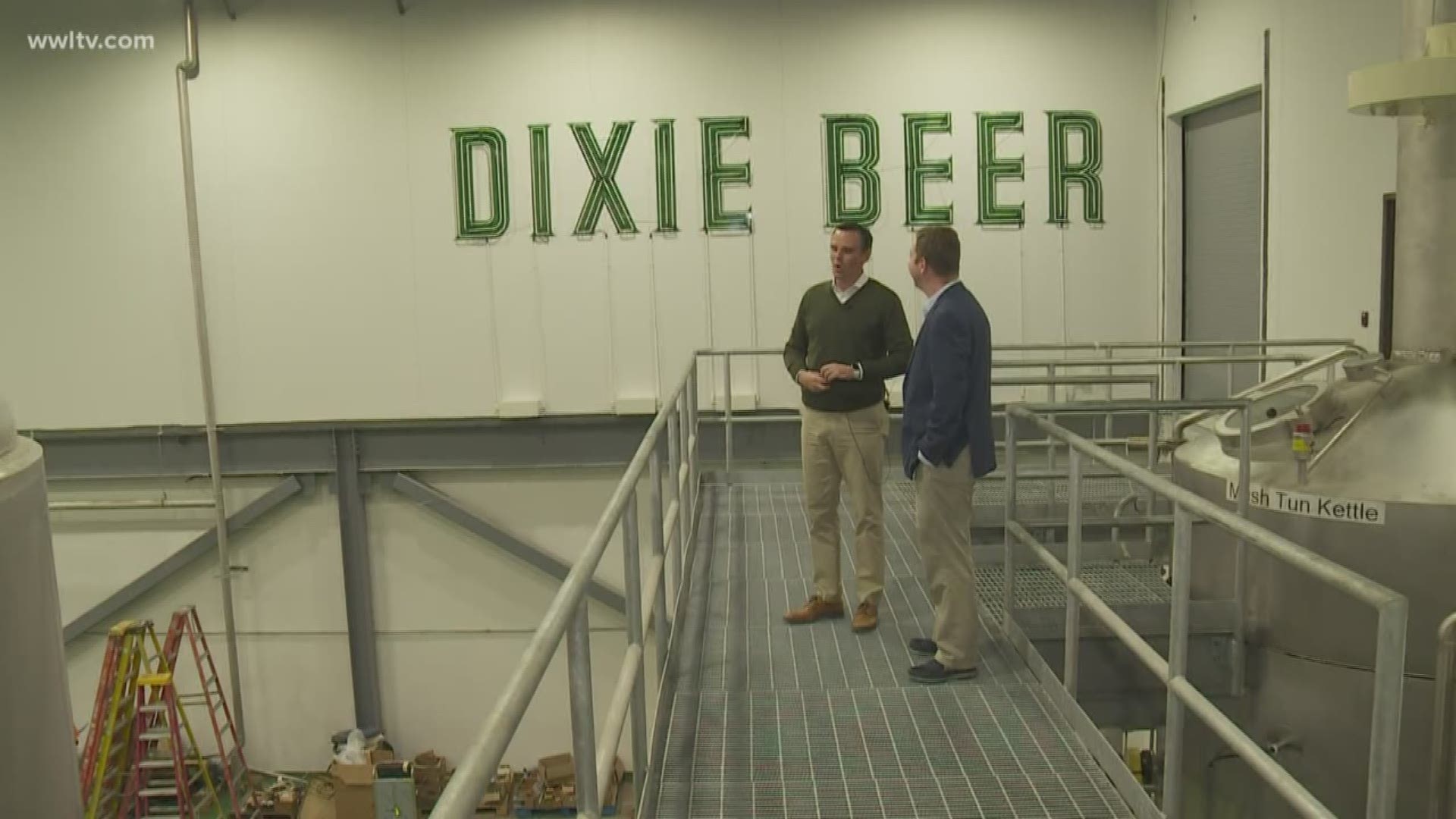 The 112-year-old beer that for nearly a century was brewed on Tulane Avenue has been transient since Hurricane Katrina flooded its plant in 2005.

But now, after stops in Wisconsin and, most recently, Tennessee, the beer is back home.

The $30 million project will open to the public in mid-January in the former MacFrugal’s warehouse along Interstate 10 near the Industrial Canal.

While the location is new, it gives a nod to the city’s beer-brewing past.

Inside, there will be a museum that features memorabilia from Jax, Regal and Falstaff, among other breweries that once called New Orleans home.

Dixie’s Tulane Avenue plant featured a tall brick tower. That is being rebuilt at the new brewery.

“As you come across the I-10 High Rise going east toward Slidell, this hopefully will be the first thing you see lit up at night,” said Jim Birch, Dixie’s general manager.

As operations expand, more jobs could be added, Birch said. That could happen as the company expands distribution. There are hopes that Dixie could be shipped not only across the United States, but internationally as well.

Unlike the old plant on Tulane Avenue, the new location is not simply a brewery.

Visitors can eat and drink at a restaurant and beer garden. There’s also a 100,000-square-foot lawn out front, and there are three bocce courts. "You can throw a ball while you're holding a beer,” Birch said.

And as Dixie returns to New Orleans, there are plans for new flavors in the future.

The area where the brewery sits has its challenges. It’s industrial, and there is a lot of blight and debris in the roads.

Birch said city leaders are working with the company to try to get it cleaned up.

“I think what we struggle with is New Orleans East is an area that has been forgotten to a certain extent,” he said. “What do we need to do to get this part of town rocking and rolling again?”