'Do not take the bait' from violent agitators, NOPD asks protesters

Chief Ferguson noted that there has not been any proof of 'outside agitators' at New Orleans protests so far. 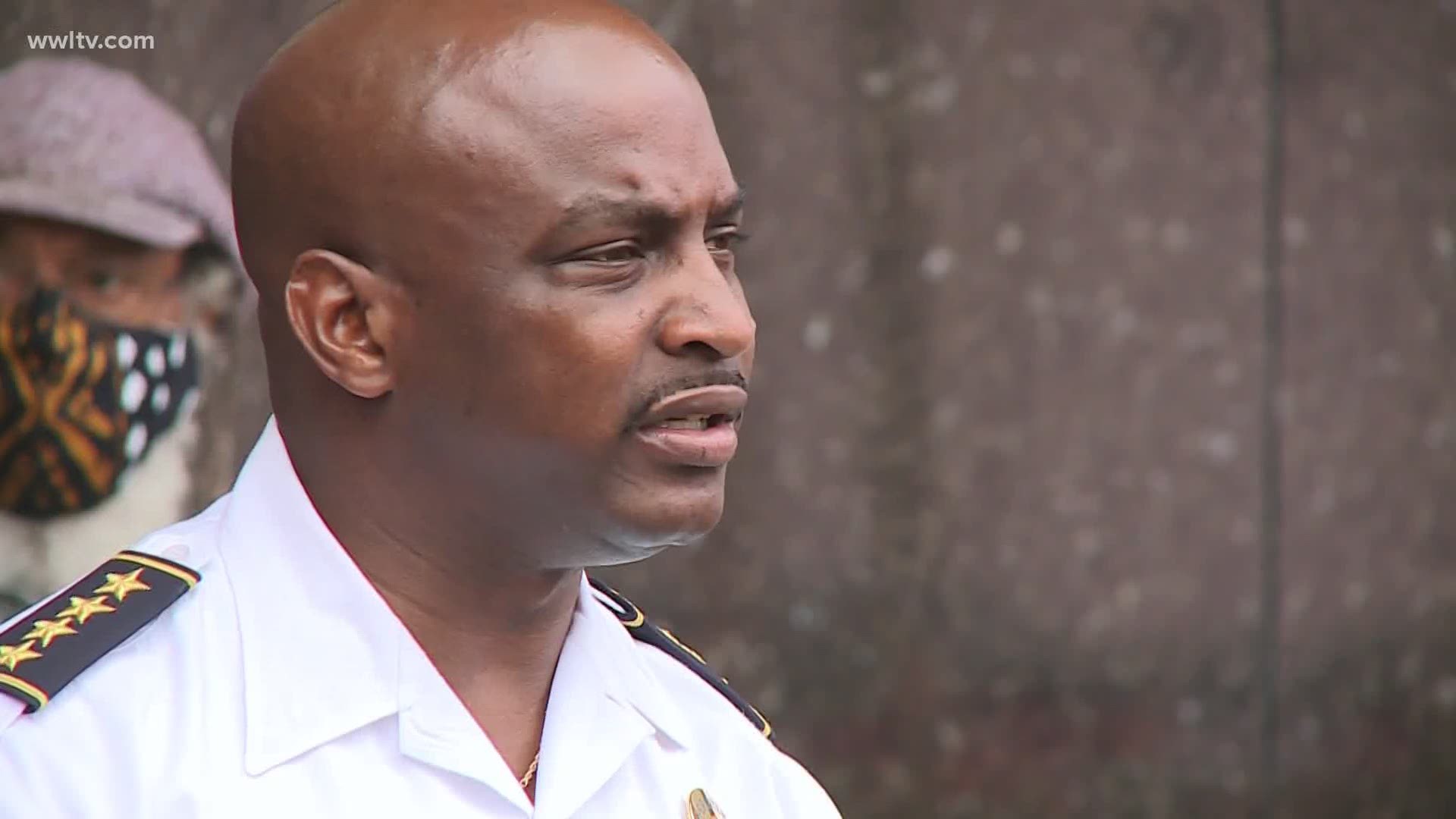 NEW ORLEANS — With more protests planned in New Orleans this week, police Superintendent Shaun Ferguson says he applauds the protestors who have kept the peace.

Standing in front of headquarters on Tuesday morning, the New Orleans police chief asked protestors to not "take the bait" from others who would incite violence during otherwise peaceful protests.

"Anyone wishing to cause any issues of violence, destruction... we're prepared to engage them," Ferguson said.

Ferguson said the department had received information that people from other cities were possibly traveling to "create chaos, create nonsense, create a disruption."

"So I'm asking the city of New Orleans, our community, even our visitors who are here now, please do not take the bait."

The chief's words come amid days of civil unrest across the country in which some cities have seen looting, buildings burned to the ground, and clashes between protestors and police.

But protests in New Orleans have painted a picture of peace that Ferguson and other community leaders praised as a "beacon of light" and a great example on how to raise a community's voice without violence.

"It's okay to be angry, but my grandmother taught me a lesson: It's not what you do, it how you do what you do," Bishop Lester Love of the City of Love church said. "Now New Orleans has the opportunity to be a leader that it has been for a few days, knowing how to protest, how to be people of peace, how to stand like King, like Gandhi, like Jesus did."

"Our citizens have been voicing their concerns without the violence and we're encouraging them to continue to do so," Ferguson said.

With more protests planned in New Orleans, leaders hope that the peace continues.

"We will not and shall not allow outsiders or anyone to come into our city and destroy our city," Ferguson said.

The chief noted that there has been no evidence of any "outside agitators" in New Orleans, but said that it is a problem that other cities are facing. Ferguson noted that state and federal authorities are ready to step in if necessary to stop any violence.

President Donald Trump threatened on Monday to deploy the U.S. military in cities unless local leaders dispatch National Guard units to "dominate the streets" in reaction across the country.

RELATED: Some governors reject President Trump's call to send in military on protesters