Dong Phuong king cakes harder to get than ever

Because of demand, the bakery can no longer distribute to small businesses as it has been doing for several years. 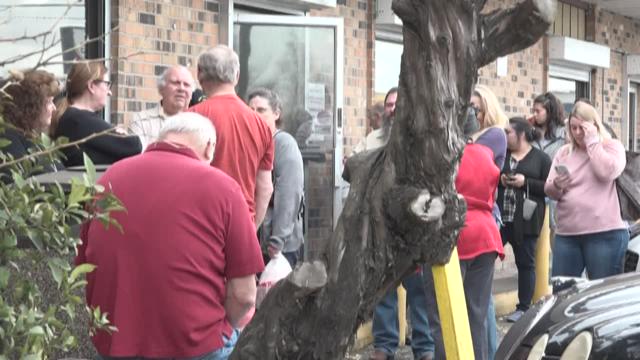 "It's the way the dough is made," Claire Mayor who drove in from Destrehan said. Specifically, it's fluffier and flakier than a traditional king cakes.

After the bakery won a James Beard Classics Award in January, it's popularity skyrocketed.

"Once it was announced it was night and day," Manager Arthur Loughlin said. "The association, they warn you that you've won before hand."

Loughlin tells us growth has been explosive, so much that the bakery has maxed out its capacity to produce king cakes per day.

"We can make a thousand and sell a thousand," he added.

When Eyewitness News stopped by the bakery Thursday, the wait was up to 45 minutes and tickets were given out to those in line.

"I know friends who paid a lot more, but the true experience is to come to the East," said Courtney LeBlanc, who drove all the way from Madisonville.

Because of demand, the bakery can no longer distribute to small businesses as it has been doing for several years. Courtney Enderle who owns Bird's Nest Cafe in Lake Vista is one of them.

Enderle switched to Antoine's, however she wants to carry a variety, including the Dong Phuonh king cakes.

"There's still many people who call or come in looking for Dong Phuong," she said. "I hope that they can step it up and bring back to the community that helped them get going."

Back in New Orleans East, bakers have been working around the clock to keep up, as the line of customers stretch.

Currently, the bakery is selling out every day, so when is the expansion?

"That's definitely an issue to be discussed," Loughlin answered.

But first, he says the bakery has to make it through this season.