Dozens evicted from low-income units at American Can complex 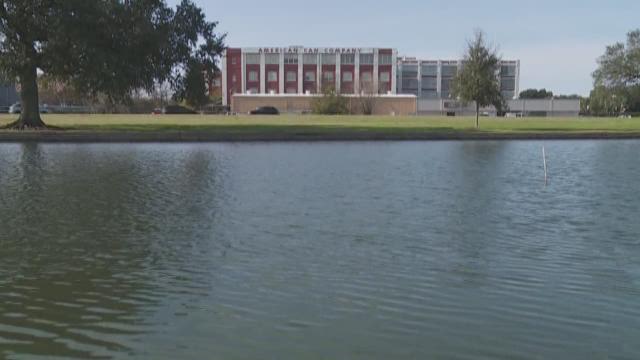 NEW ORLEANS -- Michael Esnault and his partner Anne Tucker have lived in the American Can Apartments building for the past six years, but they’ll soon be former tenants – through no choice of their own.

They recently found a note taped to their door notifying them that they had until the end of December to vacate their apartment.

"(It’s) definitely a slap in the face," Esnault said. "I always paid the bills on time and everything else. What got me is the corporate greed."

Dozens of families are losing their leases at the Mid-City apartment building as the operators phase out all of their subsidized and low-income units.

Esnault and Tucker are leasing one of the 53 units in the building set aside for low- and fixed-income families.

The American Can was built in part with government subsidies, including $29 million in tax-exempt bonds.

Those bonds required the owner to keep 20 percent of the units for affordable housing for a minimum of 15 years.

That requirement expires at the end of January.

Those tenants are now losing their leases.

Esnault is a disable Vietnam veteran who gets a monthly housing voucher from the Veterans Administration, and he’s not the only one with a disability who will soon be forced out of the building.

"They got a 94-year-old woman here, Miss Hardy -- Thelma Hardy, they're putting her out," Esnault said. "I got friends with disabilities. Most of them are black and elderly. They got other vets in here. They're putting them out on the street."

"There was no humanity to it, it was like ‘get out,’” Tucker said. "It's the Holidays. They're like ‘bye.’ That alone sort of had me scratching my head."

"We always have a concern when a mass eviction is happening that primarily affects say, people with disabilities or other groups that may be protected under civil rights law," Adams said.

Tenants now being asked to leave say finding a new place to live in the middle of an affordable housing crisis in the city, is difficult for them.

"The rent is totally outrageous," Esnault said. "There's no cap on it. I mean, the people who live in New Orleans were born here. We won't be able to stay here anymore."

Attorney Randy Opotowsky who represents ACV told WWL-TV seven residents are losing their leases by the end of January. He said the rest of the low-income leases will be phased out over time.

Opotowsky also said the company is working with tenants to help them find new homes.

In the meantime, Esnault has a message for his American Can landlords.

"Home is for people, not for profit and Ebenezer Scrooge,” he said. “I hope you enjoy your Christmas.”