"I think I'm just being targeted, obviously, by Mayor Cantrell or the City of New Orleans. And it's just not right.” 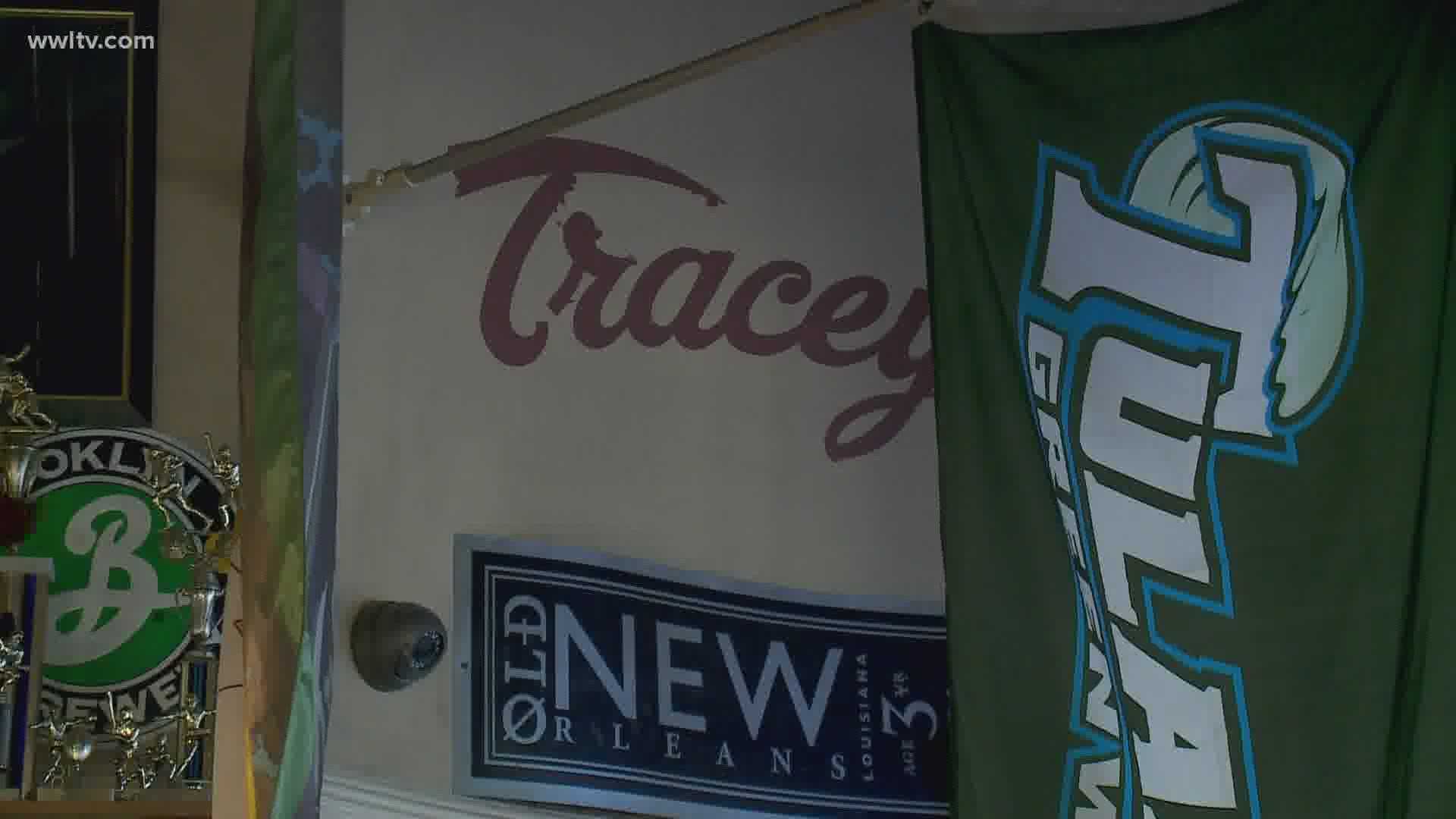 Newly released public records seem to support that assertion. City Hall emails appear to show that officials did not afford Tracey’s the same due process as seven other establishments that were named in official complaints about operating during the pandemic.

In every case except Tracey’s, Reid wrote emails stating that he would have his staff inspect the location. Regulators shut down both Tracey’s and Carre, the latter after Reid said his staff would “put (Carre’s owner) on notice and inform him that further complaints will result in a shut down.”

The complaint against the Mother-In-Law came in Friday, the end of the time period for public records requested by WWL-TV, so emails showing the city’s response to it were not provided.

By contrast, after receiving complaints about Tracey’s on Tuesday morning, Reid emailed Safety and Permits Director Tammie Jackson and Chief Zoning Official Ashley Becnel shortly after noon, saying, “Don't forget about the cease and desist order for Tracey's today. I have to provide confirmation today.”

Becnel asked what the order should say, and Reid responded: “Get with Tammie, I am sure that you guys can review the video and write it up. Please get with Tammie and she will tell you why we must issue it today.”

Becnel then asked how long Tracey’s should be shuttered. Reid responded: “I think after requesting and the submittal of a reopening plan would be sufficient. I think 48 to 72 hours.”

When WWL-TV showed the emails to Jeff Carreras, one of Tracey’s owners, he was flabbergasted.

“Amazing,” he said. “And I think I'm just being targeted, obviously, by Mayor Cantrell or the city of New Orleans. And it's just not right.”

Carreras has disputed City Hall’s allegations from the start. Tracey’s was cited after it posted videos on social media of New Orleans Saints fans celebrating a touchdown during the team’s televised Sept. 21 loss to the Las Vegas Raiders.

“I did see the social media video that was sent to me today. And I can tell you that I am very concerned by what I saw,” Moreno said.

By Sept. 23 at 10:30 a.m., officials had issued a cease-and-desist order to Tracey’s, shutting it down for violating social distancing and mask requirements and for serving patrons at the bar. Cantrell tweeted the news.

But Carreras said the bar seen in the video was actually an island in the middle of the restaurant, used for food-service seating, that tables were all 6 feet apart and that customers wore masks when they weren’t at their tables.

Another video posted on social media during the football game showed Tracey’s had a reservation book in place to collect patrons’ names and telephone numbers, as required by the guidelines for potential use in contact tracing if someone present were to test positive for COVID-19.

“I don't know why they're targeting me, why they're trying to hammer me,” he said. “I have no idea what what's behind it all.”

Carreras speculated that the animus started in March, when a large crowd gathered outside Tracey’s on St. Patrick’s Day, just as Cantrell was banning large gatherings. Cantrell tweeted about the crowd at Tracey’s that day, and she singled out Tracey’s again on Twitter for last week’s closure.

“Why would she not talk about these other places that are on this list?” Carreras asked. “She's not tweeting about that. She's just tweeting about Tracey's, and I'm catching all the flak and it's hurting my business.”

Asked why the complaints against Tracey’s were handled differently, Cantrell spokesman Beau Tidwell sent an email that didn’t answer that question. It did double-down on the administration’s position that Tracey was operating unsafely during the Saints game, however.

“The City moved swiftly to take action based on the violations broadcast in the video Tracey’s posted to social media, depicting conditions which were unsafe and in violation of the public health guidelines,” Tidwell said. “The cease and desist order they received laid out a clear path forward to resuming operations, which they were quickly allowed to do once they took action to come into compliance.”

Tracey’s was allowed to reopen Friday, two days after the closure and shortly after Carreras said Reid and Jackson made the first official in-person visit. Carreras said he had to remove some seats, to present photos proving the tables were properly distanced and show the reservation book.

But that same day, City Hall sent Tracey’s a notice that its operations and finances were being audited. It also hasn’t renewed Tracey’s alcohol permit, so the business still can’t sell alcoholic beverages.

“The administration’s continuing actions against Tracey’s are causing more economic losses to the business and employees, and tarnishing their reputation with their neighbors and community,” said Timothy David Ray, Tracey’s attorney. “We hope the mayor’s office will work with our client to ease tensions and resolve these matters swiftly.”