Emeril's reopens for the first time since March 2020

“We lost a lot of talented people in the city of New Orleans between the storm and Covid that went elsewhere." 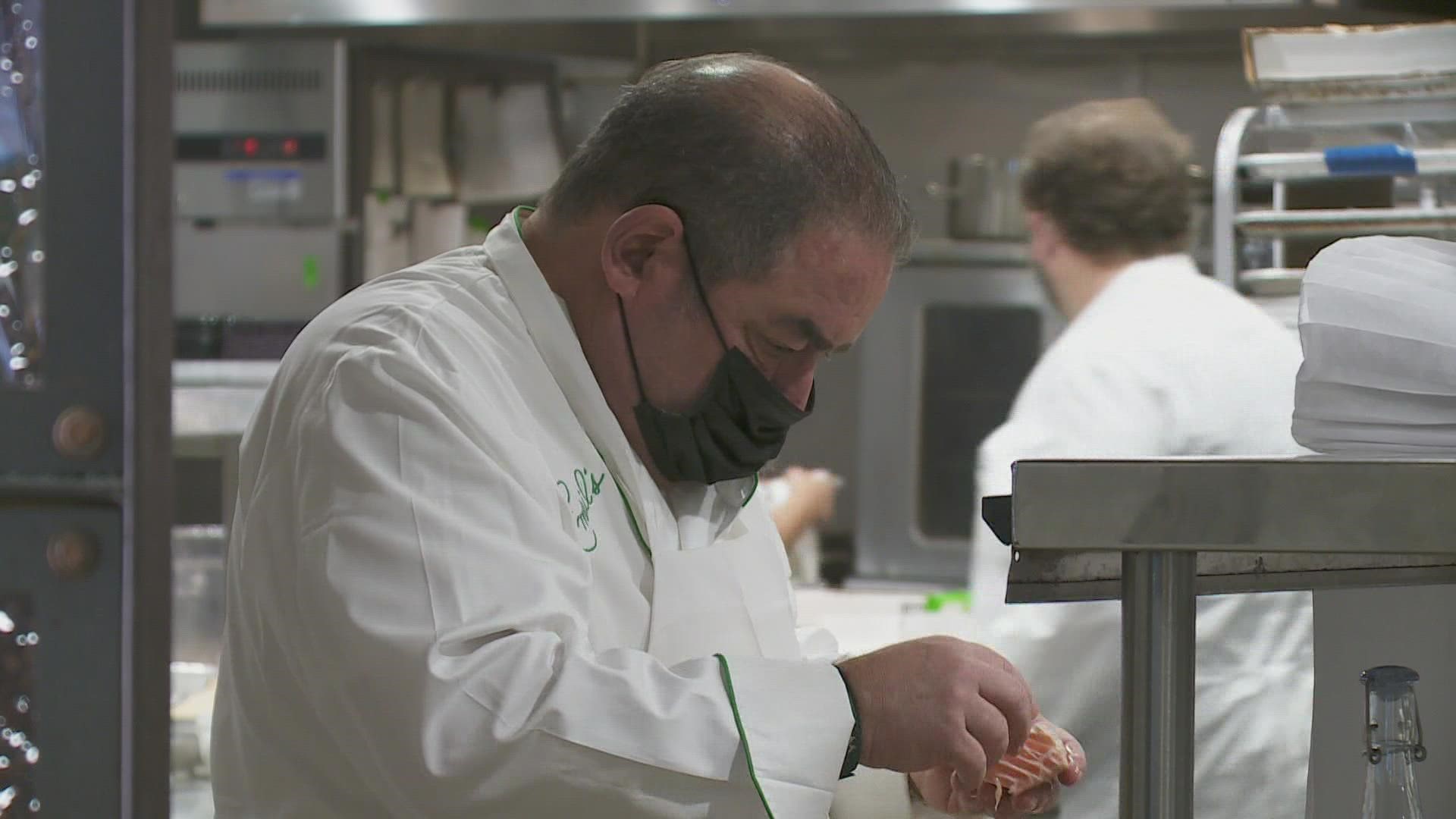 NEW ORLEANS — Even after 31 years in business, Emeril Lagasse is nervous and excited.

His flagship restaurant known by locals and visitors alike reopened Tuesday for the first time since March 2020.

“Feeling a little anxious, very excited, excited for my team,” said Lagasse, speaking with WWL-TV’s Paul Dudley. “It’s been a long time in the works.”

It’s been a hard year-and-a-half for restaurants and Emeril’s is no exception. The pandemic forced them to close and then, just as they were about the reopen, Hurricane Ida hit. The combination made it hard to staff the landmark establishment.

“We lost a lot of talented people in the city of New Orleans between the storm and Covid that went elsewhere,” Lagasse said.

Before the pandemic, there used to be around 900 people working at all four of Lagasse’s New Orleans restaurants. Now, between this restaurant and Meril down the street, there are about 400. Lagasse says they started offering more incentives like signing bonuses and other benefits to attract workers. It allowed them to come back but as Emeril’s returns not every restaurant can say the same.

“That’s a lot, it's been a strain and it left many of them in a thin state, pretty dire financial status,” McNulty said.

Add on a storm and many spots have decided to close permanently. Places like Cavan on Magazine, Porch and Patio in Kenner and even smaller shops, like the Donut Hole in LaPlace.

“All the owners told me, these are very different places, they said after the pandemic, after all we’ve been through -- Hurricane Ida was the last blow,” McNulty said.

Lagasse says he understands the struggle fellow restaurants are going through. Two of his other restaurants. Nola and Delmonico are still closed. Yet-- Lagasse considers himself one of the lucky ones.

“I can say we are very blessed with what we have. The team is ready. We are ready for tonight,” Lagasse said.