Entergy New Orleans said it cut more than three times the power than was required, leaving nearly 26,000 people in the dark and without heat for almost two hours. 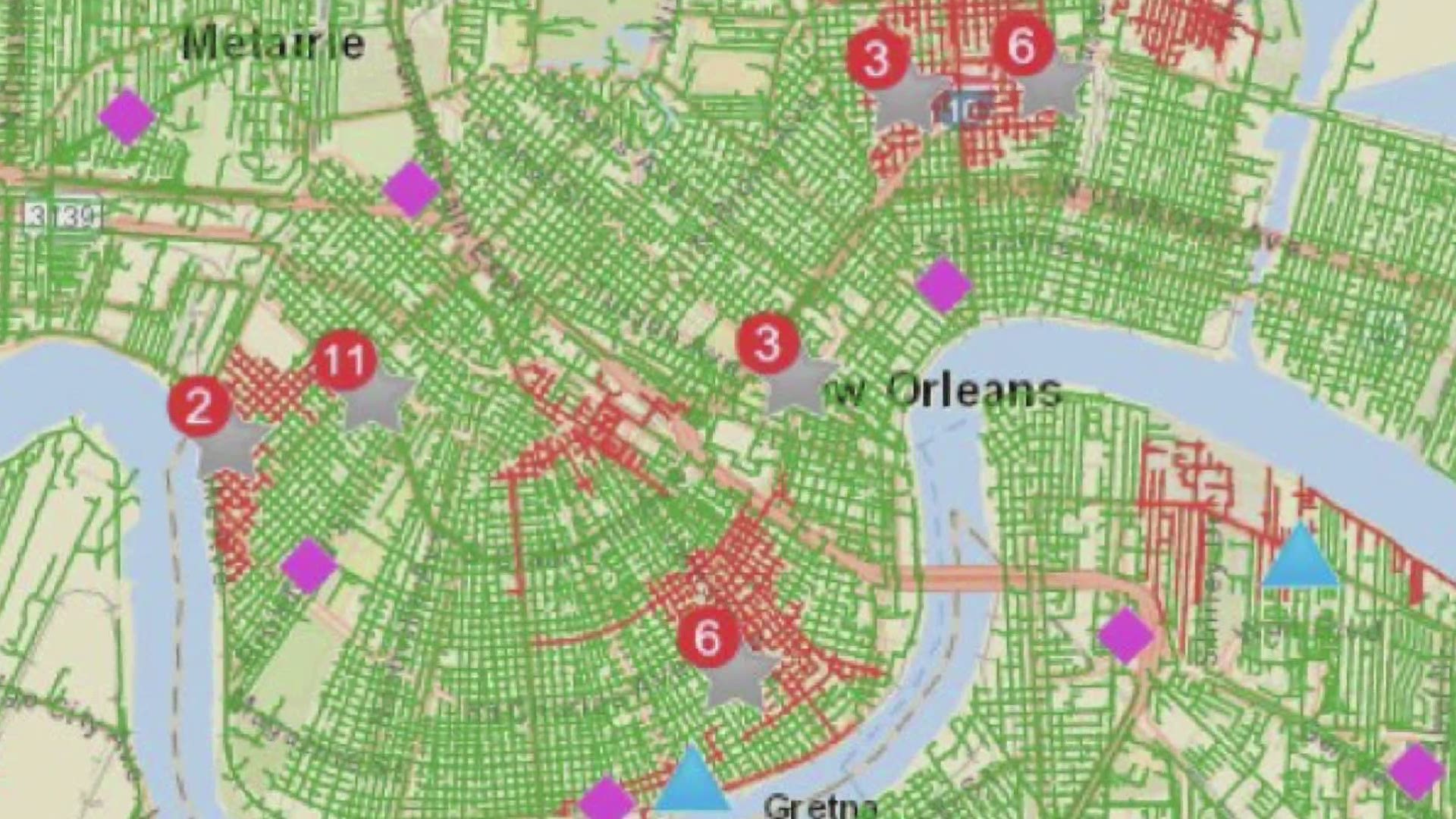 The company said it cut more than three times the power than was required, leaving nearly 26,000 people in the dark and without heat for almost two hours. Entergy said it shut off 81 megawatts of power to the city after it was asked to shed just 26 megawatts.

The outages also shut off power to the Sewerage & Water Board of New Orleans’ pumps that pull water from the Mississippi River. Backup generators restored power, but S&WB executive director Ghassan Korban had to call Entergy to remind them how critical those pumps are to the city.

It took about 45 minutes for the S&WB to restart the water intake pumps using generators. That avoided any impact on the city's drinking water, but a similar problem in 2018 led to a boil water advisory that lasted for days.

A spokesperson for the company later said it was their mistake.

The outages were ordered in an effort to try to stop the power grid from failing completely as demand for electricity rose when temperatures fell.

Entergy New Orleans said it was still looking into what happened during the outages - an answer that angered the council further.

“You all can’t even explain today why it happened?” Councilmember At-Large Helena Moreno asked. “This is so unacceptable. I am almost speechless.”

This is a developing story. Stay with Eyewitness News on WWL-TV for updates on this story.