Authorities say the father and son left to go fishing around 8 a.m. that morning. 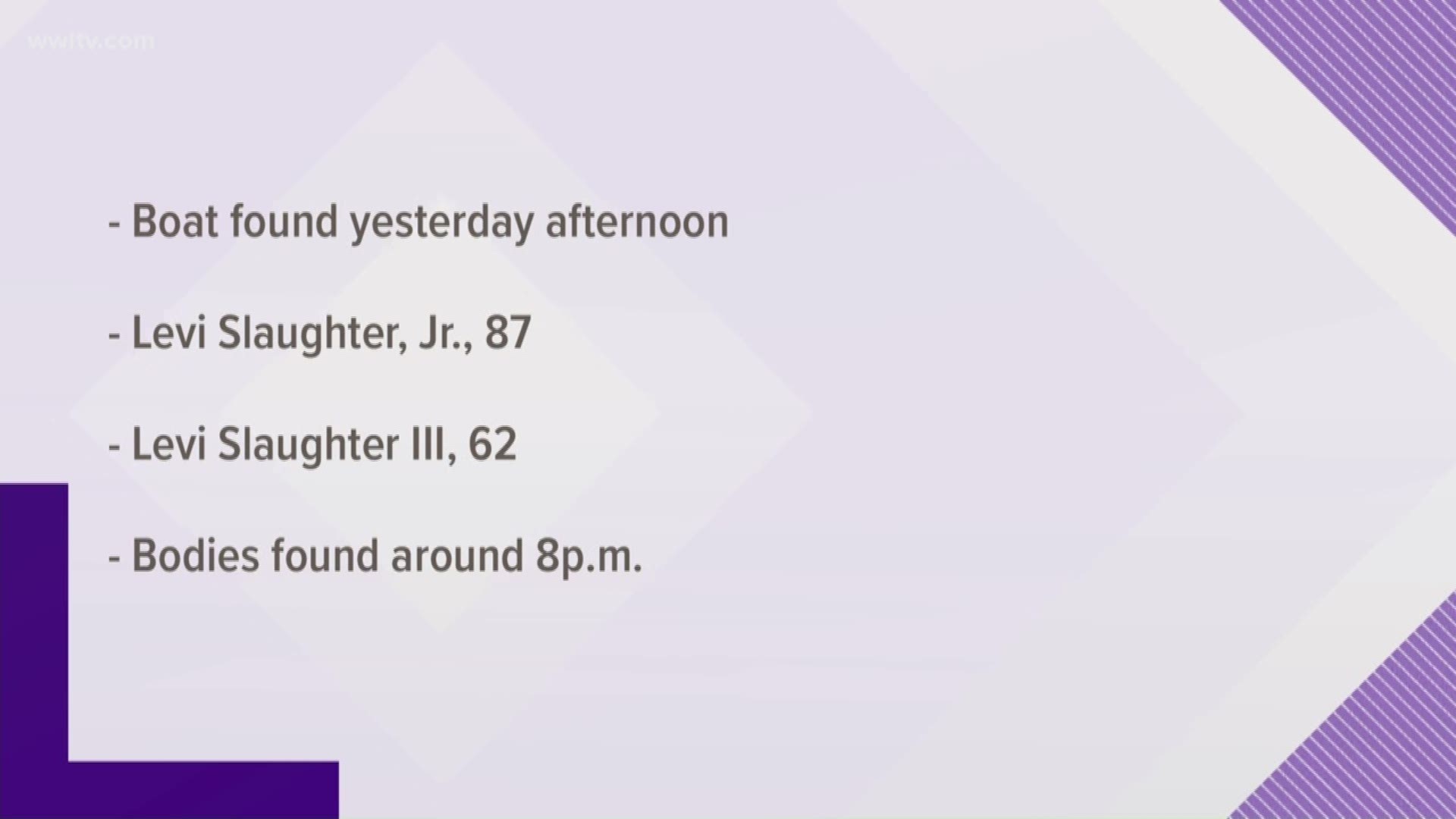 NEW ORLEANS -- A father and son were found dead in Lake Pontchartrain after taking their boat onto the lake to go fishing.

According to the Louisiana Department of Wildlife and Fisheries, LDWF agents, NOPD officers and the US Coast Guard were dispatched to search Lake Pontchartrain for Levi Slaughter Jr., 87, and Levi Slaughter III, 62, after their boat had been found unmanned Saturday afternoon.

Authorities say the father and son left to go fishing around 8 a.m. that morning.

First responders found their bodies near the unmanned vessel around 8:15 p.m. that night.

" It is unknown at this time what caused the men to enter the water," a statement from the LDWF said.

Neither of them were wearing life vests when they were found. Their deaths are under investigation.