Faubourg beer coming to taps this weekend, store shelves in May

The former Dixie Brewery is officially launching under its new name. 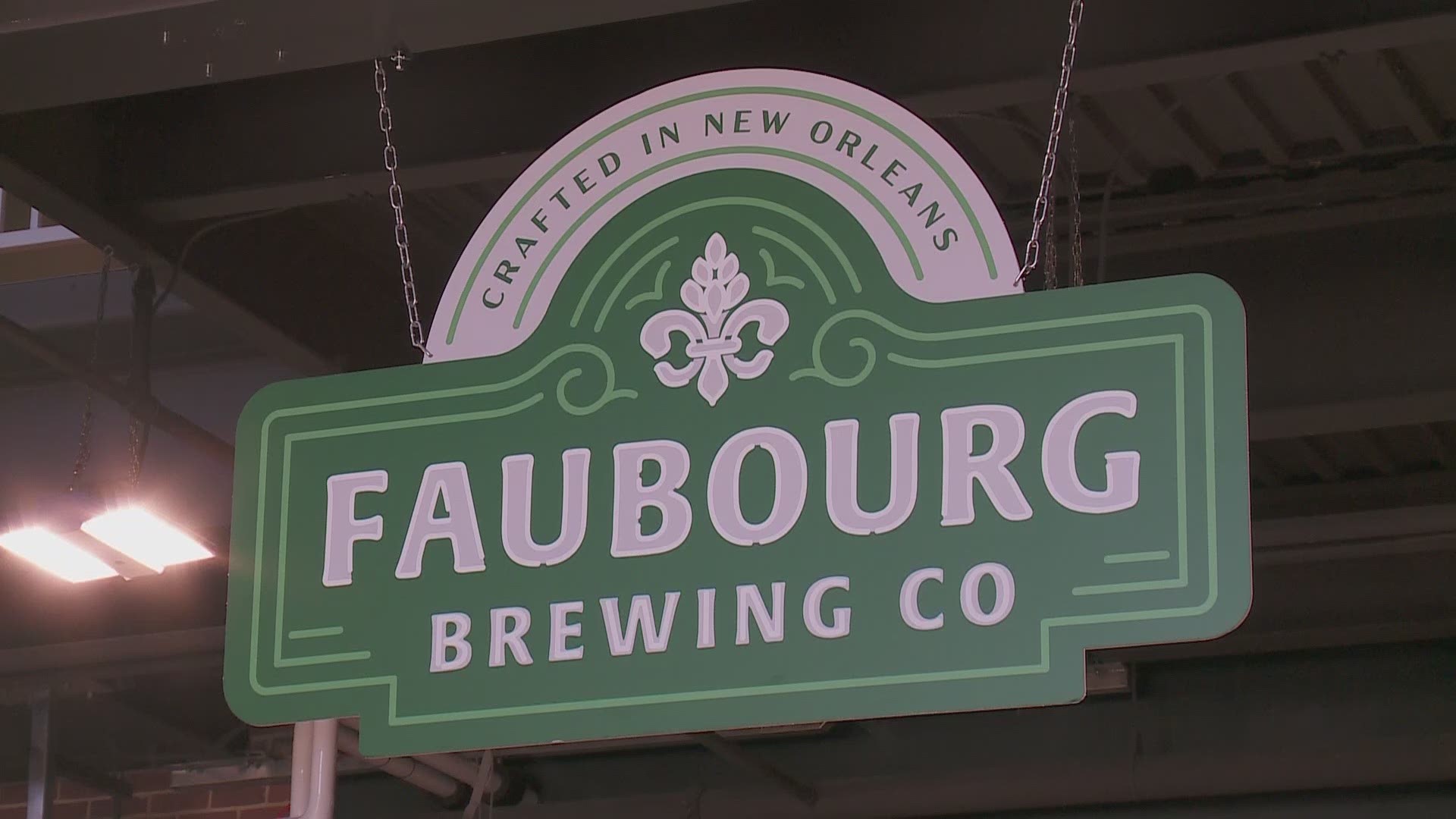 It is also the new name for Dixie beer.

“We want (the new name) to be representative of New Orleans,” Faubourg GM Jim Birch said. “We want it to be something that people smile when they hear it. They make a connection.”

The term Dixie has long been associated with slavery and the old south.

Birch says the beer now has a name that celebrates every corner of New Orleans.

“I don’t think this is an example of ‘cancel culture’ at all.” Birch said. “This is our brand and the purpose of what we’re trying to do with this brand is to create something for New Orleans that is also exportable, and we decided we couldn’t do that with the Dixie name.”

Faubourg will be on tap at area bars beginning next Friday.

The first cans and bottles with the new Faubourg label hit store shelves in May.

The flagship lager is inspired by the original Dixie recipe, minus the rice.

“We’ve put in additional barley and some malts,” Birch said. “We use a hop called Saaz, which is a traditional Bohemian hop. That gives it that really nice, crisp, slightly spicy mouth feel.”

Westbank native Kendell Hills got a job at the brewery about a year ago.

“Basically, we have more vendors, more people that’s behind us because of the name change, so it opens up opportunities for us to hire more people,” Hills said.

The brewery officially retires the Dixie name on Saturday, then on Sunday the company completes the transition to Faubourg Beer.

“This a brand that we do want be the most important brand in New Orleans, again,” Birch said.

The brewery received more than 5,400 brand name suggestions from the public. Faubourg was one that kept coming up.

Thursday, he called the name change “reflective of what inclusion and equitability is all about. The evolution away from what was harmful and exclusionary to a brand that exemplifies the best of who we all are. The best of community. The best of our neighborhoods, and the best of what makes New Orleans great. All of its people. That is what culture is all about.”