“We just love doing what we’re doing, helping our citizens making sure everyone is safe at all times." 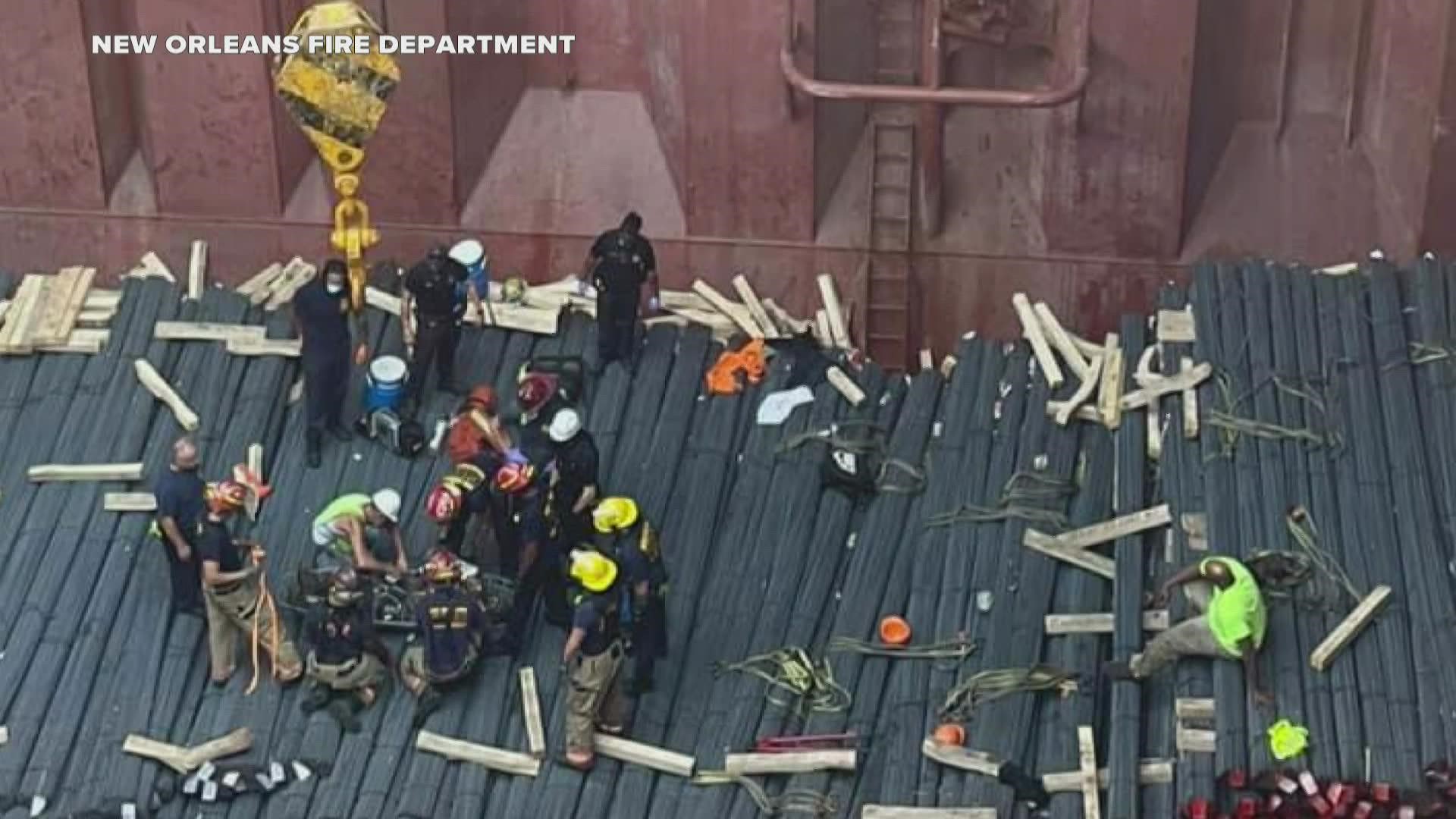 NEW ORLEANS — It was a daring rescue on the river as New Orleans firefighters saved a man who tripped and fell about 100 feet into the hull of a ship.

It happened Tuesday afternoon on the St. George, a cargo vessel docked at the Poland Avenue wharf on the Mississippi.

“EMS was already on the scene,” Fire Captain Scott Chapuis said. “The individual had fallen and broke his arm or apparently broke his arm. They had already bandaged it up, but they needed us to evacuate the individual out.”

Chapuis and the NOFD Rescue Squad answered the call.

Fire Operator Michael Adams is one of the firefighters who climbed down into the cargo hold to rescue the longshoreman.

"Most holes aren’t a hundred feet deep to rescue someone out of,” Adams said. “That might have been the trickiest part to the rescue. It takes more rope, more people to get him out of such a deep hole.”

Adams showed us some of the equipment firefighters used in the rescue including what’s known as a Stoltz basket. They secured the man into the metal frame basket by weaving a series of straps and webbing around him.

A crane on the ship lifted him to safety.

How did firefighters feel about the role they played in the rescue on the river? To a man they said this is what we train for, this is why we joined the NOFD.

“We just love doing what we’re doing, helping our citizens making sure everyone is safe at all times,” Chapuis said.

The victim was working on the ship, offloading steel rebar.

EMS took him to a local hospital.