Mischler says due to furloughs all fire units are now carrying only three firefighters instead of the standard four. 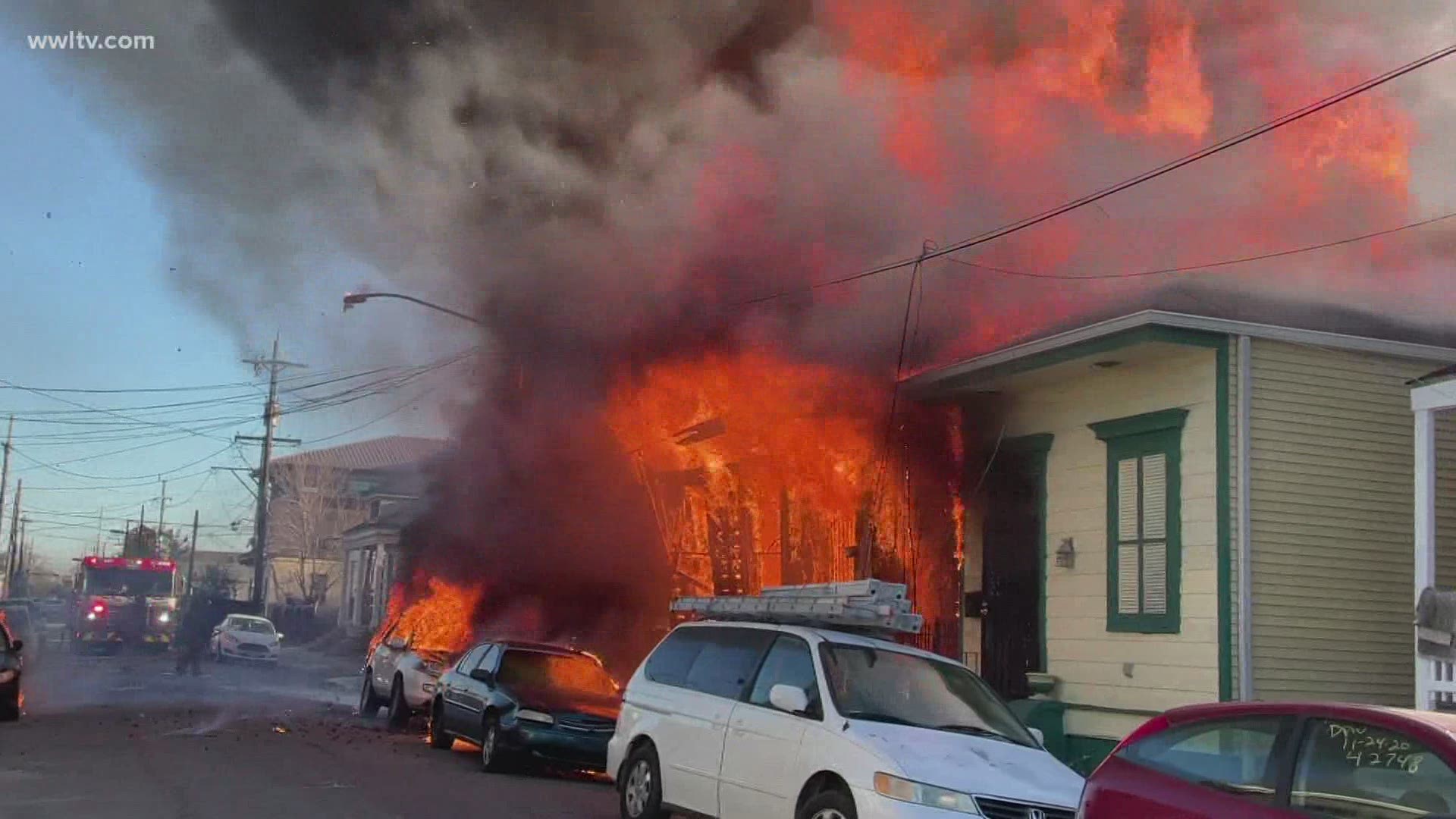 NEW ORLEANS — In the aftermath of a house fire in Tremé, some New Orleans firefighters are clashing against claims by the city that furloughs are not affecting response times. the union representing city firefighters says many things went wrong in the response Tuesday, starting with the dispatch call.

The three-alarm fire destroyed an abandoned home and damaged two other houses in the 2400 block of Dumaine Street. The fire also sent a 6-year-old girl to the hospital with burns on her neck. Firefighters say seconds matter when they get the call to respond.

The science behind fire is that it escalates, it doubles in size every 30 seconds,” said Aaron Mischler.

Tuesday’s fire melted the siding on Alvin Gaines’ home nearby. As the pandemic forces firefighters and other first responders to take furloughs, Williams says the city must make them a priority.

“What are the people going to do when you have less firefighters? Less police officers?” said Gaines.

“It should’ve dispatched as a one alarm, putting 15 firefighters on the scene within that 6-to-8-minute time instead of just three,” said union president Aaron Mischler.

RELATED: Neighbors save woman from burning home, now they want to keep her in that home

Mischler says due to furloughs all fire units are now carrying only three firefighters instead of the standard four. One of their nearby fire stations, rescue 7, was technically open Tuesday, but because of the furloughs, the union president says it was only half-staffed.

“Another three to five firefighters would’ve on the scene with them yesterday which would’ve allowed them to do more on the scene immediately,” said Mischler.

“You can play the hypothetical what if game all of the time, the fact of the matter is, and I said this before the city council, furloughs do have an impact. We have companies out of service on a daily basis right? So, it reduces our overall staffing, but we’ve taken steps to make sure its response times are within a reasonable time frame,” said Roman Nelson, interim superintendent of the New Orleans Fire Department.

Chief Nelson says based on the information at the time of the 911 call, dispatch made the right decision to send just one unit.

“The dispatch call came out absolutely correctly because they dispatched on what they were told. It was just the caller saying they did not know where the fire was coming from, they just saw smoke in the area and smelled smoke in the area,” said Chief Nelson.

“To put out there that public is at some heightened risk or danger because of the situation is just not true,” said Chief Nelson.

In the wake of this week’s fire, some firefighters say that claim is going up in smoke.