Dylan Tete founded the community to give fellow veterans something he needed, but couldn't find when he returned home. 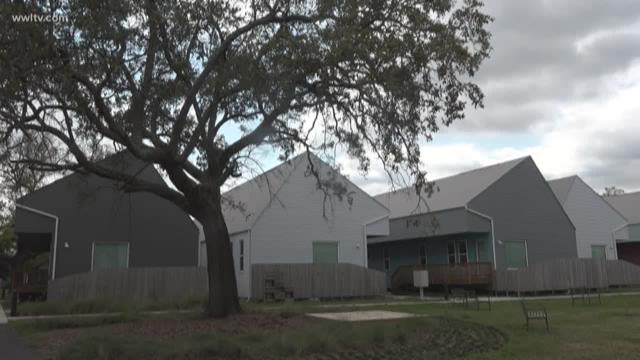 NEW ORLEANS -- It's the first of its kind and its right here in New Orleans.

Bastion Community of Resilience is a veterans-assisted community and a neighborhood for former soldiers and their families.

It can be a difficult transition for people returning from war.

"You're not a soldier anymore, but you're not a civilian anymore so it's hard to blend into everyday life," resident and veteran Joshua Earl said. In 2003 and 2004 Earl was in Operation: Iraqi Freedom. He was OAF 1 and a military police officer. His neighbor at Bastion, Brandon Dorrington, was in the 160th Special Operations Aviation regimen and deployed to both Iraq and Afghanistan.

After leaving the military, both men struggled to overcome past experiences and create a new life outside of war.

"It was a very tough transition until I got to Bastion," Dorrington said.

Tete designed the community he once needed, but could never find after serving in Iraq.

"I wish I had Bastion when I was at my worst," Tet said. "I could only dream of something like this."

Today the neighborhood has 38 families, including 29 children. Programs like yoga, meditation classes and volunteer opportunities are teaching veterans how to heal and move forward together.

"It's comradery," Earl said. "Feeling like you're back with the people who understand who you are."

"It means a sense of purpose, it means there's a light at the end of the tunnel," he said.

The organization will be running the Crescent City Classic and you can run with them too and help raise money for the veteran services. To sign up click here.